Already after the announcement by the leadership of the Taiwanese company TSMC of intentions to invest up to $ 40 billion in the construction of two enterprises in the state of Arizona until 2026, a ceremony was held with the participation of the American president, other officials and heads of the largest clients of this contract chip manufacturer. According to TSMC, both enterprises will be able to issue products worth $10 billion annually. 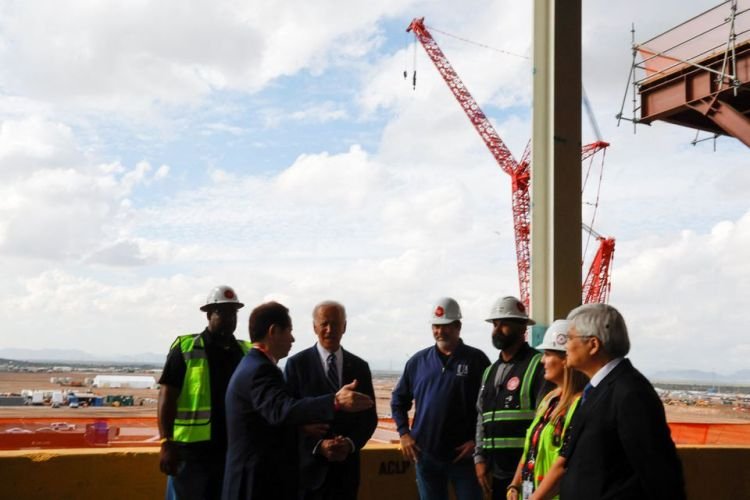 Chairman of the Board of Directors Mark Liu added that enterprises in Arizona will be able to process more than 600,000 silicon wafers annually. By providing TSMC with $10 billion in annual revenue, customers of its US operations will be able to sell more than $40 billion of their own products annually. The enterprises will create 13,000 skilled jobs. 4,500 people will be directly involved in TSMC, the rest of the vacancies will fall on contractors’ enterprises, which will be located in Arizona. TSMC has already sent about 600 engineers to Taiwan for internships to work at new facilities in Arizona.

Apple CEO Tim Cook said his company will be TSMC’s largest customer in Arizona and will continue to expand over time. AMD also promised to keep up and source products from both TSMC’s Arizona facilities. Representatives of NVIDIA escaped with a general phrase about the fact that the company will use the products of all TSMC enterprises. Recall that the first of the company’s enterprises in Arizona will launch the production of products using 4-nm technology by 2024, and the second will master the production of 3-nm chips by 2026. TSMC Founder Morris Chang, now 91, did not miss the opportunity to raise a glass of sparkling wine at the ceremony and admit that 25 years ago he dreamed of building the company’s enterprises in the United States.

VASHCHUK: “Lucescu came, Dynamo didn't. There is no scientific group"

Radeon RX 7900 XT(X): Hardly any more goods on the market

Update 1.0.6 has been released for House Party