The Legacy of the Moonspell DLC for Vampire Survivors brings eight additional characters, over a dozen new weapons, six music tracks and a new huge level.

The very favorite vampire-less vampire game brings one last big piece of news to wrap up this crazy year. Vampire Survivors is getting its first DLC – going where the sun doesn’t shine!

The DLC is called “Legacy of the Moonspell”, will cost 1.99 euros and will be released on December 15th on the PC via Steam and on the Xbox. This exorbitant price unlocks a colorful mix of new content: Eight additional characters, over a dozen new weapons, six music tracks and a new huge level. 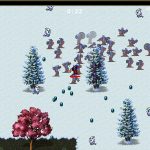 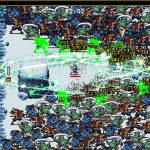 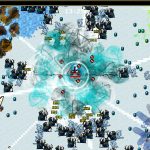 Their long search for a real vampire has led our heroes to an alternate dimension of infinite night. Surely they’ll find a bloodsucker or two here, right?

Assemble a clan of monster hunters from feudal Japan and an array of mysterious weapons that draw power from the moon – a good time is practically guaranteed. 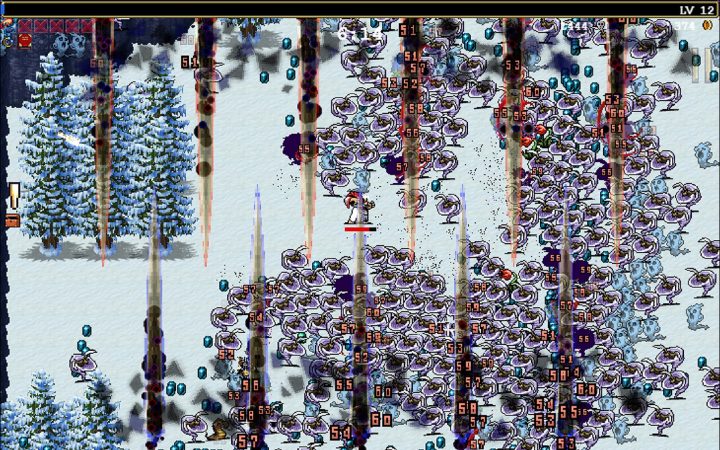 Legacy of Moonspell is the first DLC for Vampire Survivors, introducing a brand new stage, new characters, new monsters, and new weapons to slaughter them with. There might even be some hidden secrets for the curious among you, but we can neither confirm nor deny the presence of vampires. 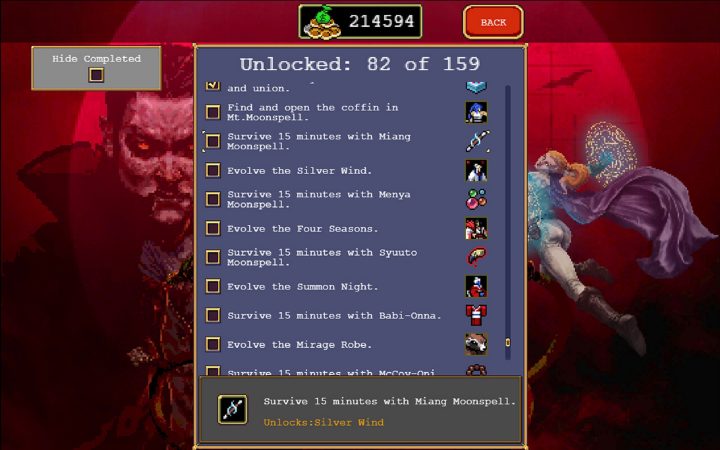 The case of Moonveil: A clan has fallen in the eastern lands. The Moonspell, once vigilant keepers of a magical valley in the mountains, have been overrun by hordes of yokai and oni. Though treacherous, this hotbed of ghostly activity could provide a clue to a vampire’s whereabouts. If not, at least it will be entertaining to defeat thousands of wayward ghosts.

Miang Moonspell – The Moonspell clan’s last disciple before its downfall, and possibly its best. Confidently a shounen protagonist. Menya Moonspell – One of the few surviving Moonspell Elders, Menya’s mystical powers are almost godlike. Syuuto Moonspell – Syuuto is a banished follower of dark new moon magic, yet an enemy of evil. Poor personal hygiene could contribute to his continued banishment. Babi-Onna – She has returned from the dead to exact vengeance on demons and mortals alike, yet has retained her impeccable ability to charm, amuse, and stun.

Mt.Moonspell – The biggest stage yet, a sprawling map with multiple different environments, each with their own challenges and monsters! This one stage includes an abandoned castle, a snowy mountain and a village infested with yokai, and much more.

Silver Wind – An ancient power unleashed by the staff of the Mooncast Clan. Only those born under the moon can wield its power fully (or whoever finds it in a chest, we’re not sure). Four Seasons – A set of orbs that unleash the power of changing seasons, death and rebirth. Summoning the Night – A weapon that drips with the darkness of the new moon. Despite the clan’s superstitions, even the shadows can withstand evil. Mirage Robe – An enchanted kimono woven on a loom from the Earth Spider’s silk, imbued with a fragment of Babi-Onna’s vengeful spirit. Besides, he looks fabulous, darling.

The authors of MMORPG War of Dragnorox shared the development progress

Anno 1800: Developers on Steam and the future of the game

Walnuts in the test: Lidl & Aldi among the winners

Lord of the Rings Rings of Power: Only Female Directors on Season 2 – Number of Episodes Known

How to remove hand shaking in CS:GO when shooting – all the ways