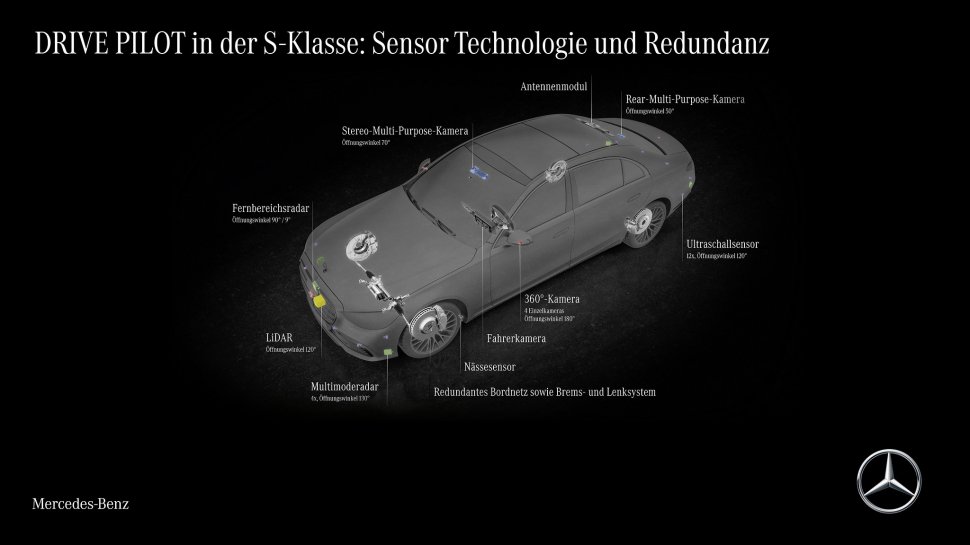 December 8th, 2022 at 10:15 a.m. by Claus Ludewig – Tesla is backing down on its Full Self-Driving autonomous driving mode. You will not rely everything on pattern recognition, but will also install a lidar sensor again.

In April 2021, Tesla CEO Elon Musk toned that his electric cars will not need lidar sensors for autonomous driving. The AI ​​pattern recognition technology should serve as the sole recognition. Cameras should be used to collect enough training data in beta tests on public roads before full self-driving becomes possible. From January 2023 it is clear that Tesla will not rely everything on camera images, but will install radar sensors in its new cars again.

Lidar & Co. are also part of the Tesla competition

Registration with the US communications authority FCC makes it clear that radar sensors and laser scanners will be available again in newly built Teslas from the beginning of 2023. According to the blog Electrek, the American car manufacturer submitted the application for the radar system to the FCC in early 2022, but obtained a non-disclosure agreement. In 2021, Musk still claimed that camera detection was more accurate than sensors. Radar systems can scan a roadway and identify objects based on their distance, direction and relative speed. With 4D radar systems, various reflection points can also be detected. In combination with high-resolution cameras and powerful AI, a car can see its surroundings.

So far there is only one car manufacturer that offers a semi-autonomous assistance system according to level 3 of 5 in mass-produced vehicles. Only Mercedes-Benz has received the necessary certification from the Federal Motor Transport Authority for the Drive Pilot. The Drive Pilot can take over control of the vehicle in traffic jams on motorways at speeds of up to 60 km/h and initiate braking maneuvers independently. The Drive Pilot uses several cameras, lidar sensors and radar sensors as well as special software for orientation. Although the driver can turn away from the traffic situation and play games while Drive Pilot is activated, there are strict requirements for when the assistance system can be used. It shouldn’t rain or snow, and the Drive Pilot only works during the day and not in the tunnel, for example. It will take several more years of development before there are fully autonomous cars after Level 5. Some developers even consider Level 5 to be impossible because it means being able to drive autonomously on all roads worldwide, in any weather and at any time of the day. Level 4, on the other hand, limits self-driving to certain regions, such as in parking garages. Mercedes-Benz recently received certification for the driverless parking system. If the Intelligent Park Pilot subscription has been taken out in the Mercedes-Benz S-Class or the EQS electric car, you can park autonomously in the Apcoa car park P6 at Stuttgart Airport, for example. The Swabian car manufacturer has developed autonomous parking together with the supplier Bosch. Tesla, on the other hand, has – so far – only offered its assistance system according to level 2 of 5, so that the driver always has to watch the traffic carefully, even if FSD is activated.

Collection on autonomous driving at Tesla:

Tesla will be using radar sensors and cameras for full self-driving again from 2023, according to an application to the US Federal Communications Commission (FCC). In April 2021, Tesla boss Elon Musk announced that his electric cars do not need lidar sensors for autonomous driving and the camera equipment with AI technology alone is sufficient. Now the American car manufacturer is also going the same way as the competition.

Atari 50: The Anniversary Celebration: release date announced, there will also be games of the Jaguar