The immensely successful Call of Duty shooter series has long since been able to be played on the go thanks to the mobile spin-off. This version of the game is now in its 11th season – and that will bring plenty of new content in December. 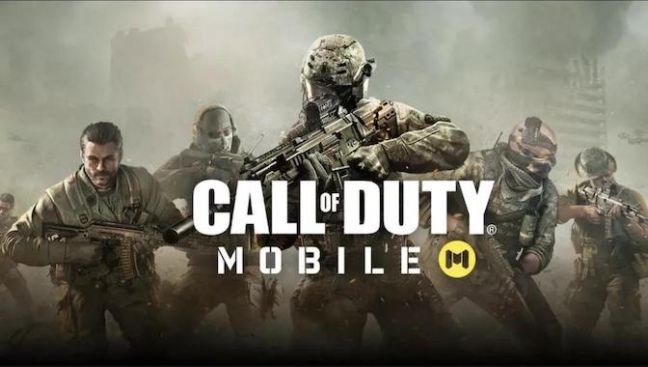 In just a few days, Activision is sending you into an interstellar battle in the smartphone offshoot Call of Duty: Mobile! As announced today, Season 11, titled On the Edge of Infinity, is coming soon as the last such Season of 2022; it starts on December 15 at 1:00 a.m. German time.

This new season will again bring with it numerous operators, weapons and other content, this time revolving around the theme of space and the new Ground War 2.0 mode. Also waiting for you is the new Crossroads map and some special holiday goodies this holiday season.

As you are used to, a new season also brings a fresh Battle Pass. You can unlock rewards for more than 50 new levels, whereby there is still a free version as well as a paid premium version. Included are Operators like Sliver – Comet Search and Synaptic, new weapons like the EM2 – Gilded Hammer or the AGR 556 – Mars Munitions, Weapon Blueprints, Calling Cards, Charms, COD Points (CP) and more.

The new content in season 11 according to official information at a glance:

Ground War 2.0 – In the new Ground War 2.0 mode, the rules remain the same, but the action takes place on the new Crossroads map. The new tank “War Beast” opens up completely new aspects for the players. New Multiplayer Map – The new Crossroads map expands on the Crossroads Strike map from season 10 and offers a snowy environment for Ground War 2.0. Exactly the right terrain to avoid being ambushed by NATO special forces. Carnage to the Target Theme Event – ​​Join an exciting new holiday event and be rewarded with new items, including a frosty weapon blueprint and a cool Operator skin. Santa Snoop – Snoop Dogg returns in Call of Duty: Mobile to celebrate the holidays. Unlocks the Snoop Dogg – Santa Snoop Operator skin, the RUS-79U weapon – Holiday Lights and more. Battle Pass Vault – Do you wish you had completed the Season 2: Judgment Day Battle Pass in 2021? Use the new Battle Pass Vault to purchase previous Battle Passes and gain access to content you missed. Call of Duty: Mobile – Season 11: Ultimate Frontier Trailer

Call of Duty: Mobile will start its 11th season in December with plenty of new content.

GeForce 527.56 WHQL driver released with optimizations for Portal RTX and nextgen version of The Witcher 3

Diablo 4: there is a vial of fake blood among the gifts of Lilith's 'infernal' contest!

Xbox Game Pass: lots of games in November! From Pentiment to Football Manager

Free PC Games: Wolfenstein and LEGO among the Epic Store gifts of 20 and 21 December