Chances are that a new “Crash Bandicoot” will be announced today. Just before the Game Awards kicked off, there was another hint of a reveal. 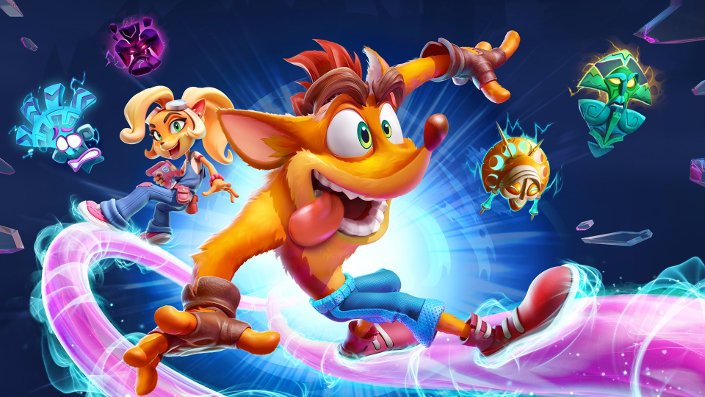 In the coming night, not only all kinds of games will be honored in the course of the Game Awards. There will also be several revelations and announcements.

Star Wars Jedi: Survivor, Tekken 8, and Final Fantasy 16 make the list. And another game seems to be in the towel too. So there are increasing indications that the next “Crash Bandicoot” will be made official in a few hours.

A first hint of the announcement during the Game Awards ceremony came last October, when Activision sent out special “Aku Aku’s Steam-In Pizza Shack” boxes to influencers. On the It was called box: “Hungry for more? Try our new Wumpa Pizza for $12.08” which was obviously a nod to December 8th, 2022 – the day of the Game Awards.

What are you doing tonight?

Several hours ago followed on the official Twitter account of “Crash Bandicoot” the next clue: “So, what are you doing tomorrow?” It says there. It’s a question promptly answered by the Game Awards 2022 host. Geoff Keighley is busy hosting the show.

Such allusions are certainly not accidental, so the idea of ​​a new “Crash Bandicoot” sounds very plausible in a few hours. Rumored to be Crash Bandicoot: Wumpa League which we only recently reported on.

The rumored announcement of Crash Bandicoot has been overshadowed by Microsoft’s proposed acquisition of Activision Blizzard, raising questions about whether a new title would also support PlayStation consoles. An exclusive announcement of “Crash Bandicoot” for Xbox consoles and PC would strengthen Sony’s argument at this point in time, so that such a decision seems rather unlikely.

The Naughty Dog studio, which now belongs to PlayStation, was once responsible for the development of the series. Last year it was made clear why you withdrew from the development.

Just in time for Christmas, Amazon drops the price of Apple's iPhone 14 Plus

Google Stadia, the controller can be used via Bluetooth

Lego is definitely discontinuing this iconic product at the end of the year!