Dyson Reveal the latest information of Dyson Zone Air purifying headphones with active noise canceling will be sold in China. January next year and sold in the United States United Kingdom Hong Kong Special Administrative Region and Singapore After being officially announced earlier this year, the Dyson Zone is back with details on headphones that offer an immersive listening experience that comes with capabilities. in air filtration

With over 6 years of research and development, the Dyson Zone can provide full, clear, realistic sound quality for up to 50 hours with powerful noise cancellation. and accurate sound reproduction full spectrum Comes with the ability to filter air. It captures particles as small as 0.1 microns, and a potassium-coated K-Carbon filter captures polluted gases generated by urban activities. such as nitrogen dioxide and sulfur dioxide 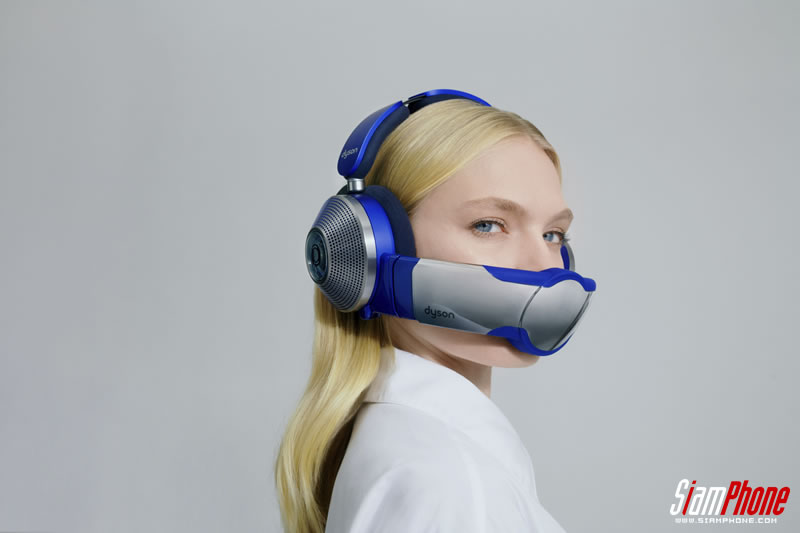 Designed to protect you from all forms of urban pollution.

More than half of the world’s population lives in cities. The proportion of people living in the city is expected to be 7 out of 10 by 2050.[1] Of course, as urban populations expand, public utility networks also grew in tandem Causing an increase in the number of transportation, construction, travel, which directly affects the urban environment, both air pollution and noise pollution, for example

Approximately 90% of New Yorkers who travel by public transportation are exposed to noise pollution that exceeds recommended levels. While one in five people in the European Union is affected by noise pollution, 99% of the world’s population lives in areas that exceed the World Health Organization (WHO) recommendations. Air is not caused by human activity. For example, in Europe West Asia and Africa, according to the United Nations Environment Programme. The main cause of air pollution is due to fine dust produced by wind currents. 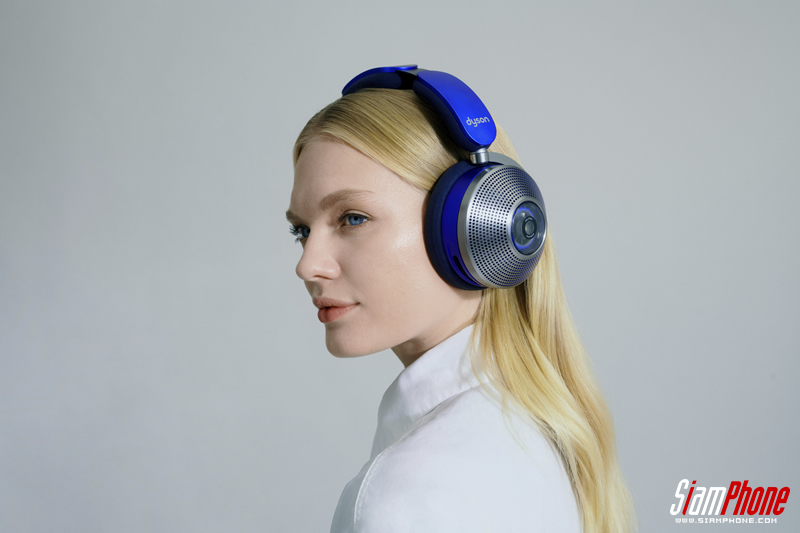 How will Dyson Zone solve the problem?

The Dyson Zone air purifying headphones are designed to combat urban noise and air pollution. Powered by a lithium-ion battery and USB-C charging system, the Dyson Zone can last up to 50 hours when using the headphones alone. Or up to 4 hours when using both the earbuds and the air purifier at the same time. which can be fully charged within 3 hours

The Dyson Zone air purifying headphones are the result of Dyson’s expertise and 30 years of experience in airflow, filtration and motors, and an in-depth understanding of indoor and outdoor air quality. The operation of the air purifier relies on compressors located on the ear flaps on both sides to bring air into the unit through a double filter and release a stream of fresh air to the wearer’s nose and mouth through a contactless visor. The filter section includes an electrostatically charged filter that captures particles as small as 0.1 microns, while the potassium-coated K-Carbon filter captures gaseous pollutants generated by urban activities. such as nitrogen dioxide and sulfur dioxide

The Dyson Zone is designed to deliver crisp, realistic sound with minimal loss of sound quality. Covering all sound areas, including low, medium, high, and can also be used to talk on the phone, record audio and receive voice commands as well The call microphone works with the microphone used in the beamforming ANC function. This allows it to receive speech from the wearer by blocking noise from both the sides and behind the wearer. 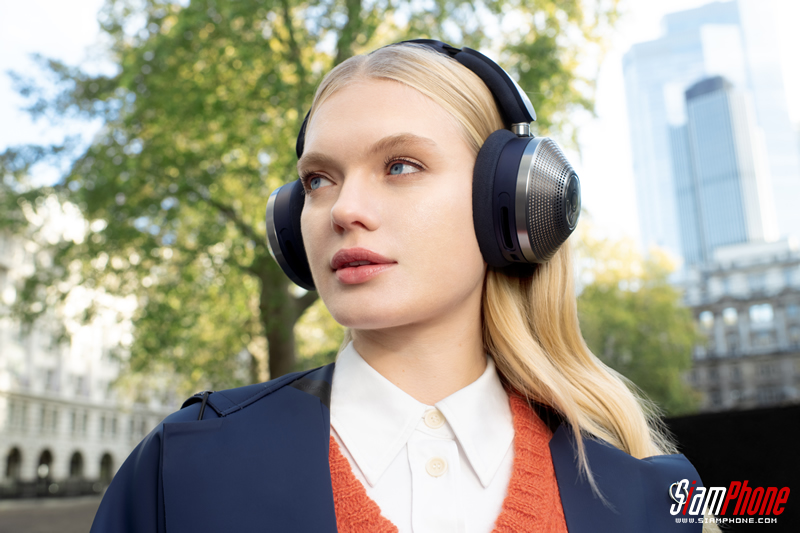 Dyson on the path of sound engineering differently.

The Dyson Zone offers an immersive listening experience. Although most audio developers in the market tend to use Golden Listener to test audio. A person trained to hear and recognize these sounds determines what sound is “good,” but Dyson engineers wanted to use a scientific approach. By researching and confirming the results by expanding the test population beyond the Golden Listener.

Designed to deliver minimal distortion sound : both drivers electronic components Mechanical systems, materials used, are all carefully designed to reduce sound distortion. The intelligent signal technology works up to 48,000 times, resulting in a balanced sound. Combined with noise cancellation technology that reduces sound distortion in all frequency bands.
Powerful active noise canceling system: Use 8 of the 11 built-in microphones to monitor ambient sounds up to 384,000 times per second. It can cut noise up to 38 decibels from 20Hz to 20kHz.
Realistic sound, full spectrum: The Dyson Zone can reproduce sound in the 6Hz to 21kHz range to ensure every note is delivered. It can be challenging to reproduce the sound to match the range of the speaker’s voice. Therefore, the Dyson Zone can reproduce sound in areas beyond human perception. This allows us to deliver clear and realistic sound, capturing every sound spectrum. The wide sound range is due to the electro-acoustic engineering system. and the main components are Speaker driver: 40 mm, 16 ohm, neodymium
Tuned to hear every sound : Driven by scientific measurements and verified by a diverse group of tests, Dyson engineers identify the sound range that delivers the sharpest, most realistic sound possible. And with unique EQ settings that can deliver a clear sound experience.
Get a comfortable listening experience : No two heads are 100% alike, this fact makes everyone’s comforts different. Resulting in the design of both the pressure of the head cover. Removable visor shape and material The ear cushions are designed to be more redesigned than normal headphones to reduce outside noise. By making an angle to conform to the ear area for maximum comfort.

Clear sound in every real situation

There are more than 190 million people around the world who travel by subway. That makes travelers more exposed to air pollution, especially PM2.5 and PM10. In some countries, the air in the subway is more particulate than on the road. 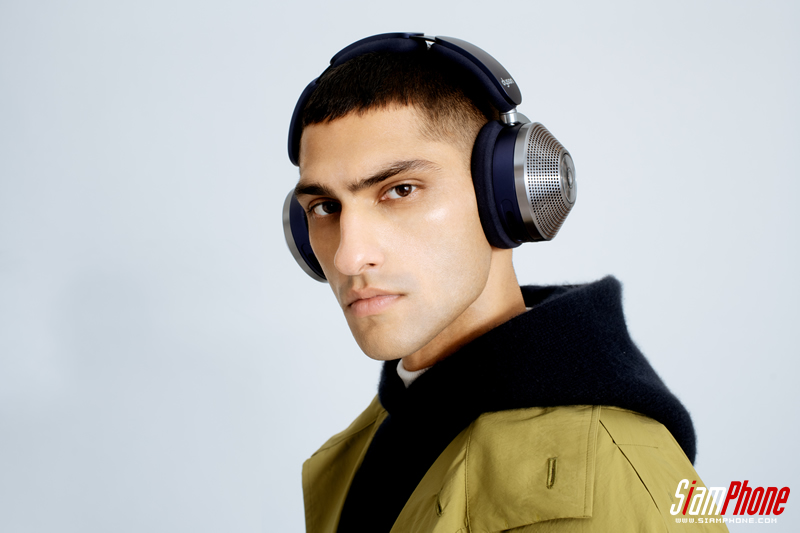 Nitrogen dioxide (NO2) is one of the polluting gases produced by combustion from both automobiles and construction. It also contains sulfur dioxide (SO2) that is most commonly found in the city. The potassium-coated carbon filters are designed to capture these gases. To effectively combat the problem of air pollution in the city, in addition, the Dyson Zone also has a sensor that measures nitrogen dioxide levels and noise pollution levels in real time and displays results through the MyDyson app. The same features that Dyson air purifiers achieve by monitoring wearer behavior and providing health recommendations. One of the functions of the Dyson Zone is that it can automatically adjust the airflow level when Auto mode is turned on and the visor is worn. Head detection will power on standby mode when not wearing. and when the visor is removed, it will automatically go into talking mode Turn off the air purifier and stop the music, effectively extending battery life.

MyDyson Can be used to control the Dyson Zone, adjust the speed of the airflow. and turn on-off the noise canceling system Including adjusting EQ settings as needed You can choose from 3 Dyson EQ (high sound quality) modes, Bass Boost (bass emphasis) and Neutral (flatter response curve). In addition, MyDyson can also adjust the sound and receive advice on ear health. 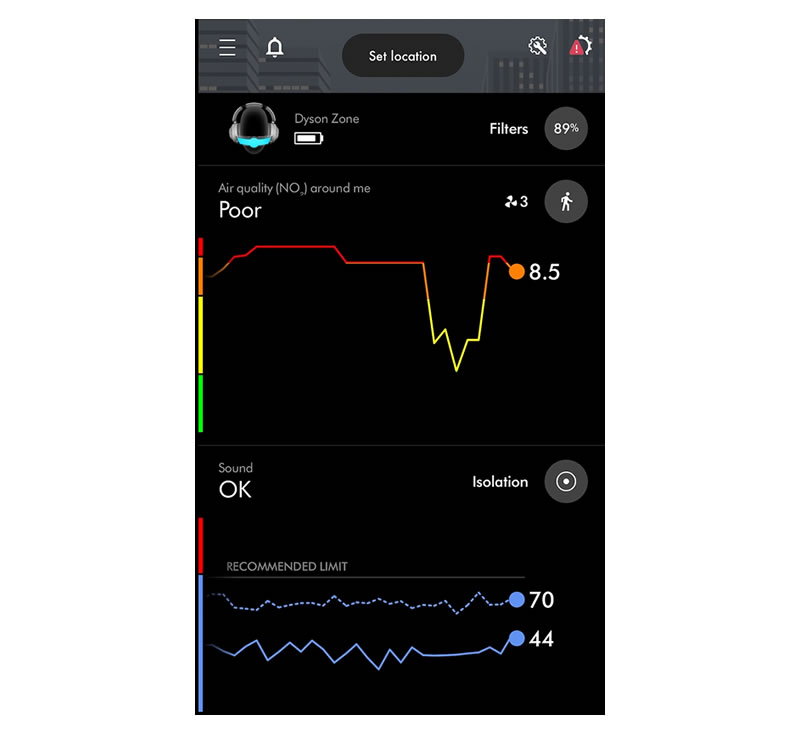 The Dyson Zone purifying headphones were designed by engineers from the UK, Singapore, Malaysia and China, with the Southeast Asia office focused on software development. App development and integration are important initiatives that contribute to smooth connectivity. and provides features to intelligently track both noise and air pollution.

Like every Dyson machine, the Dyson Zone Active Noise Canceling Air Purifying Headphones are put to the ultimate test. both in the temperature controlled room Drop test from a height material wear test Testing the durability of the buttons and much more was done by the test engineers at the Dyson Malaysia Development Center in Malaysia. This allows the wearable to be tested in hot and humid areas outside of UK laboratories. There is also a real user test in the United States. United Kingdom, China and Singapore

The Dyson Zone active noise canceling air purifying headphones will launch in 2023 in select regions only. Availability times vary by region and Dyson will let you know as the availability approaches. You can search for more information. And register to receive the latest news at the Dyson.co.th website.

Sony backs to the wall against Call of Duty, the Apple Car is advancing and the Find N2 Flip could seduce - Tech'spresso

Rafa – out? Nadal lost his second match in a row at the ATP Finals