The alpha test for “Warhammer 40,000: Rogue Trader” has begun. Award-winning studio Owlcat Games has announced that anyone who pre-ordered the Developer’s Digital Pack or Collector’s Edition can download and play the Alpha starting yesterday. 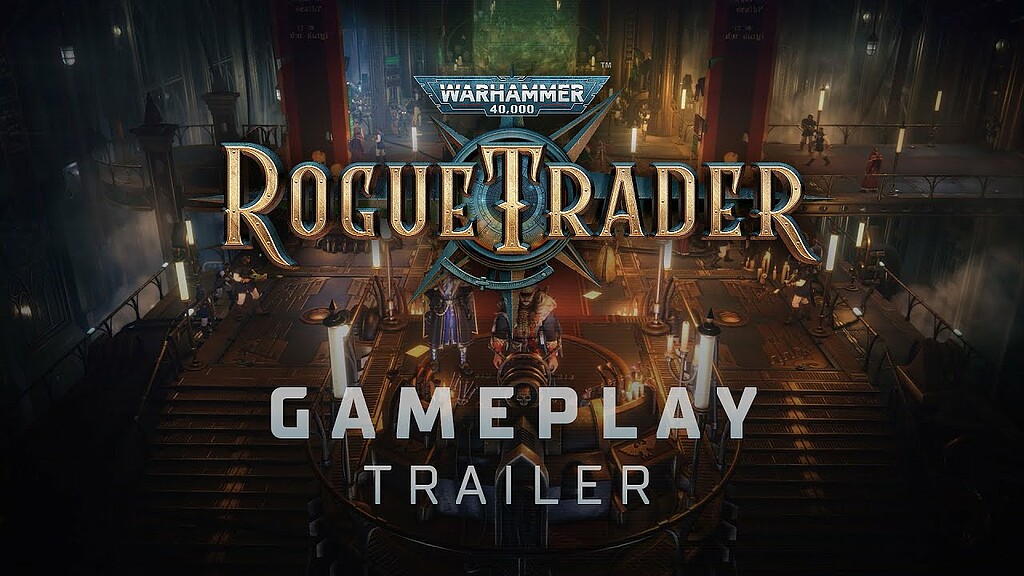 After some time, the alpha will be converted into the beta and will remain playable for all pre-orders of the Developer’s Digital Pack and the Collector’s Edition until the release of “Warhammer 40,000: Rogue Trader”. In-game progress does not carry over from one version to the next.

Warhammer 40,000: Rogue Trader is the first-ever CRPG set in the legendary darkness of the far, far future. The title appears for PC and consoles, has a turn-based combat system and is being developed in close cooperation with Games Workshop.

About the Warhammer 40,000: Rogue Trader Alpha:

Players visit a variety of worlds in the Koronus Reach, where they can aid the Emperor’s loyal subjects, punish heretics, or develop treacherous sympathies and work alongside renegades. The Alpha comprises one of the five chapters of the game.

Brave explorers can head to these unique locations in the Koronus Expanse, among others:

Footfall – A space station full of pirates, religious fanatics and common workers. A place dangerous even for free traders, but full of opportunities. Dargonus – The hive world serves as the capital of the main character’s realm as well as the family seat. Janus – A jungle-covered agricultural world where the Free Trader decides the outcome of a conflict between a group of rebels and the governor. Kiava Gamma – An industrial world where dark and strange things happen.

Players can travel through the warp between worlds, thwart pirate attacks in space, explore new planets and found colonies – all from the bridge of the Free Trader’s majestic void ship, with its thousands of subjects and crew.

On the journey, the free trader is aided by his companions – his loyal seneschal, a technopriest of the Adeptus Mechanicus, the ship’s navigator, an interrogator of the Inquisition, a sister of the Adeptus Sororitas, a smuggler, a psyker with the power to see the future , and even from a Xenos. However, it is up to the player to build closer relationships with his crew and help resolve conflicts between his companions, or to give them free reign.

Gore Elements in Wolverine Will Be Maintained by Insomniac Games

PS Plus December 2022 | All new games for Extra and Premium