It seems that “Forspoken” will not only be an extensive gameplay presentation this week. The announcement of a demo was also leaked in advance. 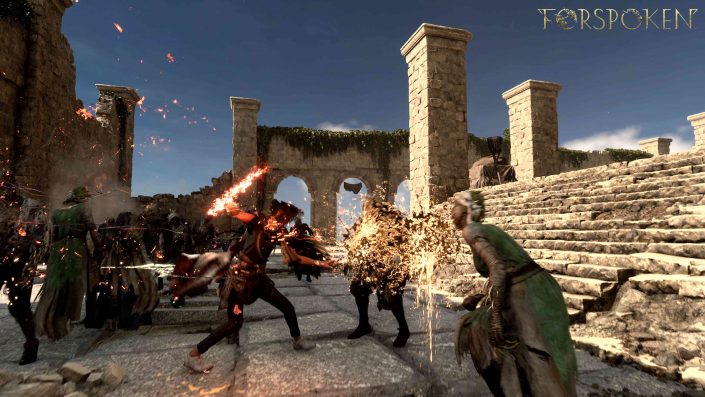 PlayStation announced a few hours ago 11-minute gameplay presentation for “Forspoken”. However, the Japanese offshoot of PlayStation apparently made a mistake that drew attention to the unveiling of a demo too early.

The notice published on Twitter was quickly withdrawn. However, screenshots of the tweet, which initially caused confusion, were made in good time. A Japanese Twitter user wondered why the tweet about the release of the 11-minute gameplay demo was deleted. After all, an identical announcement was made in other countries.

The answer is on the thumbnail graphic that accompanies the tweet, which promises a “Forspoken Demo Announcement Trailer.” So it looks like tomorrow (also) a demo for “Forspoken” will come into focus.

PlayStation Japan messed up. Looks like a Forspoken demo will be announced on December 9. https://t.co/OpyRHQGBkm

It remains to be seen when the alleged demo will appear and whether it will be aimed at PS5 and PC gamers alike. But Square Enix doesn’t have much time left, since “Forspoken” will conquer the market on January 24, 2023, like a current one Release-Liste des Publishers once again makes it clear.

What “Forspoken” has to offer has been shown in the past several deep dive trailers, which, among other things, gave a glimpse of the magic and world of Athia. For example, one of these videos mentioned that fast travel load times are under a second on the PS5.

The “Forspoken” demo isn’t the only leak Sony is responsible for this week. The platform operator also has that Street Fighter 6 release date as well as the various digital editions and their pre-order bonuses on PlayStation Store.

Crypto: Elon Musk causes an avalanche of 169 shitcoins because of a tweet