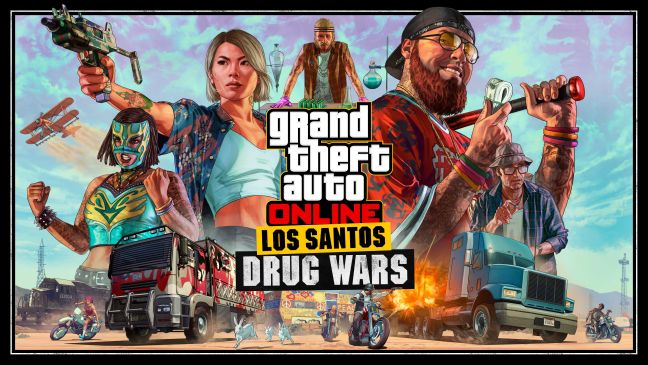 We recently reported that Rockstar Games is still working on the long-running favorite GTA Online several years after the original release and has announced a more extensive new update for December. This will also bring all sorts of technical improvements, but has not yet had a concrete release date. Today that has changed!

The developer studio announced today that the update dubbed “Los Santos Drug Wars” should be available from December 13, 2022. According to official information, this should then establish “a new type of psychoactive chaos” in GTA Online on PS5, PS4, Xbox Series X/S, Xbox One and PC.

In the wake of the drug war, you’ll find yourself in Blaine County, where you’ll be able to join your old pal, nervous Ron, and his friends. This is a band of misfits who have sworn to make their mark on the psychoactive substance business in Los Santos.

The December patch will be the first chapter of the extensive and altogether two-part story update. In this first chapter you have to deal with a strange coalition of wealthy hippies and trigger-happy bikers, cook up powerful hallucinogens in professionally equipped laboratories and devote yourself to your mobile chemical kitchen.

In terms of content, this means in concrete terms: There is a new company, new vehicles, fresh missions and general improvements to the game experience. More details will probably be announced next week for the release.

With “The Criminal Enterprises” the next big update to GTA Online is now available.

Just in time for Christmas, Amazon drops the price of Apple's iPhone 14 Plus

Tablets in the Hadramavet desert in Genshin Impact: where to find and where to insert

WoW Patch 10.0.5: This is how you earn currency for the trading post