Ann Kelleher, General Manager of Technology Development at Intel, published the latest roadmap for the IEEE Electron Device Meeting 2022. It describes Intel 4 as “production-ready today” and names Meteor Lake as the first target product of the new node.

The 10nm node or “Intel 7” reached full volume production about five years later than Intel originally planned. Intel 4 or the (7nm) is also far behind Intel’s original plans. But the company has made a major effort under new CEO Pat Gelsinger to get its chip production technology back on track. Confirming that Intel 4 is manufacturable and ready for production is arguably the first critical step in Gelsinger’s IDM 2.0 master plan to transform Intel. 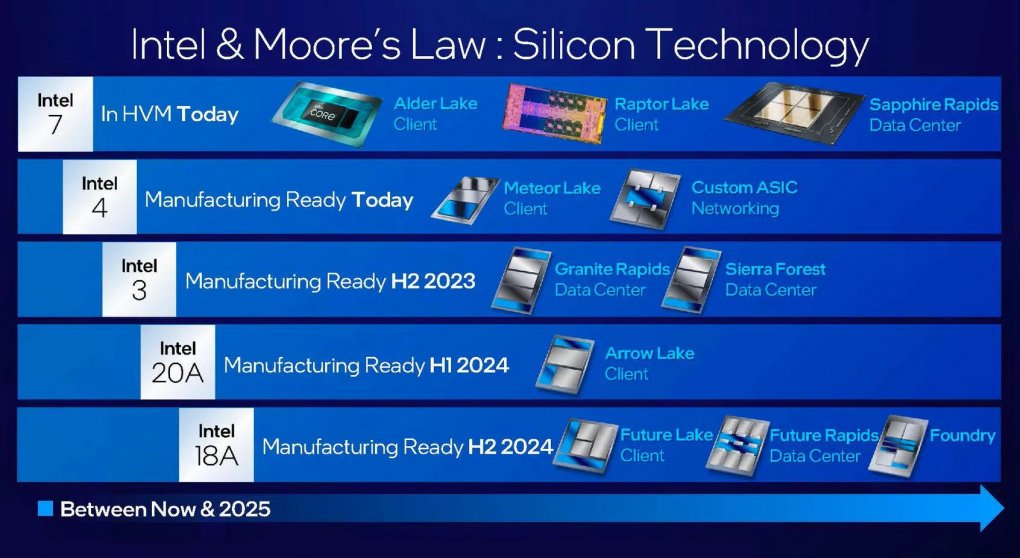 It’s worth noting that Intel’s 13th Gen Raptor Lake CPUs didn’t start shipping until September, which pretty much speeds up the Meteor Lake timeline. According to the rumor mill, Meteor Lake is expected to be limited to six performance cores, while both Raptor Lake and its predecessor Alder Lake offer up to eight P-cores.

Probably the most significant improvement will be specialized AI components. AI is a feature of Qualcomm’s Snapdragon Arm chips, whose legacy includes AI improvements for smartphones, including portrait mode with artificial bokeh created by AI.

In September, Intel CEO Pat Gelsinger spoke a bit at the Intel Innovation conference about what he thinks Meteor Lake’s AI capabilities could do. “One of the things we’re going to bring is what I would call core AI skills,” he said at the time. “I’m on a Zoom or Teams. Do I want simultaneous translation or contextualization of this call? Yes. Do I want cameras that follow the speaker and do image enhancements? Yes.”

Aroged: In China, Apple offers the latest iPhones with discounts over $100

A failure that does not pass for this former PlayStation excluded, its creative director accuses "woke testers"

Zlatko Dalic: "I would like the match with Brazil to take place later"