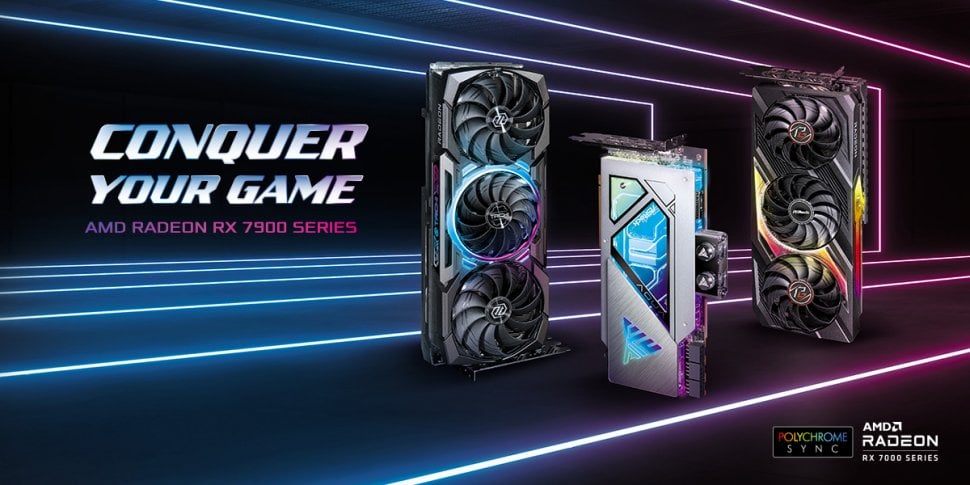 12/08/2022 at 18:41 by Norman Wittkopf – After the first glimpses of Asrock’s new Radeon graphics cards, the manufacturer has now officially presented five models of the RX 7900 XT and XTX – all overclocked.

Recently there was an unofficial first impression of Asrock’s line-up of the Radeon RX 7900 XT or XTX in the form of the Taichi, Phantom Gaming and Aqua model series. The manufacturer has now officially presented its new graphics cards in overclocked custom designs in a press release.

All five PCI-E 4.0 cards from Asrock have three DisplayPort 2.1 connectors and one HDM 2.1 each, while the XTs use two 8-pin power connectors and the XTX models use three. The manufacturer also names 20 to 22 phase designs. Power supplies with 750 and 800 or 1,000 watts are recommended, depending on the model. On top of that, Taichi and Phantom Gaming have backplates, reinforcing metal frames, ARGB lighting, finned fans, and 0dB modes.

The latter is the top of the line-up for Waku enthusiasts and Asrock’s first graphics card with liquid cooling. With dimensions of 275 x 157 x 22 millimeters, a nickel-plated copper plate and a 0.3 mm narrow jet microchannel engine together with a backplate made of acrylic and aluminum are used here. Information on prices and availability is not yet available. However, the new Radeon generation will be launched on December 13th.

PlayStation Plus Essential: deities and SF RPG for December games

Asus’ first 360 Hz 1440p monitor almost on sale in the Netherlands, but it’s not cheap