Yesterday, publisher Level Infinite and developer Hotta Studio announced some of December’s exciting new content for the hit free-to-play open-world MMORPG Tower of Fantasy. Tower of Fantasy recently won the Best for Tablets award on Google Play, was nominated for Best Mobile Game in The Game Awards show and is now free on the official website and App Store, Google Play and for PC available.

The 2.2 update, called Mirafleur Moonshade, will be released on December 22nd and will allow all wanderers to continue their adventures on Mirroria and their exploration. As new areas are unlocked in Mirroria, wanderers will see new lifestyles of the unique and mysterious cyberpunk city. Players can head to the entertainment center to bowl, organize races or enjoy the music at the live house.

The newest simulacrum, the powerful plant lover Tian Lang, also makes an appearance. As the strongest enforcer in District 7, Tian Lang is equipped with handguards that allow him to wield the powerful spear, Thundercrusher. Though no one knows just how strong he is, Tian Lang is said to be District 7’s ace up his sleeve should Mirroria ever find itself in danger. 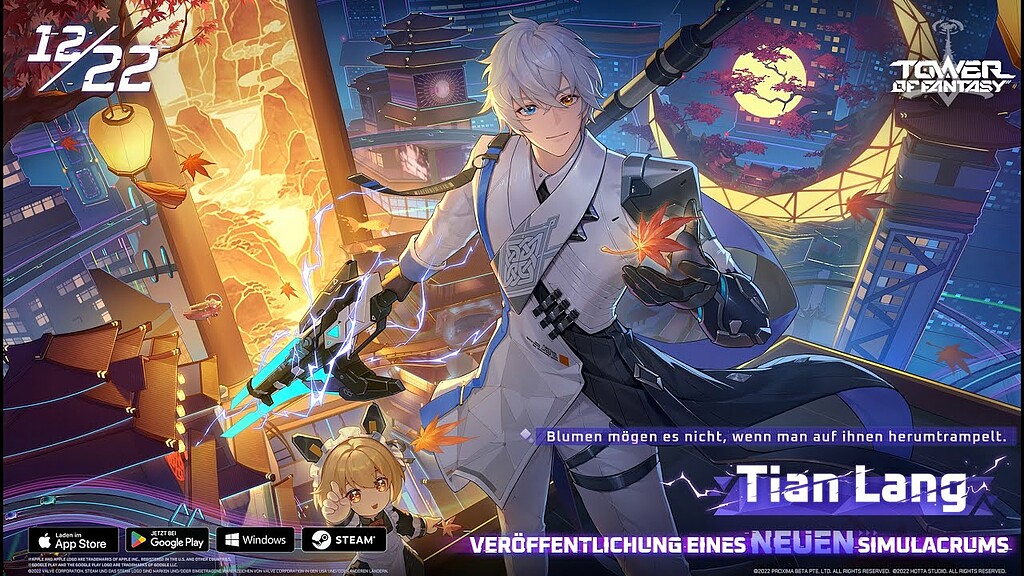 Just ahead of the Mirafleur Moonshadow update, the Nemesis Remaster will be available from December 15th to December 26th. Wanderers will have the opportunity to obtain Nemesis’ weapon and matrix in the reboot.

Media: "Wonder Woman 3" will not be released, "Man of Steel 2" is also in question

We've finally gathered all the Dragon Ball series, and it's going to be worth gold!