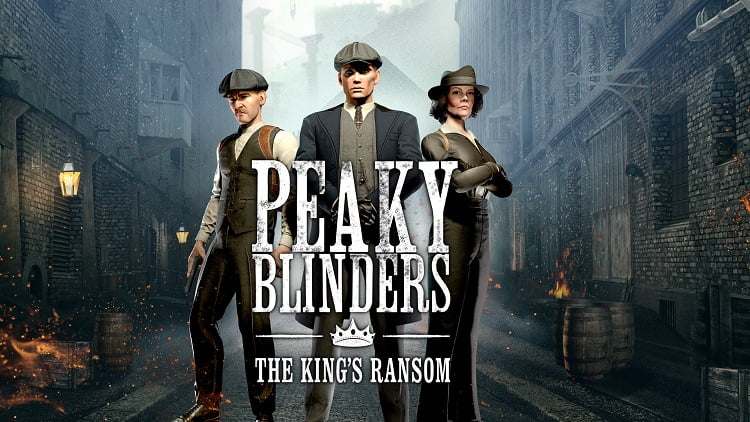 The BBC gangster drama follows the activities of the Shelby crime family in Birmingham during the 1920s. Players will have to earn Shelby’s trust and prove their worth to join the Peaky Blinders.

According to the plot of Peaky Blinders: The King’s Ransom, the protagonist of the game is drawn into the hunt for Churchill’s red government suitcase, which contains the names and appearances of British agents around the world.

Gamers will be able to interact with their favorite characters (voiced by actors from the show), travel through the streets of Birmingham and London, freely exploring famous locations like the Harrison Pub, Charlie’s Yard and Shelby’s bookmaker.

The one-minute trailer for Peaky Blinders: The King’s Ransom, which debuted as part of the Upload VR Showcase presentation, demonstrates gameplay fragments: shooting, interaction with the environment, and communication with characters.

“Keep your cool as the simmering tension escalates into fast-paced action, overcome all obstacles and win at all costs… at the behest of the Peaky Blinders!” reads the description of Peaky Blinders: The King’s Ransom.

Peaky Blinders: The King’s Ransom is expected to release on March 9, 2023 on Steam and on standalone VR headsets Pico 4 and Quest. The developers note that this is the first VR game based on Peaky Blinders.

PlayStation Plus: The new December 2022 exclusive reward is for a free game

Sacred Call of the Seven Guest Trials in Genshin Impact: how to pass and

Rumors: Bungie will revive the series of sci-fi shooters Marathon, the last part of which was released more than 25 years ago