December 8th, 2022 at 9:00 a.m. by Karsten Scholz – As is well known, the first endgame season of WoW: Dragonflight will start next week. In a freshly published article, the Blizzard developers have now summarized all the important details about the Vault of Incarnations raid challenge.

With the ID change next week, the first endgame season of the new expansion will start in WoW: Dragonflight. The fresh raid instance Vault of Incarnations should be particularly exciting for many veterans. The Blizzard developers have now published an official preview article on the official World of Warcraft website, in which you can take a look at the bosses, achievements and the exact schedule.

The primalists invaded the titan prison where the incarnations had been imprisoned for millennia. Inside, Raszageth performs a nefarious ritual to unleash her siblings and cleanse the world of titan influence. The champions of Azeroth must storm this impregnable fortress and take down its defenses to stop this threat. Though the attack might claim many lives, defeat would subject all realms to the fiery and bloody reign of terror of the Incarnations.

Eranog: Commander of the primalist forces, Eranog is ruthless in his grasp for power. With the liberation of the Incarnations imminent, Eranog summons his entire army and does not hesitate to sacrifice his devoted followers to achieve victory. 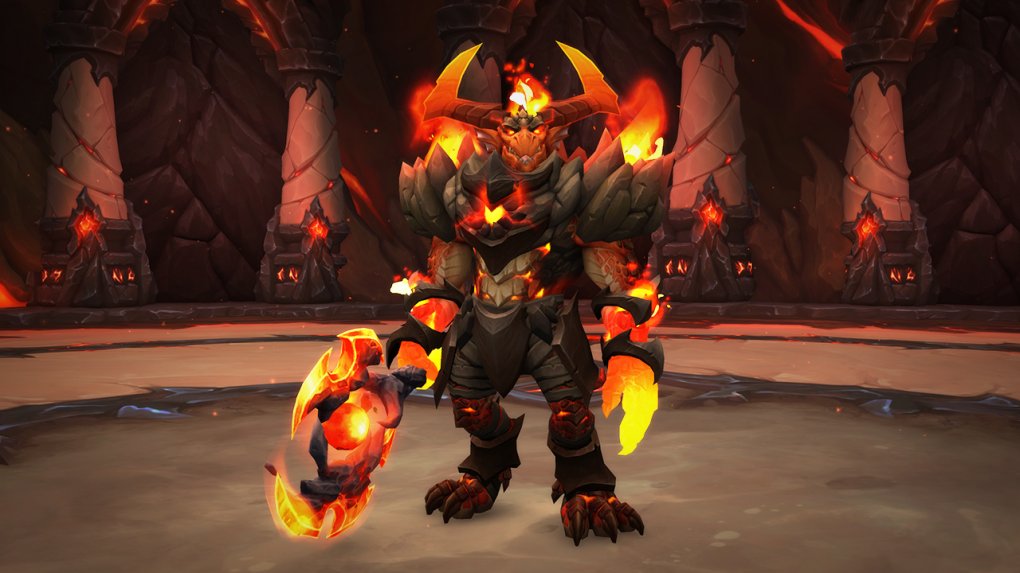 WoW: Bosses in the Vault of Incarnations – Eranog Source: Blizzard

Terros: The Primalists have attempted to pull Terros, a relentless creature of destruction, from the elemental plane. But her ritual was interrupted. Caught between two worlds, this massive horror is now trying to break free and obliterate everything in its path. 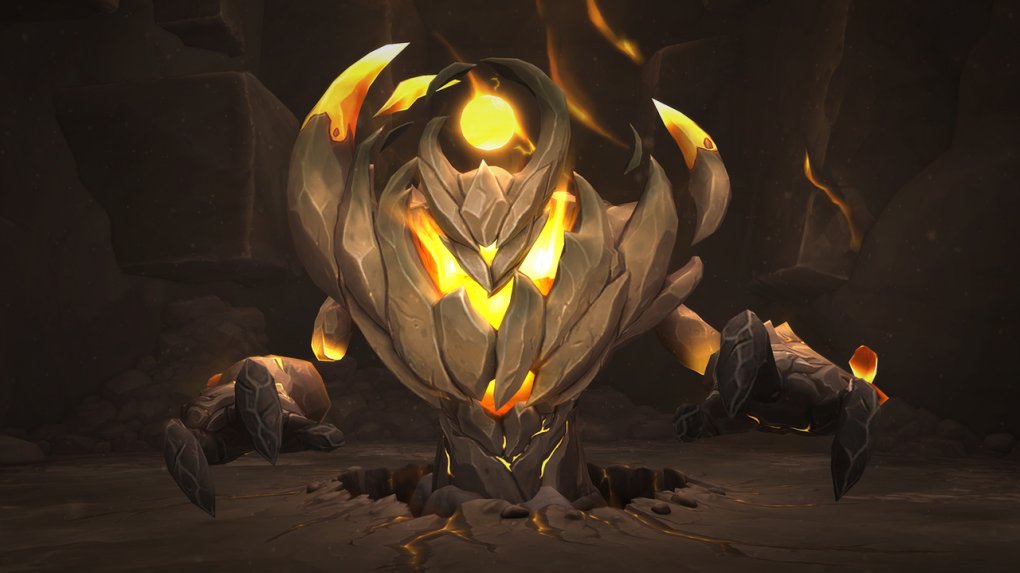 WoW: Bosses in the Vault of Incarnations – Terros Source: Blizzard

The Primalist Council: These masters of the elements are absolutely ruthless in their quest for power. Embar Firepath is as merciless as the fire that rules her. Opalfang harnesses the power of the earth to annihilate her enemies. Kadro’s ice anger is cold and cruel, while his sister, Dathea Stormlasher, is as wild and unpredictable as a raging storm. 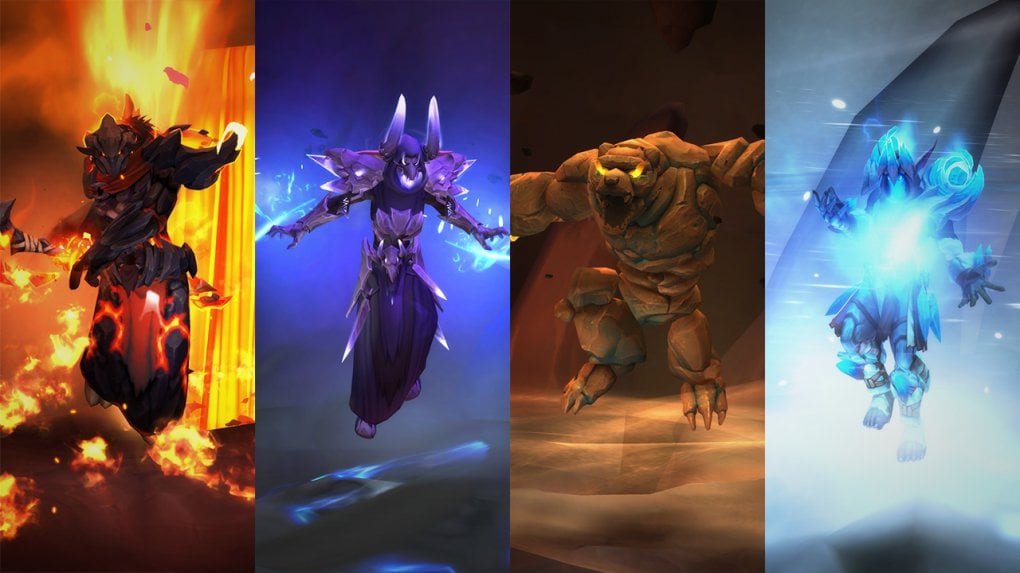 Sennarth, the Cold Breath: Kurog Grimtotem’s most fearsome creation, Sennarth is a giant spider imbued with relentless cold. Their only reason for being is to guard their brood of thousands, awaiting the day when they hatch and cover Azeroth in a web of winter. 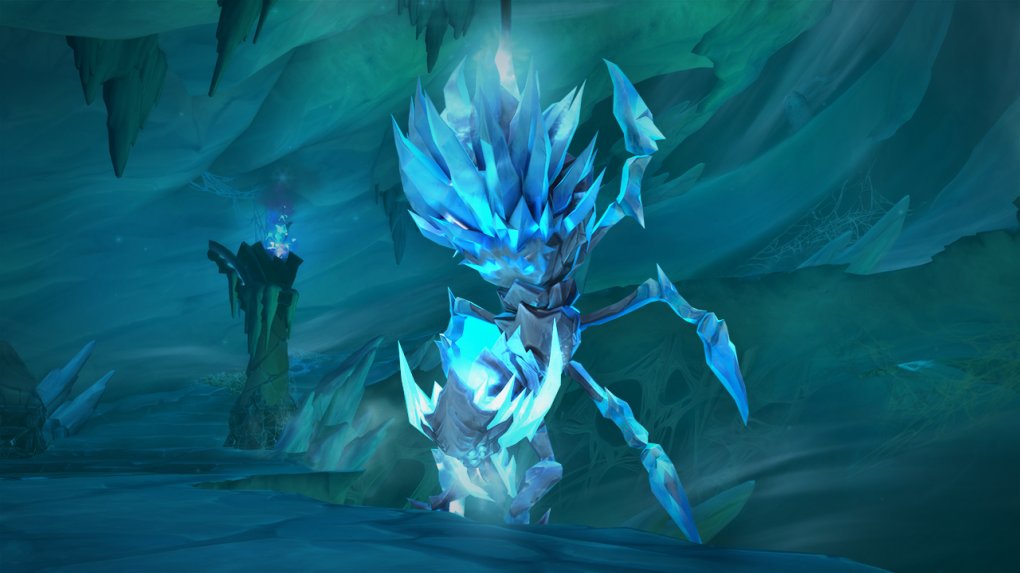 WoW: Bosses in the Vault of Incarnations – Sennarth Source: Blizzard

Dathea, the Ascended: Driven insane by her defeat, Dathea strikes a deal with Raszageth for even greater power. Imbued with some of the power of Incarnation, Dathea gains control of the wind itself to unleash its ferocity and rend her enemies. 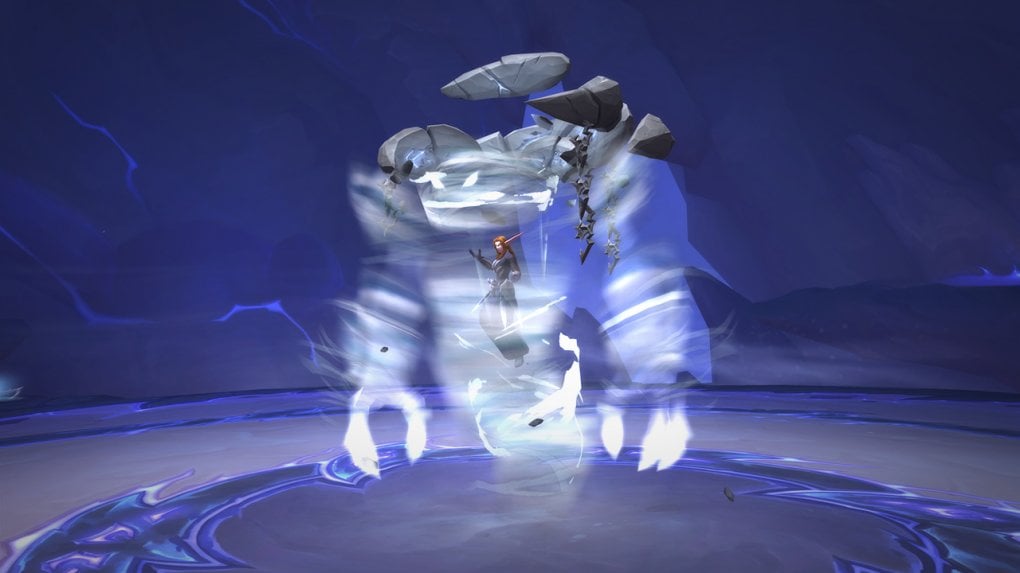 WoW: Bosses in the Vault of Incarnations – Dathea Source: Blizzard

Kurog Grimtotem: Once a valued student of Magatha Grimtotem, this master of the primordial elements now prepares to unleash his most devastating creations. If Kurog is not stopped, his entities of storm, fire, ice, and earth will wreak havoc across Azeroth. 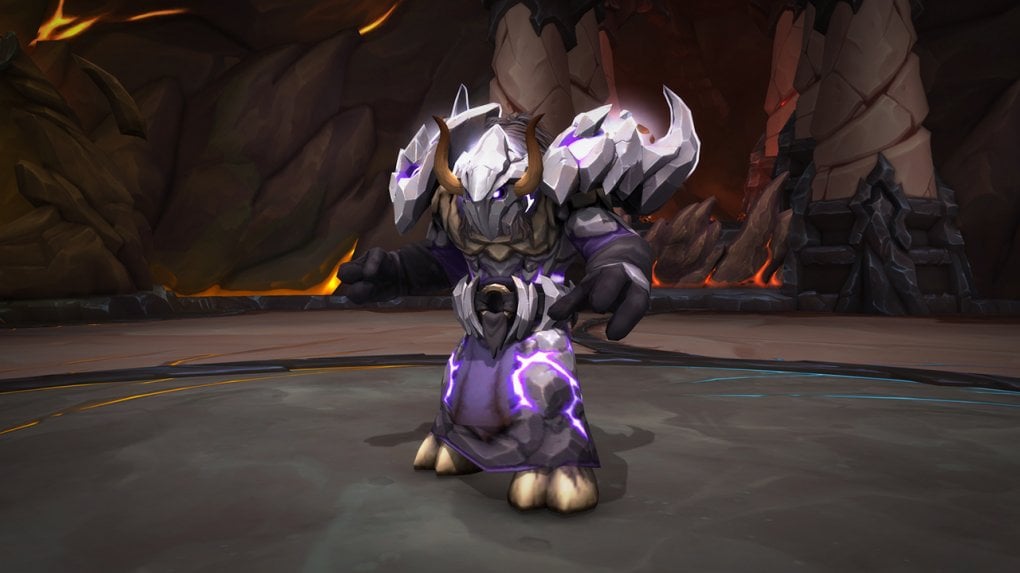 WoW: Bosses in the Vault of Incarnations – Kurog Source: Blizzard

Broodkeeper Diurna: Broodkeeper Diurna is the fierce guardian of the primalist clutches. She dedicates her considerable powers to protecting the unhatched and seeks revenge for their great loss. 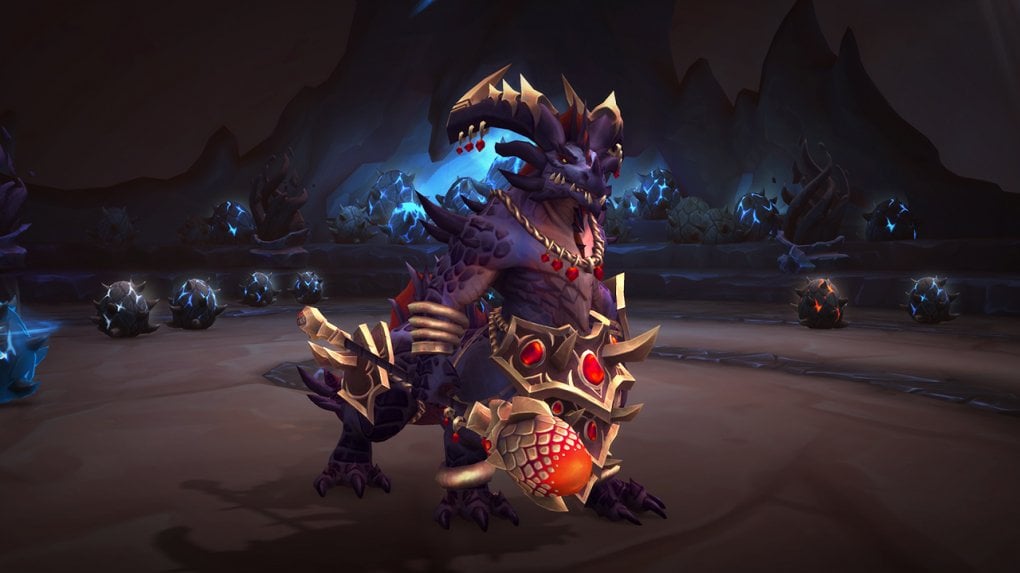 WoW: Bosses in the Vault of Incarnations – Diurna Source: Blizzard

Raszageth, the Storm-Eater: Raszageth firmly believes that the dragonfolk should be as wild and free as the storms themselves. Should she succeed in freeing her fellow incarnations from their ancient prison, Raszageth and her people will overthrow the Aspects and influence of the titans to erase the smallest trace from the world. 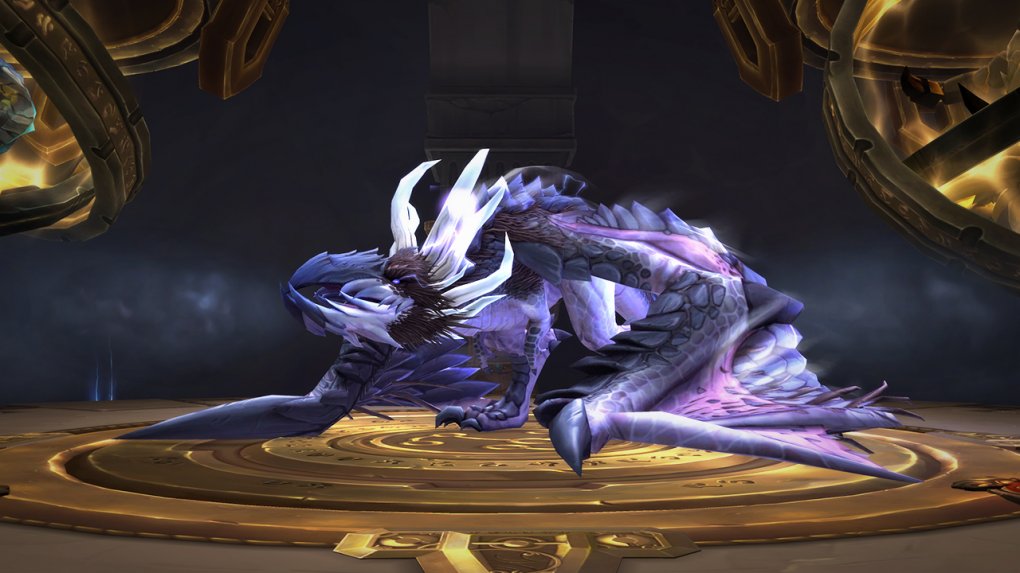 WoW: Bosses in the Vault of Incarnations – Raszageth Source: Blizzard

The Achievements in the Vault of Incarnations

ALL LEVELS OF DIFFICULTY

Vault of Incarnations: Defeat the following bosses on any difficulty – Eranog; the Primalist Council; Dathea, the Ascended; terra; Sennarth, the cold breath; Kurog Grimtotem; Broodkeeper Diurna and Raszageth the Stormeater.

LEVEL OF DIFFICULTY NORMAL AND HIGHER

What Frozen Things Can Do: Defeat Eranog after finding a frozen portal stone and defeating a burning colossus.Little Friends: Defeat Terros after hitting the three areas of Dormant Earth with Awakened Earth in his chamber, and then the defeated the resulting creatures of the energized earth.The Oschi from Below: Fishing to lure out the Oschi lurking in the depths of the lava, then defeat the Primalist Council.Saved that for later: Defeat Sennarth, the Cold Breath, after you Freed 5 Mysterious Prisoners using Corrosive Eruption and then witnessed their demise.Nothing But Air: Defeat Dathea, the Ascended after collecting 8 Condensed Gusts.The Force Is MINE!: Defeat Kurog Grimtotem after defeating the Primal Avatar As Hatched, So Knotted: Defeat Brood Keeper Diurna after finding Lieutenants from each Ur within 10 seconds of each other Hatched and defeated Elementei.The Familiar Game: Defeat Raszageth the Stormeater after successfully collecting two Essences of a Concentrated Storm and defeating the Concentrated Storm.

There is an update regarding Ulduar Tests scheduled to start on December 8th, 2022 on the WoW WotLK Classic PTR.

Does World of Warcraft Dragonflight run on every toaster? Dave and Raff in the benchmark craze

Raff and Dave have ventured into the bench realms of Warcraft. With the release of WoW Dragonflight, the question arose whether the good old classic also runs on old boxes. In this video, the guys reminisce and find the answer to this question in the GPU and CPU benchmarks.

Glory of the Vault Raider: Complete the listed Vault of Incarnations raid achievements – What Frozen Things Can Do, Little Friends, Oschi From Below, Saved That For Later, Nothing But Air , “The power is MINE!”, “As hatched, so pre-knotted” and “The well-known little game”.

Promo on the ultimate SATA SSD from Samsung!