Zotac, AXGaming and Colorful to Launch GeForce RTX 4090 and RTX 4080 Cards in White 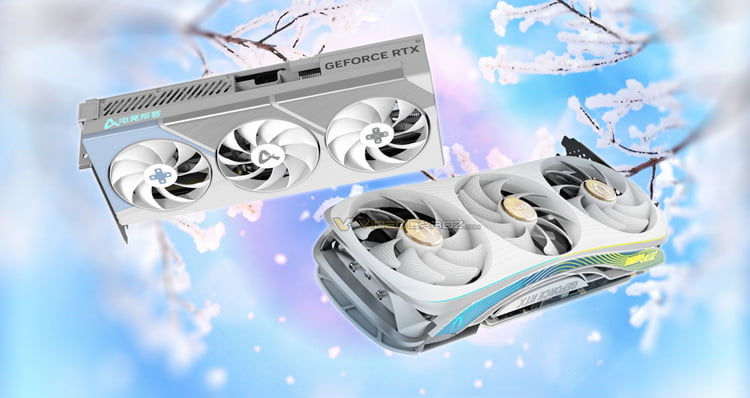 The GeForce RTX 4090 and RTX 4080 AMP Extreme AIRO White Edition from Zotac have exactly the same specifications as the original AIRO versions. The only difference is the design. For video cards in the White Edition, the cooling system shrouds and rear reinforcing plates are white. 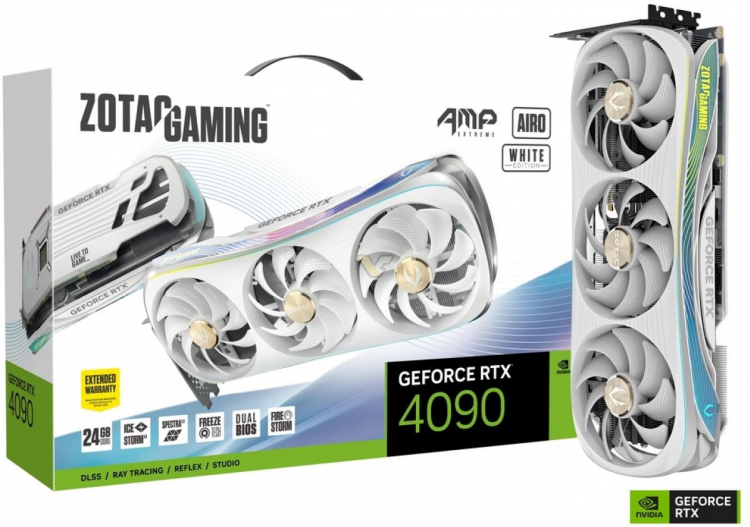 For the AD102 GPU of the GeForce RTX 4090 AMP Extreme AIRO White Edition, a frequency of 2580 MHz is declared. The GeForce RTX 4080 model in the same version has an AD103 GPU frequency of 2565 MHz. Recall that Zotac also produces more affordable models of the Trinity series, but they did not receive a new snow-white design. 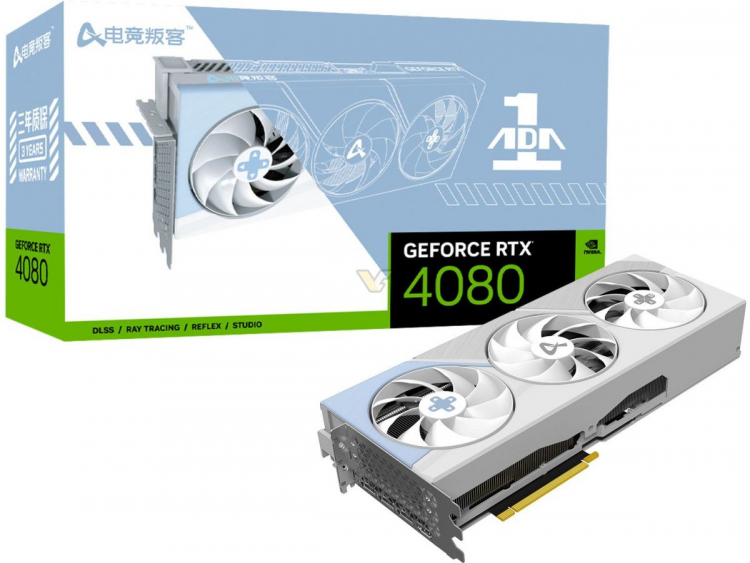 AXGaming, which is a sub-brand of Innovision Multimedia (Inno3D), has appeared on the gaming video card market relatively recently. The manufacturer’s assortment already has a GeForce RTX 4090 X3W model in white and blue. Now the company has introduced outwardly exactly the same GeForce RTX 4080 X3W. The novelty will be produced in modifications both with factory overclocking and without it.

AXGaming GeForce RTX 4080 X3W (OC) graphics cards feature massive triple fan cooling systems and require three free expansion slots in the PC case. The OC version of the video card received a relatively small factory overclock. The manufacturer claims for its GPU a frequency of up to 2535 MHz – the reference value is 2508 MHz. Since overclocking is insignificant, the power consumption of the novelty does not differ from the reference one declared by NVIDIA for this model, and is 320 W.

The presented photos of the AXGaming GeForce RTX 4080 X3W (OC) show how short the new PCB uses. Its length is 40% less than the cooling system. A large area of ​​holes in the reinforcement plate of the video card is designed to improve the removal of hot air from the heatsink of the video card.

According to the French publication Overclocking.com, Colorful is preparing to release a white GeForce RTX 4090 iGame Lab Edition. Detailed information about this accelerator is not yet available. It is only known that the novelty uses a cooling system from the iGame Vulcan model but in white.

At the moment, it is not known what level of power consumption the GeForce RTX 4090 iGame Lab Edition model will have. The original iGame Vulcan has a fast overclocking button that switches vBIOS to OC mode and raises the maximum power consumption of the graphics card to 550W. Whether this option will be available for the iGame Lab model is still unknown.

According to the VideoCardz portal, the GeForce RTX 4090 iGame Lab model will be offered in a very limited edition. The manufacturer plans to release only 200 such video cards. However, they will not be sold outside of Asian markets.

Amazon offers: Pokémon Scarlet and Violet at a discount at the historic minimum price

POVOROZNYUK: “Gordon paid $500 for my inclusion in the Peacemaker”