The new game, being developed by Crash Bandicoot 4 studio Toys For Bob, is called Crash Team Rumble. The title was announced last night with a trailer and initial information. 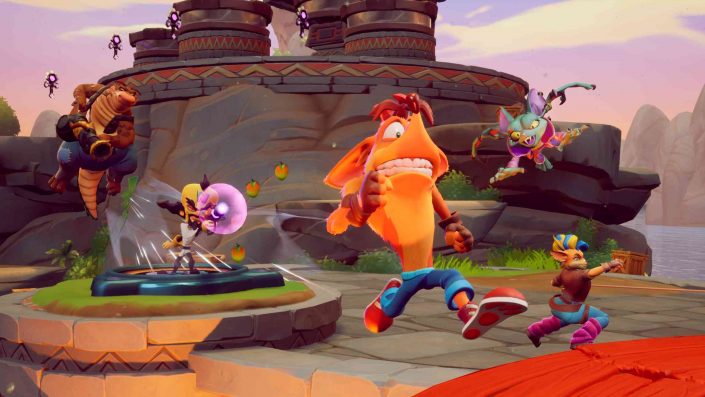 Publisher Activision and developer Toys for Bob have announced Crash Team Rumble, an online multiplayer team-based game. It will be released next year for PS5, Xbox Series X/S, PS4 and Xbox One. A first trailer is available for viewing below these lines.

In Crash Team Rumble, players can take on the role of Crash, Dingodile, and more characters, each with their own strengths and personalities that allow for unique play styles. With these warriors you have to compete against each other in a four-on-four action.

“Join the heroes and villains of the Crash universe as they face off in an epic team vs. team wumpa-collecting and island-hopping championship,” reads the description.

In order to lead your team to victory, it is important to smash, jab and hammer as a team while collecting the most wumpa fruit in the drop-off zone while defending the drop zone against opposing teams . “Crash Team Rumble” is playable across platforms, as it is also called.

“We are very excited to introduce Crash Team Rumble, a new twist on multiplayer in the Crash universe,” said Toys for Bob Co-Studio Head Paul Yan in a press release. “Crash Team Rumble has something for everyone – simple gameplay for those just wanting to get in, while also offering veteran players the opportunity to use and master their hero’s unique abilities.”

Other announcements at the Game Awards 2022:

You can check out the Crash Team Rumble announcement trailer and a series of images below. As soon as the precise release date follows, you will find out on PLAY3.DE.

The Game Awards 2022 - all announcements and trailers