Even if Hideo Kojima and his team made it exciting, this new announcement should no longer surprise anyone: Death Stranding 2 is in development and will (for now) come exclusively to the PS5. 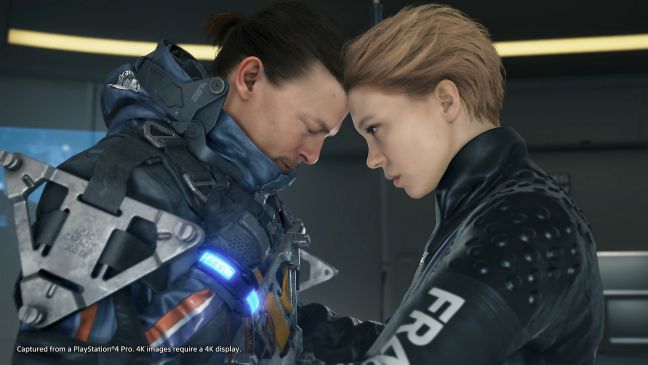 Hideo Kojima has had an eventful life. Metal Gear Solid’s dad worked at Konami for years before mysteriously leaving the company. He then founded Kojima Productions, which made its debut in 2019 with Death Stranding. In recent weeks, the developer has repeatedly published cryptic puzzles with which he introduced a total of three actresses in his usual mysterious way. As part of the Game Awards 2022, he has now nailed his head and unveiled his studio’s new project.

>> 10 Death Stranding Tips & Tricks You Should Know Before You Play<

Death Stranding 2, the working title of the successor, is currently in development for the PS5. So no big surprise. The fans were also right about the actors: Norman Reedus, Léa Seydoux, Elle Fanning, Shioli Kutsuna and Troy Baker have been confirmed for the cast so far.

Further information about the next “Strand Type Game” is rare. The Decima Engine, which was already used for Horizon: Forbidden West, will once again be used. According to Kojima, he also hid many small details in the newly released trailer. So it seems worth taking a closer look. There are (obviously) many cinematic scenes to be seen and a clearly aged Norman Reedus, who is already known as Sam Porter Bridges from the first film.

PS5 is the best-selling console in the USA in November 2022, Nintendo Switch second

What to expect after the release of Blood Bowl 3? Game Support Plan Revealed