In the run-up to the Game Awards, a leak made sure that the release date of Diablo IV may have landed on the internet in advance. Now Blizzard Entertainment has actually nailed it. 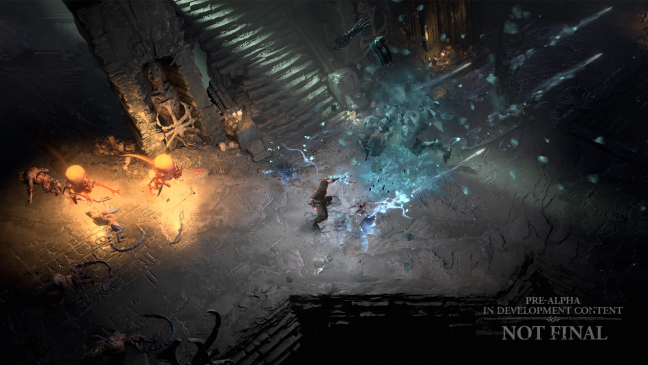 The leak around the release date of Diablo IV in the Microsoft Store has basically been confirmed! Blizzard Entertainment made an official announcement at the Game Awards last night. According to this, the new action RPG epic will be available from June 6, 2023 – so the leak in this respect is only a day off. The new offshoot of the series, which is a sequel to Diablo III released in 2012, will appear on PS5, PS4, Xbox Series X/S, Xbox One and PC.

With the announcement of the release date, pre-orders of the game have also been made possible. Those who decide early will benefit in particular, because they will have earlier access to the title in the run-up to the release. Details on this will follow in due course.

Otherwise there was also a fresh trailer to see, which you can find below in this message. This will also deal with new features, but especially with the open game world of Sanctuary. Above all, it becomes clear that the controversial, more colorful approach in Diablo III has been abandoned and that a dark setting, as you know it from the first two titles, is used.

Diablo IV was previously announced at BlizzCon 2019 and has been in the works for some time. Nothing came of the originally planned 2022 release, but now fans of the franchise finally have clarity!

After a previous leak, Blizzard Entertainment has now nailed it when it comes to Diablo IV’s release date.

There is a bit of Sekiro in Armored Core 6: revealed the director of the new action with the mecha

The Last of Us: An essential character should have been born with this DLC