Elden Ring: no single player DLC at The Game Awards 2022, is there anything to worry about?

I The Game Awards 2022 they have come and gone, and have left us a good deal of announcements of new games or reconfirmations of well-known works. Obviously not every single game awaited by fans has shown itself and some absences they weighed more than others.

We could be here hours a list which titles we would have liked to see at The Game Awards 2022 (the comments section is there for you if you want), but for now we want to focus on one game in particular: Elden Ring.

Elder Ring it has won various awards, among which the most important, the Game of the Year or GOTY if you prefer. Sadly though, FromSoftware hasn’t presented anything else for the work. The reason? Perhaps because he preferred to give space to the announcement of his new game, Armored Core 6, but we wouldn’t have found it too strange or complex to also present a trailer for a paid DLC for the souls-like work. Miyazaki, accepting the award, confirmed that the team still wants to do many things with Elden Ring, but when exactly?

Sure, a DLC has just been announced and released, Colosseum, which offers access to new multiplayer features. From our point of view, however, it was just an appetizer for something more massive and impactful: and we weren’t the only ones to think so.

be clear, the free DLC dedicated to multiplayer is welcome and is a way to continue to keep the community active for the months to come, since the PvP modes are different from the usual multiplayer already present in the game. Elden Ring fans will study new dedicated builds and create their own teams to go and battle their opponents on duty.

At the same time, however, we continue to think that Colosseum will have little impact on the general public and will not be able to attract new players to Elden Ring. The game can already boast considerable success, but for this very reason Bandai Namco and FromSoftware should try to capitalize even more on the name. A paid expansion is for many the signal that the time has come to buy the game in the “definitive” version in order to enjoy the full experience. Plus, of course, it’s an “easy” way to make more money, thanks to the fact that you know how many potential buyers are available.

The fact therefore that the free DLC is the only real announcement dedicated to Elden Ring is one strangeness and makes us “worry” about the fact that FromSoftware has nothing even remotely ready to expand the Interregnum. On balance, we are not talking about a very large company and cannot carry out too many projects at the same time: between the work of the multiplayer DLC and Armored Core 6, it is not impossible that Miyazaki had not foreseen working on a massive expansion content tight ride. 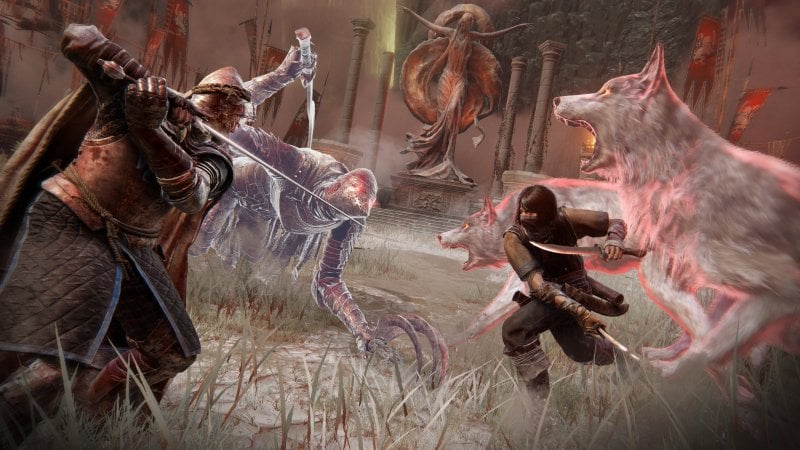 If you want a point of reference for a good time management of a DLC, just look at Horizon Forbidden West’s Burning Shores. The game came out at the same time as Elden Ring and has now announced its own expansion pack which will be ready about a year after the release of the main game. Elden Ring should have gone the same way.

So it could still take quite some time before Elden Ring has something new for us and, with the constant publication of massive and awaited works (Tears of the Kingdom, Diablo 4, Final Fantasy 16…), 2023 could be a complex moment to make space with a new expansion pack for an already long work in its basic version.

The hope is that this “delay” means that FromSoftware intends to publish a truly massive content that will offer dozens and dozens of hours of new content (perhaps without repeated bosses from the main game, the Demon of the Blue Forge was enough and we don’t want it repeat).

Nonetheless, we consider ourselves “concerned” about the future of Elden Ring. And you?

The ultimate musical compilation for the 20th anniversary of this cult series! No objection ?

The Croatia-Brazil match went into overtime. This is the 3rd case at the 2022 World Cup