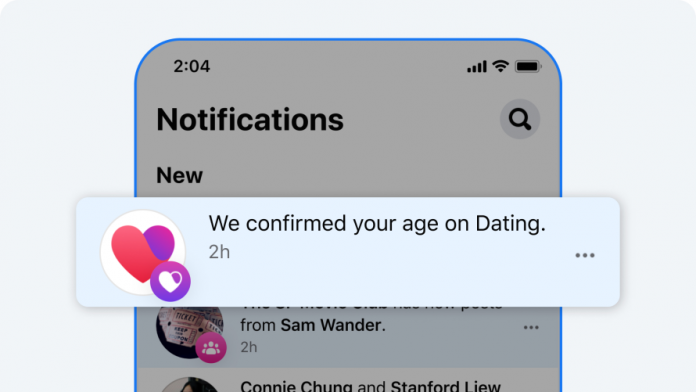 People who sign up for Facebook Dating in the US may be asked to confirm their age. This is done through automated processes.

Instagram previously introduced the same technique to keep minors off the platform. The age verification for Facebook Dating is being introduced for exactly the same purpose. According to the social media giant, users under the age of 18 do not belong on its dating platform. By checking the age, Facebook can verify that only adults use the dating service. The purpose of the age verification is not so much a check whether the age on the Dating profile is correct at all, according to the blog post.

Facebook writes that age verification is currently only being introduced in the US. The service may also appear in Europe later; this also happened with the age verification on Instagram. When asked to verify your age, you will be given two options. For example, you can provide your ID card or passport as proof. Would you rather not provide official documents? Then Facebook also lets you take a video selfie.

Facebook then forwards the video to Yoti. They determine the approximate age of the Dating user based on facial elements. According to Facebook, Yoti’s software would not be able to identify you. In addition, Yoti and Facebook delete the selfie immediately after verifying your age. For official documents such as ID cards, it is possible to remove them immediately after verification, but you have to set that yourself.

According to Facebook, age verification should mainly lead to content segmentation. In addition, each age group will see content and functions that suit their stage in life. The social media giant states that since introducing age verification in June this year, it has “placed hundreds of thousands of people in age-appropriate content experiences.”