While the launch of “Forspoken” is still a few weeks away, a demo released today provides insights into the title. In addition, an eleven-minute gameplay presentation was released. 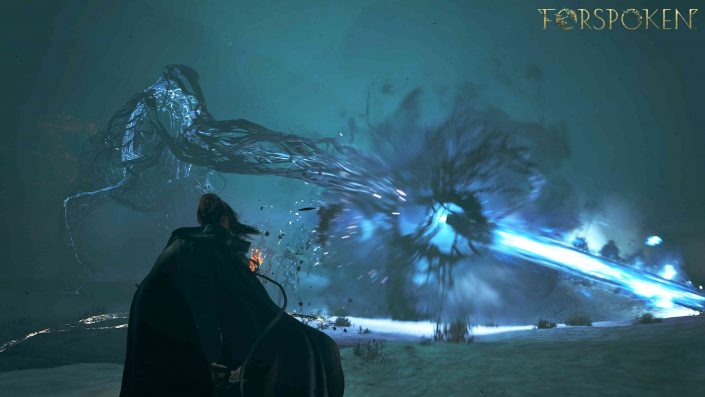 Forspoken is Square Enix’s first major release of the new year, as was a recent one provided release list once again makes it clear. The title will be released on January 24, 2023 for PS5 and PC. A new gameplay video is available for viewing below these lines.

When buying, players have to dig deep into their pockets. The standard version costs 79.99 euros in the PlayStation Store. For the Digital Deluxe Edition von „Forspoken“which includes some additional content and early access to the prequel DLC, will cost 104.99 euros.

While Forspoken tests are still awaited until January, a demo released today gives a hint as to whether it’s worth pre-ordering Forspoken. It can be downloaded from the PlayStation Store by PlayStation Plus members at no additional cost. All other interested parties have to pay 25 cents in the German store. We have linked the product entry below.

In the Forspoken demo, players can explore the water garden of Avoalet and sprint through the vast landscape of Athia using magical parkour skills. During the course of the introductory version, there are five quests to complete to help Frey find a way home. “Face devious enemies with your extensive arsenal of attack and support magic,” says Square Enix.

The Forspoken demo was announced with a trailer that provides another look into the world of the title and showcases Frey’s skills. The hunters also appear. It’s a group that terrorizes the rest of the population and apparently uses the same magic as the playable character.

Forspoken will be released on January 24, 2023 for PlayStation 5 and PC. Check out the demo announcement trailer below:

In addition, a gameplay video of Forspoken has been released, which immerses players in the title for eleven minutes:

Are you undecided about buying Need For Speed ​​Unbound? You can try it for free with EA Play