But the show also showed a lot of interesting trailers, which we have added to this updated news. Games shown include: Hades 2 and Death Stranding 2action about Hellboy, Star Wars Jedi: Survivor, Atomic Heart, Street Fighter 6 and Tekken 8, Baldur’s Gate 3 and Warhammer 40,000: Space Marine 2, as well as Diablo IV and Final Fantasy XVIthat received release dates.

Collected these and other trailers and announcements in the note below!

The preshow began with a trailer for the new crossover Dead Cells — Return to Castlevania! The expansion will be released in early 2023.

Creators Returnal confirmed that the game will be released on PC in early 2023.

Announced a new game about Hellboy – Hellboy Web of Wyrd.

Small teaser Horizon Call of the Mountain for VR.

Stylish Adventure Announced After Uswhich will be released in the spring of 2023.

We also prepared a small gameplay trailer Atomic Heart to the song of Pugacheva. The game will release on February 10, 2023.

Creators Among Us released a new trailer with a mode where the killer does not hide his identity and immediately kills “peaceful” for a limited time. The mode will appear today.

A stylish trailer for the upcoming cyberpunk platformer has appeared REPLACEDwhich will be released in 2023.

This preshow has come to an end – the main ceremony begins!

Creators Hades announced the continuation and presented the trailer Hades 2. Early access will start in 2023. 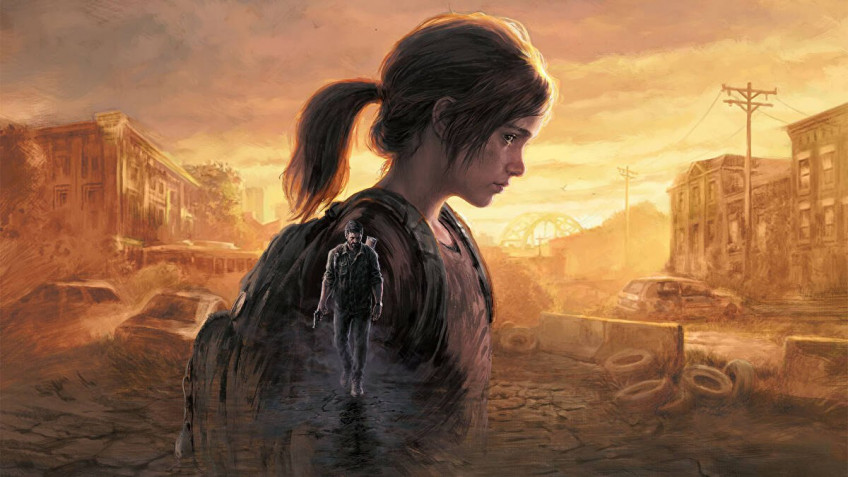 EA and Respawn presented a new trailer Star Wars Jedi: Survivor – the game will be released on March 17, 2023!

Meanwhile Square Enix demo version announced The prophesied, which is already available on PS5. The game itself will be released on January 24 on PS5 and PC.

Studio Hideo Kojima announced Death Stranding 2 (working title), showing a spectacular video with the heroes Lea Seydoux and Norman Reedus! The game is being made for PS5.

Ascendant Studios presented a trailer for a fantasy shooter Immortals of Aveum The game will release in 2023.

Fantasy Survival Gameplay Trailer Nightingalewhich will be released in early access in 2023.

Running released the long-awaited new trailer Baldur’s Gate 3. The role-playing game will be released in August 2023.

Diablo IV received a new trailer, and the developers finally announced the release date – June 6, 2023. Those who pre-order the game will have early access to the open beta.

Bandai Namco and Amazon Games presented the adventure trailer Blue Protocolwhich will be released next year on PS5, Xbox Series and PC.

Another trailer – game announced Remnant 2, continuation Remnant: From the Ashes.

Announced Transformers Reactivate is an action game for up to four players to play together.

Company of Heroes 3 will actually release on PS5 and Xbox Series in 2023.

And a separate strategy gameplay video on consoles.

Creators Life is Strange from Don’t Nod announced a new role-playing action called Banishers: Ghosts of New Eden. The game will be released in late 2023 on PS5, Xbox Series and PC.

Showed the much-anticipated gameplay no less than expected Warhammer 40,000: Space Marine 2, which will be released in 2023 on PS5, Xbox Series and PC. Responsible for development Saber Interactive.

Trailer post-apocalyptic Meet Your Maker from the creators Dead by Daylight. Here, players will have to build their own outposts full of traps, as well as break into the fortresses of others.

Alone Crash announced a new game at TGA with confrontation between teams of four heroes, — Crash Team Rumble. The game will be released in 2023.

Published a new trailer for a dark role-playing action The Lords of the Fallen.

Michael Madsen (“Reservoir Dogs”, “Kill Bill”) introduced a new game Crime Boss: Rockay City with a bunch of familiar actors, including himself Chuck Norris! The game itself is set in the 1990s and will release on March 28th.

CD Projekt brought to TGA a gloomy story trailer for the upcoming add-on “Phantom Freedom» for Cyberpunk 2077. And there you can see Idris Elba.

The actor will play Solomon Reed, a secret agent in the New USA. V and Reed will have to team up to cope with an impossible secret mission and survive.

FromSoftware and Bandai Namco announced Armored Core VI: Fires of Rubicon The game will release in 2023.

Forspoken: The demo missions were created on purpose, they do not represent the final game