With “Judas”, the next work from “BioShock” creator Ken Levine was officially unveiled at this year’s The Game Awards. 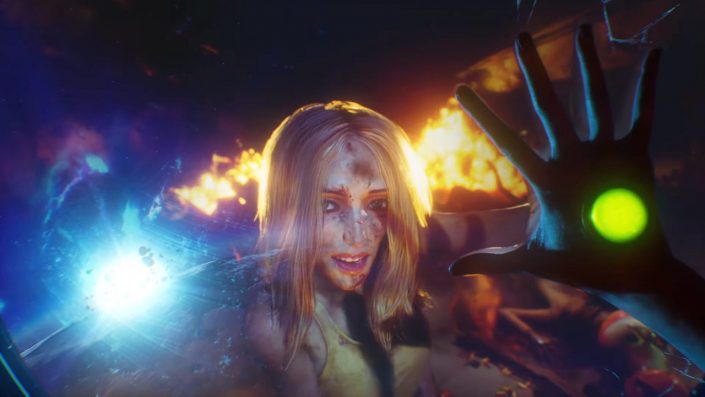 After there have been rumors about the new project by Ken Levine and his Ghost Story team over the past few months, it has now been officially announced in the form of “Judas” at The Game Awards 2023. As usual, you can watch the recently published teaser trailer, which gives a little insight into the game world of the upcoming first-person shooter, further down in this article.

Escape from a disintegrating spaceship

In the single player title, you take control of the eponymous Judas, who is described as a “mysterious and deranged” person on the game’s official website. Trapped on a disintegrating spaceship along with other people, Judas must find an escape route if he is to survive. In order to achieve this goal, alliances with other survivors can be formed or broken.

The game scenes contained in the Reveal trailer, however, are clearly reminiscent of Levine’s previous work on the “BioShock” franchise. In “Judas”, the player not only seems to be able to use all kinds of firearms, but also to be able to use supernatural powers. How these work exactly and how many there will be in the game is not yet known. But “Judas”, like its spiritual predecessors, seems to attach great importance to its story.

In the past, Ken Levine has spoken several times about his latest project and has already hinted in conversations sick ideas on. However, there are said to have been problems with the work on the game again and again. At the beginning of the year, for example, a report caused a sensation according to which “Judas” in development hell should have stuck. In addition, the development of the title was restarted several times.

Judas is currently in development at Ghost Story for PlayStation 5, Xbox Series X|S and PC (via Epic Games Store & Steam). A release date is not yet known.

What is your opinion on the first “Judas” trailer?

Hideo Kojima has announced his new game - it's Death Stranding 2

Super Mario Bros Movie at The Game Awards: the new trailer is everything for Captain Toad

Star Wars Jedi Survivor: a release date and a video that commands respect!

Soccer Story – past the gate. Review

Atomic Heart in VR? ‘We are thinking about it’, reveal the developers