The next camouflage hardware is here. Sony has released the PS5’s Pulse 3D headset with a camouflage look. For 99.99 euros, console owners can buy the headset and use it on the front of the living room. 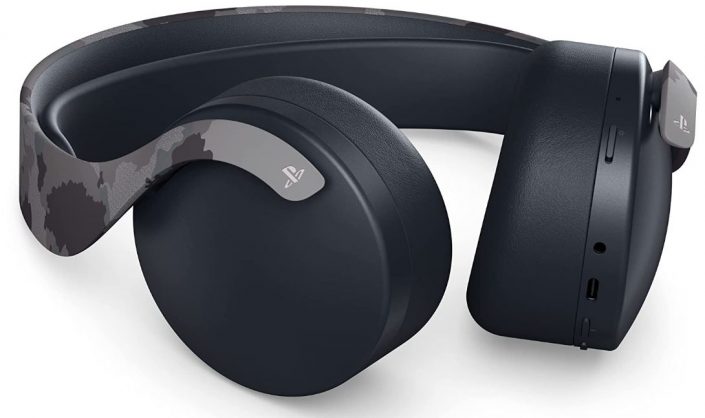 Sony announced over the summer that the PS5’s Pulse 3D headset would be released in December in a camouflage color option. Pre-orders have been possible since September and the camouflage-look hardware has meanwhile been launched.

The new version of the Pulse 3D headset can be purchased from retailers such as Amazon, Media Markt and Saturn, which we have linked below. The price at all three dealers is 99.99 euros. It’s the standard price that the white and black models were also launched for.

Technically, no major improvements should be expected as the hardware is the same as what buyers of the white and black Pulse 3D headset will get. On board are two integrated microphones and a battery that should last up to twelve hours. Our Pulse 3D review provides further impressions of the headset.

The Pulse 3D headset comes with a wireless adapter, a USB cable, an audio cable and the obligatory user manual.

Also the other camouflage models have already been published. The console covers for the PS5 cost 54.99 euros, while the DualSense camouflage look costs 74.99 euros. The same price applies to that, by the way Special model for “God of War Ragnarök”which also remains in the trade.

Something is also happening with the PS5. As Sony recently announced, the Delivery problems largely history. Players can Pre-order hardware conveniently from retailers and are guaranteed to be delivered in the coming weeks. In most cases, however, nothing will happen before Christmas.

One of the best sci-fi series of 2022 is on Amazon Prime Video!

Aroged: In the updated version of The Witcher 3, problems with the acceleration / deceleration of replicas in Russian localization have been solved