Friends of the fighting game genre can look forward to two real blockbuster titles next year. In addition to Street Fighter 6, whose release date was revealed at this year’s Game Awards, Tekken 8 will probably celebrate its release. Along with the Game Awards, we also got our first look at the gameplay of the game, which is what keeps Tekken so popular among fighting game enthusiasts after all this time.

Tekken 8 is called Fist Meets Fate, so it’s already clear that there’s going to be a lot of focus on the storyline once again. The character Jun also reappears after a long time as a playable character in a Tekken offshoot. So Tekken 8 is also quite interesting for fans of the story. Overall, the developers want to make the game a bit more aggressive than its predecessors, both in terms of looks, with a lot more destructible environments and powerful-looking effects, and in terms of gameplay with the brand new “Heat” system. Aggressive players and playing styles in particular should benefit from this, which, according to the developers, will hopefully ensure a more exciting gaming experience.

Understandably, some users still want to know a lot more about the next Tekken offshoot, which is why we spoke to none other than Katsuhiro Harada personally about the most interesting aspects of Tekken 8 in our interview.

All of our questions for Harada were relayed through a translator, but funnily enough, when we specifically asked for Tekken’s netcode, even without a translation, Harada knew exactly what we wanted to know. 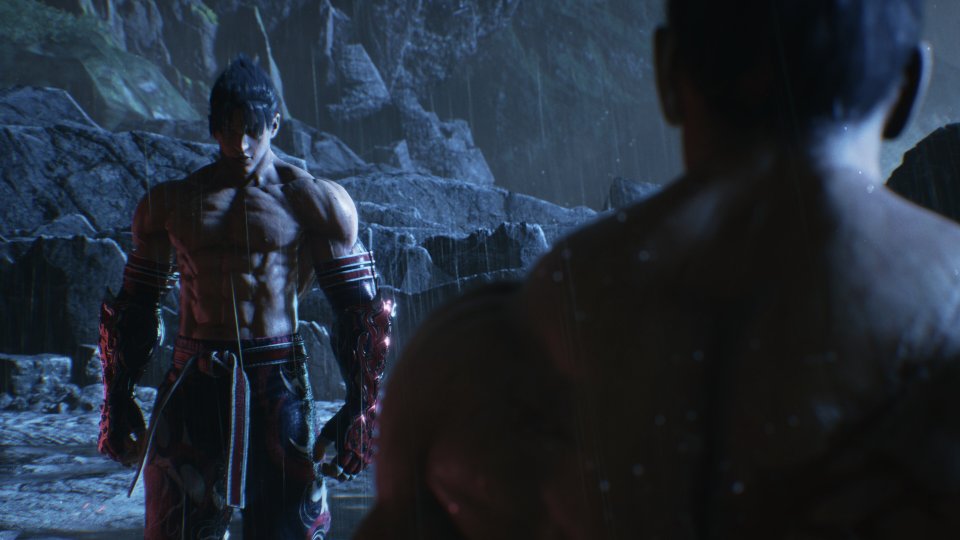 PC Games: Will the new Heat system replace the old Rage mechanic, or will both systems appear in Tekken 8?

Katsuhiro Harada: The rage system that we introduced with Tekken 6 will also be present in Tekken 8. The two mechanics are quite different from each other, so they will both be in play. We will reveal more details at a later date.

PC Games: Based on the previous material, there will be some changes in Tekken 8, including, of course, Paul’s hairstyle. The Tekken franchise is loved by many players because they learned a technique or combo decades ago and can still use it the same way in the latest installment. Will this design philosophy continue with Tekken 8?

With Tekken 8, we’re not just going to throw away all the mechanics and skills that players have learned. Again, we want to make sure that the things that players love about Tekken are present in the new spin-off.

It’s a brand new title, however, on a brand new generation of consoles. So there’s a lot of new stuff that we’ve added. Not just visual things, but gameplay mechanics too. It’s designed to play like a brand new spin-off, which is why many of the characters feel like new.

PC Games: Will there be an in-game tutorial and can we look forward to training mode improvements like built-in framedata?

We’d love to talk about this topic, but unfortunately we can’t at the moment. We know that features like this are very important to players, and with Tekken 8 we are clearly focusing on newcomers and returning players. We have therefore tried to make the game very beginner-friendly. 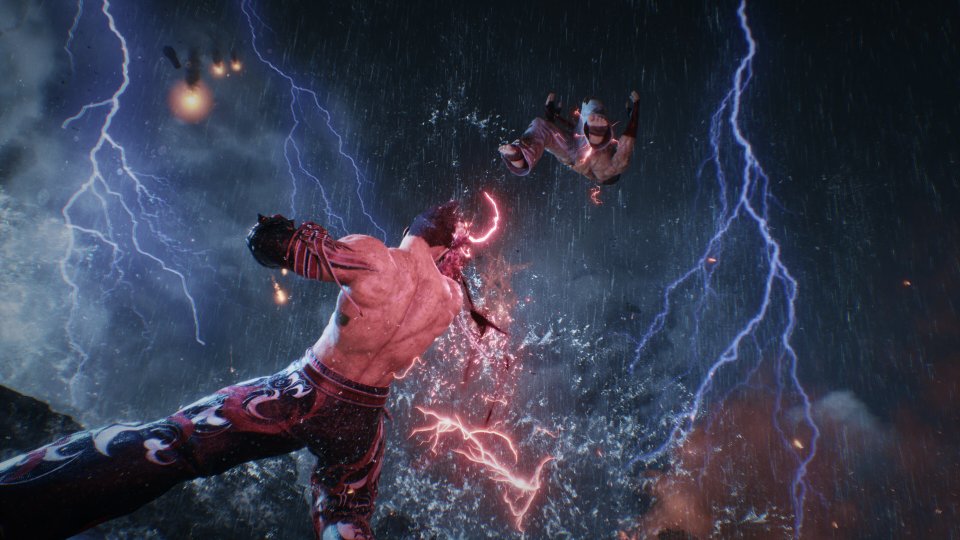 PC Games: Can we look forward to more single player content, like the return of Tekken Ball?

Unfortunately, we can’t say too much about that just yet, but whenever we released Tekken for consoles, we’ve added different game modes and content that players can also enjoy on their own.

PC Games: Is there already any information regarding the Tekken 8 netcode?

Unfortunately, we can’t talk about that today either, but usually all aspects of the game are improved. We don’t just leave things as they were, nor make them worse.

PC Games: How big will Tekken 8’s initial roster be?

Surprisingly, we can’t provide more detailed information on this either, but Tekken is known for having a fairly large roster, especially when compared to other members of the genre. So players can look forward to this again. We redesigned all models from the ground up for Tekken 8, so there would normally be fewer characters as a result. But despite that fact, we usually have more characters than our competitors and we don’t intend to change that fact.

PC Games: Will Heihachi be in the game?

That’s a tough question because the team at Tekken 7 (buy now / €5.4) made Heihachi’s story even more “final” than Harada originally wanted. It really looked like he had died, which surprised even Harada himself. So it’s hard to answer what will happen with Heihachi this time in the game.

Tekken 8 will probably be announced in December

At this year’s EVO event, we may have received a first teaser for Tekken 8, the successor to the popular fighting game.

The modder Ultraboy shared his mod for Tekken 7 on Twitter, which brings some characters from Elden Ring into the fighting game.

While we haven’t received concrete answers to the most burning questions yet, Tekken 8 already looks like a game that no fighting game enthusiast should miss. The new features on show certainly make for some anticipation, and if the developers actually improve all aspects of the game, Tekken (Gr)8 should be the most interesting installment of the popular series in a long time. As a little fun fact at the end, Harada told us that he cheered for Germany during this year’s World Cup.

Elden Ring became the game of 2022, and God of War Ragnarök received the most awards - the results of The Game Awards

Derek CHISORA: Fury and I are friends. Thanks to the referee for stopping the fight.”