As promised, Tekken 8 also made an appearance at the Game Awards last night. There was a trailer to see, fresh characters were confirmed – but there is still no release date for the beating game. 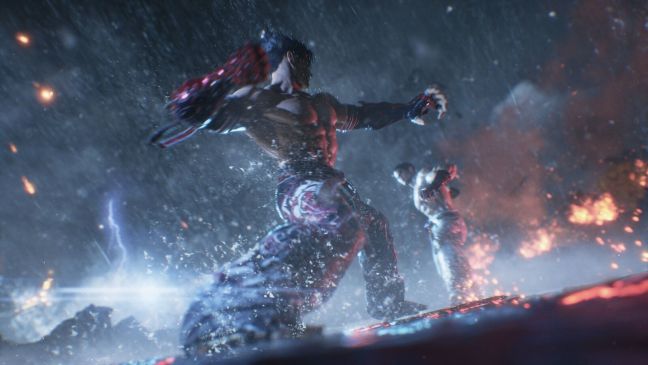 Bandai Namco has honored itself at the Game Awards and once again provided fresh information and impressions of Tekken 8. Accordingly, the official roster of fighters continues to grow.

Who is newly confirmed in the upcoming part? Specifically, Paul Phoenix, King, Law, Lars, Jack-8, and Jun Kazama have been announced for the brawler sequel, in addition to Jin and Kazuya. These can sometimes also be seen in a destructive new trailer, which also provides some clues to the story of the new part; you can see it further down in this message.

According to some other new information, the gameplay of the new Tekken 8 this time will focus on more aggressive tactics. The environments, which are dynamic and destructible, should also contribute to this. A new heat system mechanic is designed to trigger the aggressive attacks that boost the fighters’ skills and special moves.

Tekken 8 is scheduled for release on PS5, Xbox Series X/S and PC; there is no specific release date yet. The predecessor Tekken 7 was initially released exclusively for arcade devices in 2015, before a console version was released two years later. The last DLC character for this part of the series was in March 2021 with Lidia Sobieska.

At least there was a new trailer for Tekken 8 at the Game Awards, but the makers didn’t give a release date.

PS5 exclusive Final Fantasy XVI, but until when? The latest trailer reveals it