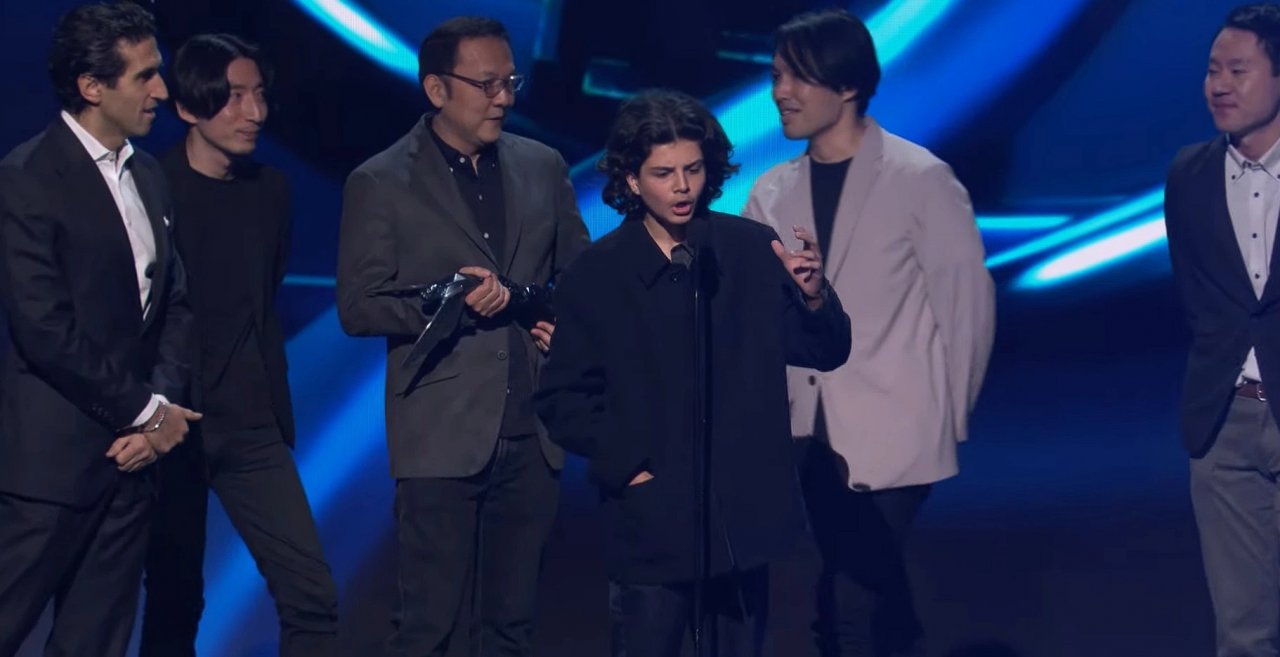 I The Game Awards 2022 ended rather anomalously. During the Elden Ring Game of the Year Awards, a boy snuck in sneaked onto the stage and ruined Hidetaka Miyazaki and FromSoftware’s moment of glory, with a short speech in which he quoted Bill Clinton. The crasher was immediately escorted out by security and, according to Geoff Keighley, was arrested by the police.

If you missed this special moment of TGA 2022, you can watch the video below.

The boy with a move worthy of the best Solid Snake took the stage mingling with the group of Miyazaki and his associates, remaining behind the scenes during the presentation of the GOTY award by Josef Fares. Once Miyazaki’s speech was over (at least he was polite enough not to interrupt it), he grabbed the microphone to make a short rambling speech:

“Hey Martin, I want to thank everyone and I want to nominate this award to my Reform Orthodox rabbi Bill Clinton.”

In the footage, you can see the amazement and confusion on Fares and Miyazaki’s faces, as well as the embarrassment of Geoff Keighley, organizer and host of The Game Awards 2022, once he returns to the stage.

Keighley himself tweeted minutes after the show concluded that “the individual who disrupted the Game of the Year moment has been arrested.”

However, several questions remain. Who was that boy? How did he sneak into the first rows of the audience without being discovered by security? And why does he care so much about Bill Clinton? But above all, who is Martin? He wonders if we will ever get an answer.

What we do know is that this intrusion is going viral on social media, so much so that l’hashtag #BillClinton is one of the most popular on Twitter at the time of writing.

If you missed The Game Awards 2022, here is our summary with all the trailers and announcements of the event. Here is also the complete list of all the winners.

Forspoken at the center of criticism and memes: Frey’s actress defends her character