Flame Brawler in Genshin Impact: how to win and score 4500 points 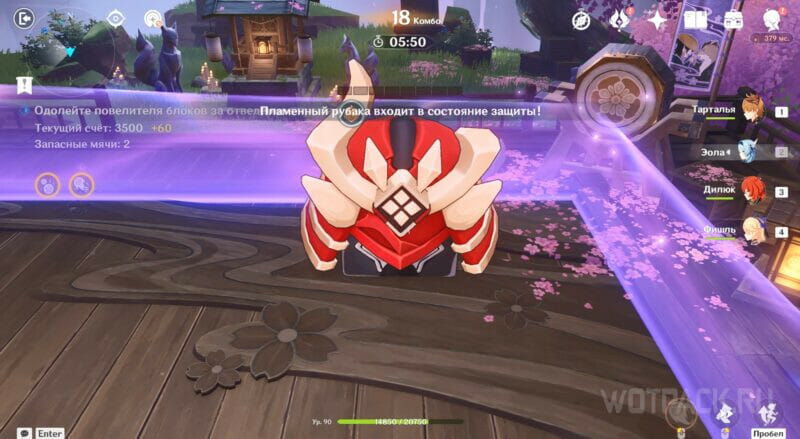 Flame Brawler in Genshin Impact is the second opponent from the Akitsu Kimodameshi event and belongs to the Overcoming challenge series. The enemy is distinguished not only by the variety of block elements, but also by a special skill that greatly complicates the repulsion of master balls and, accordingly, scoring. To win, you need to accurately select the squad and Yugei tactics.

In this guide, we will tell you how to defeat Flame Grunt, what tactics to choose to score 4500 points and how to make more than 50 combos.

How to start a battle

To start the test, you must complete the Ghost Stories quest and both tests in the second stage of Fun. After that, access to the second boss will open. Without this, it is impossible to start a battle. 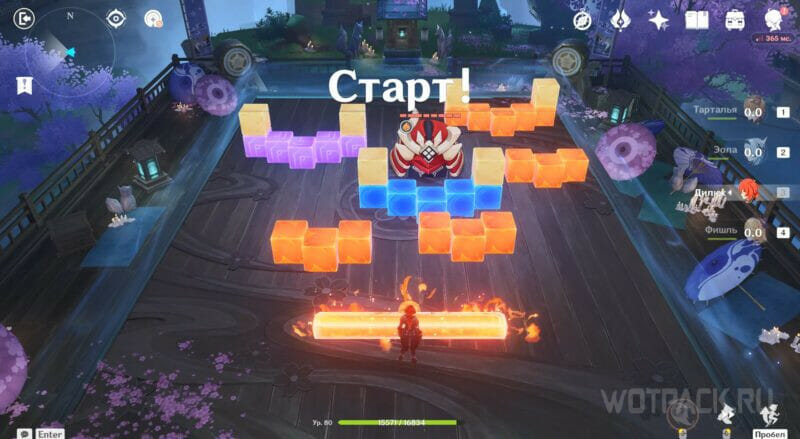 The boss is distinguished by a wide variety of elemental barriers: his buildings consist of basic cubes and blocks of all elements: Pyro, Hydro, Cryo, Electro.

For easy passage, it is recommended to take characters of all four elements into the squad so that it is possible to cause reactions with all blocks. The level of heroes and their pumping are unimportant, the main thing is the element itself. 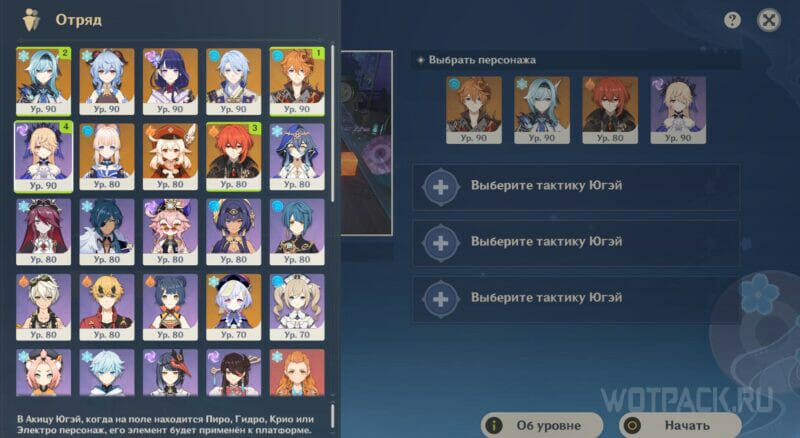 From the tactics it is recommended to make the following combination:

This combination is the most beneficial in terms of points balance and game comfort. 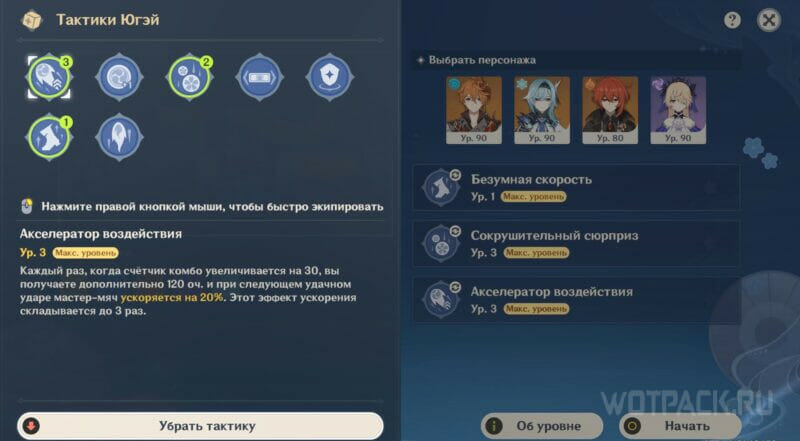 How to defeat Flame Brawler 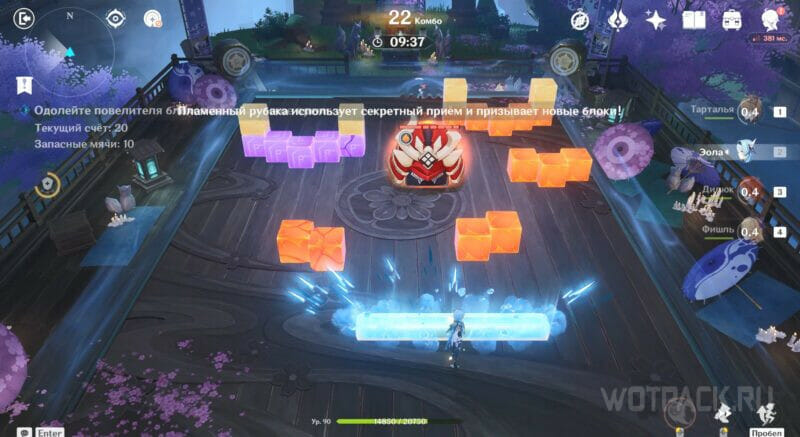 The enemy has a permanent Pyro status, a special ability to defend and the vulnerability of his blocks to certain influences. All this makes the test not the easiest, as you have to take into account many nuances, and some aspects of the game become much more complicated. 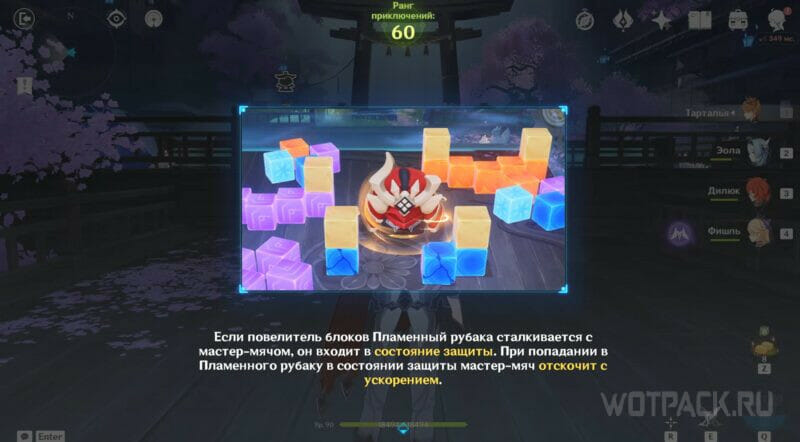 In addition to difficulties with the selection of a squad due to the variety of block elements, the boss is also complicated by the fact that he has a defense mechanic: when he collides with the master ball, he pushes him away with great speed. This ability makes it much more difficult to build combos, because it becomes more difficult to hit the balls.

Complex and constantly changing blocks, however, have a weak point: the effect of the Melting (Pyro + Cryo) and Steam (Pyro + Hydro) reactions. Pay special attention to the Hydro and Pyro characters in the squad. With their help, try to change the color of the ball and hit the necessary blocks to create such reactions.

How to get over 50 combos 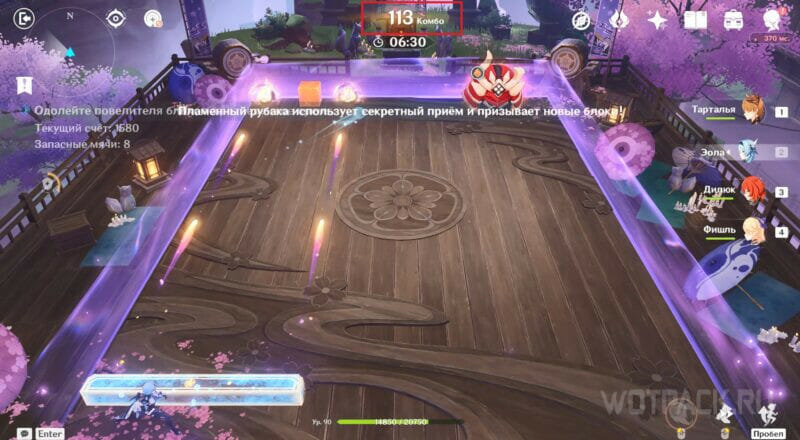 The main difficulty in fulfilling the condition can be that the boss, due to his defense, significantly speeds up the flight of the master ball. In this case, put the following tactics:

The points you get for playing with such buffs will be lower than with buffs to the number of points. However, this is a good way out if the problem is with the task of 50 combo hits with the ball. Also do not forget to use acceleration (right mouse button).

Since the enemy is difficult, to win, you must carefully monitor the battle:

Take tactics with an increase in points received and try to hit the boss as often as possible. After all, the sooner you destroy the enemy, the more time will remain on the timer. Additional points depend on the number of remaining minutes and seconds. 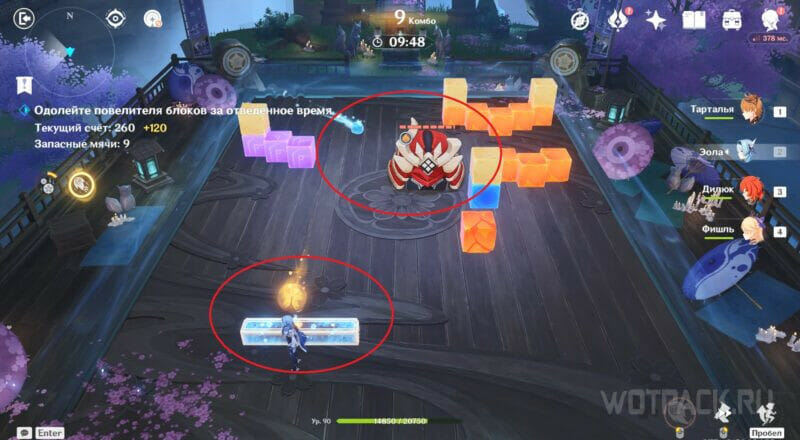 Exploit the weakness of the blocks by triggering the Melt and Steam reactions.

The final number of points depends on the tactics chosen and implemented, the maximum number of combos and the time spent on passing. 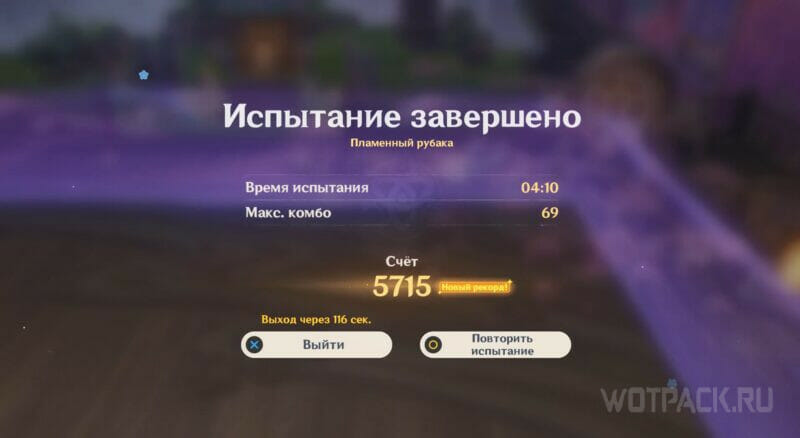 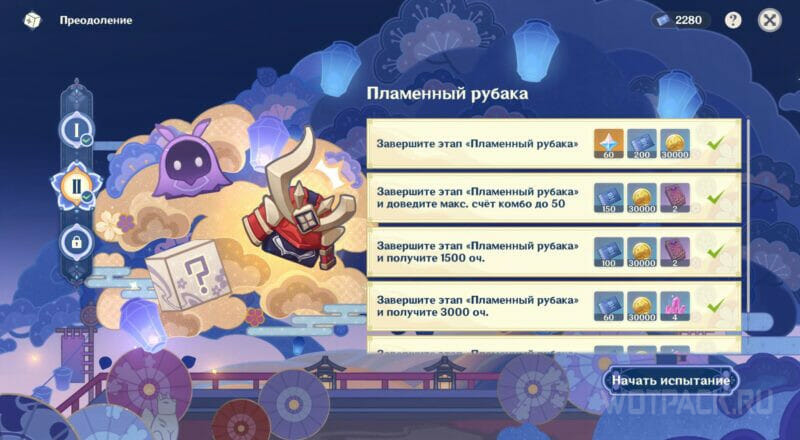 The following resources will be rewarded for your efforts:

We hope our guide helped you in defeating Flame Grunt in Genshin Impact. If you still have questions about how to get to 4500 points or make 50 combos, then write about it in the comments. Follow other Genshin Impact guides on our website.

You season 4: Release date, story … All about the Netflix series

"We will increase the power of the laser" - the head of the team, who made a breakthrough in thermonuclear fusion, spoke about the next steps