Ghost Stories in Genshin Impact: How to Complete the Second Round 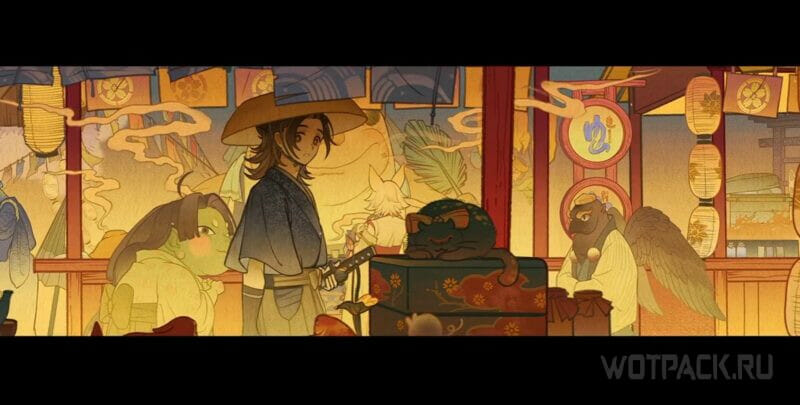 Ghost Stories in Genshin Impact is the second story quest of the Akitsu Kimodameshi event, where the Traveler tries to deal with the strangeness that happened in the previous test. The heroes will take part in the next stage in order to delve deeper into the dark secrets of the festival, as well as meet with supernatural creatures.

In the article we will tell you how to complete Ghost Stories, complete the second round, find a fan and play Akitsu Yugei.

How to start the Ghost Stories quest 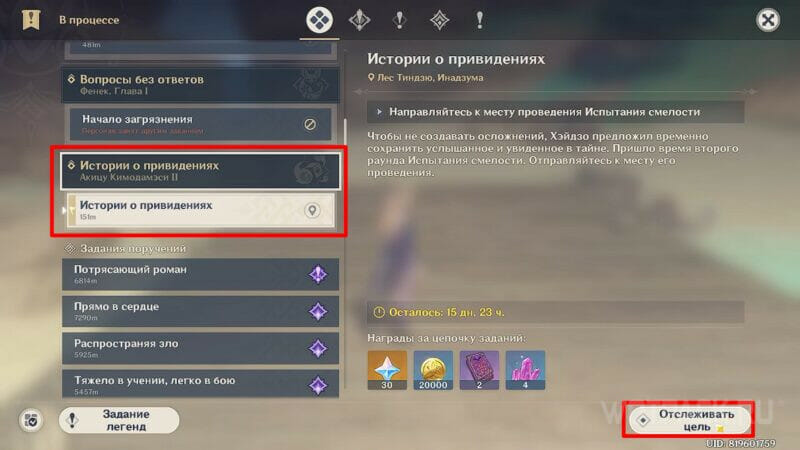 To start Ghost Stories, you must complete the previous quest Test of Courage. After that, the current mission will automatically appear in the quest log, from where it can be tracked.

The heroes encountered something unusual in the first trial. The second round is next.

Head to the Test of Courage location

Return to the forest of Tinju and from the teleport, run a little forward towards the waterfall. 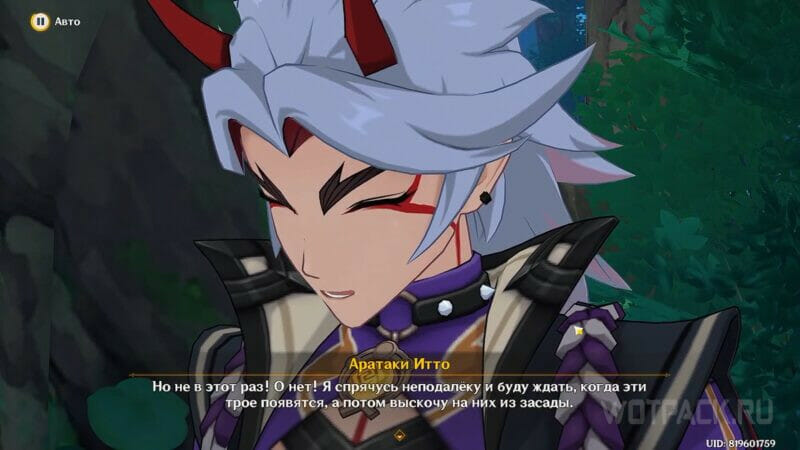 Itto is already waiting at the scene, intent on finding the masked children, whom the group had previously mistaken for ghosts. He asks the Traveler and Paimon to quietly continue participating, after which he leaves.

The heroes want to participate in the Trial of Courage again and turn to the priestess to sign up for the second round. To the story that strange and terrible things are happening here, the girl reacted neutrally and even positively. According to her, this is exactly what any organizer of such an event would like to hear. 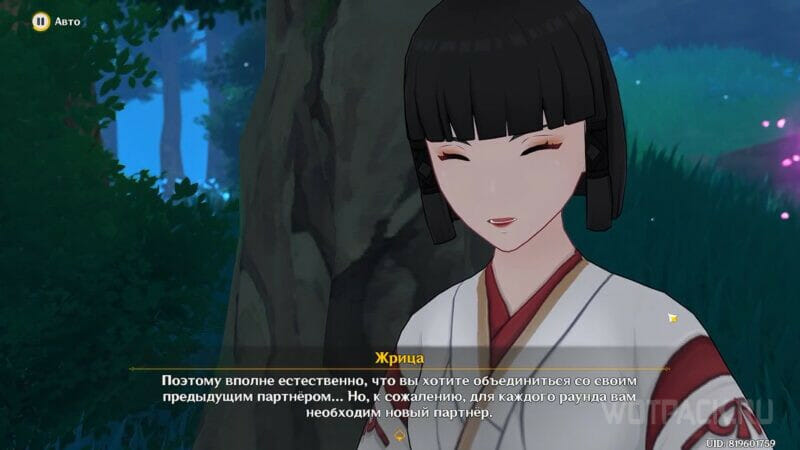 She also reveals that a new partner is required for the next round.

Choose a partner from three members

As in the first challenge, you must choose one character to accompany the Traveler on his quest. 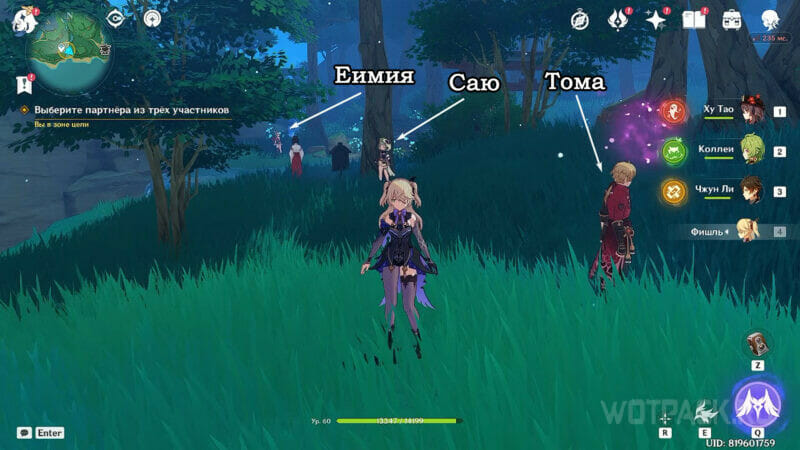 This time, among the heroes are: Eimiya, Sayu and Touma. They are all in the same area. Eimiya stands a little further on the other side of the river. Talk to each to make a final decision, or choose any you like. 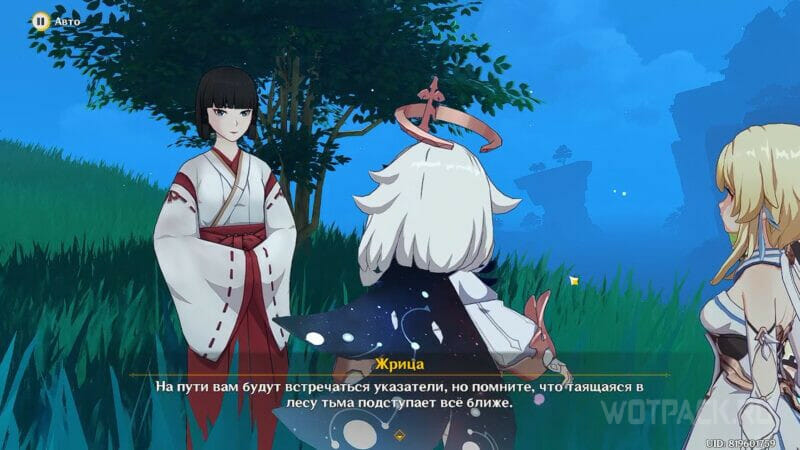 Talk to the priestess again to start the second round.

Complete the second round of Trials of Courage: where to find the fan

The main purpose of the test is the fan. Follow the signs and try to find your way to the item you are looking for.

Turn left first and move forward along the path. Then cross the river towards the big rock. From the statues with two Tanuki, turn right towards the rock. After that, near the wall, notice a flashing arrow – this is the desired item. 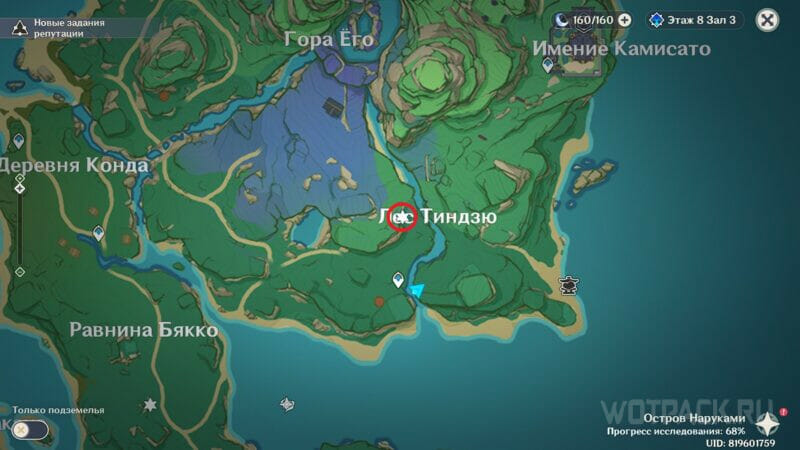 The screenshot shows the location of the fan on the map.

Check what’s up with itto

After finding the item needed for the second round, Traveler and Paimon decide to check the area to find Itto.

After the heroes give the fan to Sai, Arataka’s voice is heard nearby. He probably managed to catch the strange fugitives after all. Cross over to the other side of the river and find out who these masked guys are.

Itto still manages to remember that they look like creatures from the Youkai Handbook. They do not deny their essence and even share their plans. Their goal was the Yokai Festival or, as it used to be called, the Mikawa Flower Festival. The guys arranged it to get closer to people and thank them. It is also revealed that Akitsu Yugei on the coast is their creation.

Yoko decides to tell the story that inspired them to create this game. After that, a cut-scene begins about a wandering samurai who finds himself in the other world.

This is probably the story that Ayaka told in the first round of the Trial of Courage. In the cutscene next to the counter behind the samurai, one of Raiden Ei’s old friends, Kitsune Saiga, can also be seen. 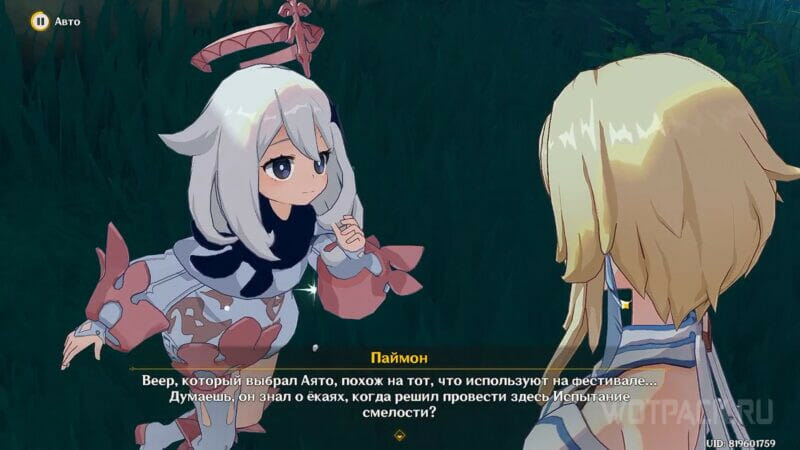 The surprises don’t end there. Yokai report about a certain man with blue hair walking around the area. The heroes understand that this is about Ayato, which means that he could have known about everything that was happening from the very beginning. Paimon suggests visiting the coast where the game is located to help the guys with the festival.

Teleport directly to the challenge (bulletin board) or go down on your own down to the shore. On the spot, the Traveler and Paimon notice a strange woman they met earlier in the forest.

They mistake her for one of the yokai and offer to play a wish game together. The girl without hesitation agrees to their proposal. 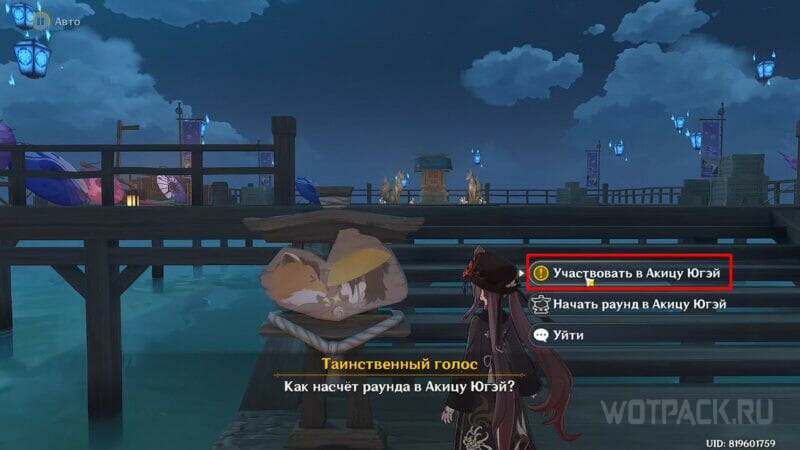 Go to the bulletin board and interact with it by selecting the “Participate in Akitsu Yugei” option to play the story version of the event. 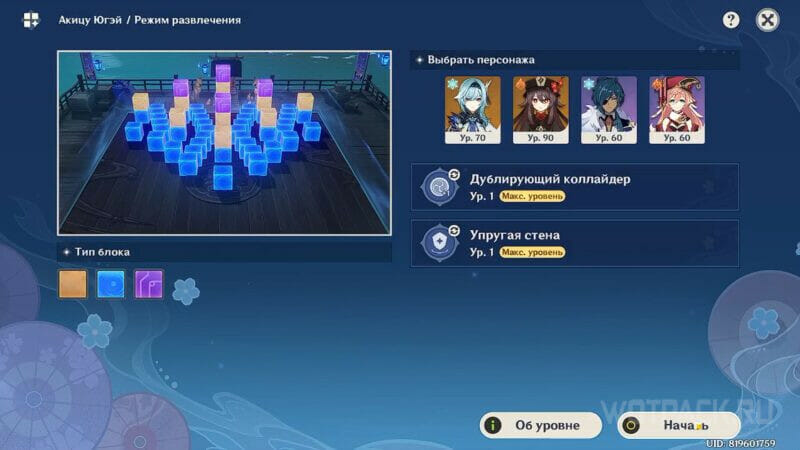 Tactics to choose from:

Select them, and then make a squad of any Kryo and or Piro charactersto effectively destroy Hydro and Electro blocks.

Basic tactics: use Cryo to get the ball infused and freeze the water blocks. You can then switch to Pyro to finally destroy them by triggering Evaporate.

Note that the number of points scored does not affect on the final result and does not change the ending in any way. The only condition is to destroy all the blocks within 10 minutes.

Talk to the mysterious woman

Regardless of the player’s outcome, the strange woman in red wins one way or another. As her wish, she chooses never to meet the heroes again, promising that this is her last warning. With these words, she leaves. 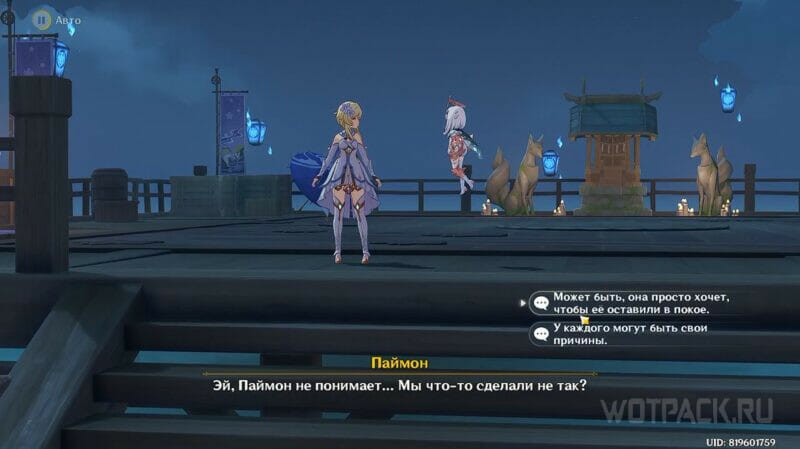 Although Paimon and the Traveler are surprised by her reaction, they decide not to dwell on it. Now it remains to visit Itto and the rest of the yokai.

Return to the location of the Test of Courage

Head to Tinju Forest and run ahead along the path. The heroes are already waiting for the participants of the first and second rounds. While everyone is talking nicely among themselves, the frightened members of the Arataki gang suddenly come running.

They say that they really encountered ghosts. Itto hurries to reassure them that it was really just a misunderstanding between humans and youkai.

However, Yoko reports that he sees these people for the first time and the rest of the guys have nothing to do with these incidents. All this frightens the heroes, because in this case, ghosts or other evil spirits can still be found in the forest. 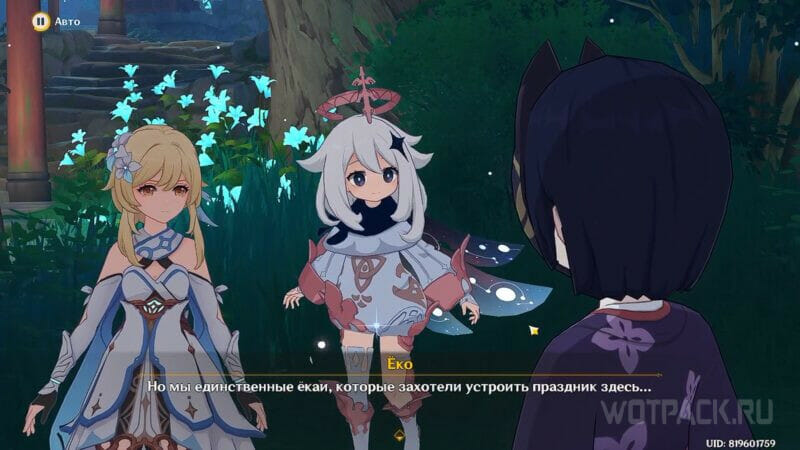 In addition, that strange woman in red also turns out to be far from a goat, as the Traveler and Paimon originally thought.

Heizo soon joins the conversation, investigating the mysteries of what is happening. He asks Arataki and his gang to inform everyone involved of the situation.

Approach the worker and talk to Heizo

Return to the test site by walking back along the path. The priestess is not there, and the group notices a red sign about the third round on the notice board. Although the message was left in a hurry, Heizo shows no signs of a struggle. One way or another, everything looks rather suspicious, so the heroes decide to stay and wait for the organizer to return.

Next story mission “The Flow of Life” Coming December 20th.

After completing the second story mission, you can receive the following rewards:

We hope our article helped you get through Ghost Stories. If you have any questions, ask them in the comments. Read other guides and walkthroughs of the game in the relevant sections on the site.

Honorable. Shakhtar's opponent in the LE beat the leader of the Dutch Championship

Over the past day, the Armed Forces of Ukraine destroyed 620 invaders, 24 tanks and 8 AFVs