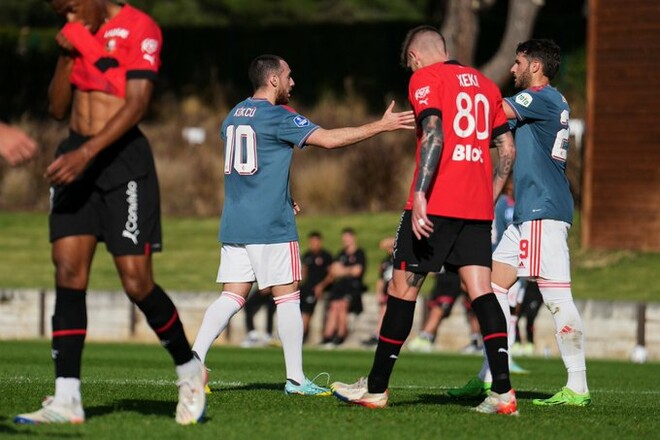 The Rennes club, in preparation for the resumption of the season in the French Ligue 1, held a friendly match with the Dutch Feyenoord.

The duel of the third team of the French championship table and the leader of the Dutch championship ended with the victory of Rennes – 2:1. Bruno Genesio’s wards scored the decisive goal in the meeting in the 80th minute from the penalty spot.

As you know, Rennes is a rival of Shakhtar Donetsk in the 1/6 finals of the Europa League. On February 16, the teams will have to play on the Pitmen’s field, and a week later they will play a match on the field of the French club.

The most popular graphics card in the world GeForce GTX 1650 tested in AAA games - still good?

5th round of Women's Champions League. 6 out of 8 quarter-finalists selected

Valve explained that they want to change Steam Deck 2

Death Stranding 2, a set of free PSN avatars: here is the code to download them