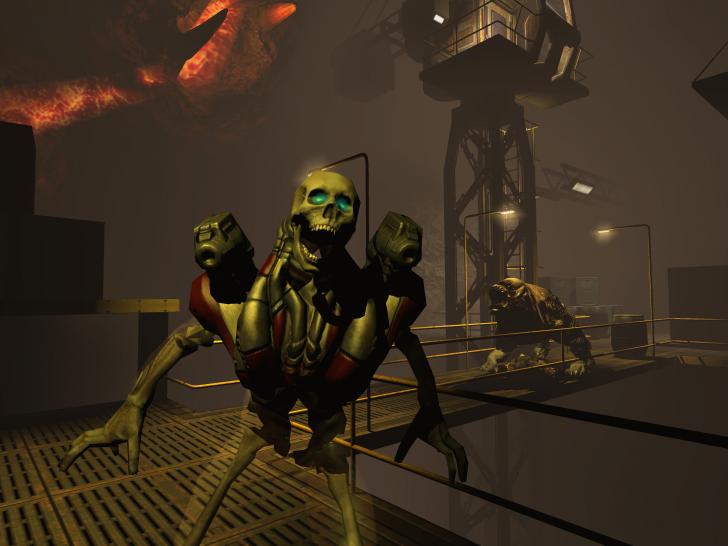 December 17th, 2022 at 00:01 by Henner Schröder – OpenGL plus Direct3D – the Fahrenheit project became known on December 17th and Denic was founded. Every day, PC Games Hardware takes a look back at the young but eventful history of the computer.

…1996: The German part of the Internet is growing up: On December 17, 1996, DENIC is founded in Frankfurt am Main. The German Network Information Center is the registration and administration center for all German network addresses under the top-level domain .de. In addition, DENIC takes care of the cooperation with the internationally active ICANN and takes on administrative tasks in the management of the Internet.

…1997: In the early 1990s, SGI’s OpenGL was the leading interface for computing 3D graphics. However, it was only at home on workstations, for Windows computers and thus above all for games, Microsoft offered a simpler alternative with Direct3D. The popularity of this competing graphics interface grew, which soon led to a debate among developers: Should one support the simple Direct3D or stick with the (then) more powerful OpenGL, wouldn’t the competition between the two systems hurt the entire market?

However, that should soon be over, as announced in a joint press release by both companies on December 17, 1997: OpenGL and Direct 3D will be merged into a common interface, the name of the project is “Fahrenheit”. In the year 2000 the development should be completed and Fahrenheit will then be the uniform 3D standard for Windows and SGI systems alike, professional applications and games will finally use the same programming interface. But with the growing popularity of Direct3D, Microsoft is losing interest in this project, investing hardly any development effort in the promised “low level” part of the common interface – and with the immensely successful introduction of DirectX 7 at the latest, it’s clear to everyone: Fahrenheit is dead. Soon it will be gone SGI also withdrew from the project; Microsoft had long since won the duel between OpenGL and Direct3D at this point.

Further information
• The first DirectX
• DirectX – from the beginnings to the present – part 1, part 2, part 3

Samsung, Apple: towards an ultra-bright OLED screen not to be watched at night

Flame Brawler in Genshin Impact: how to win and score 4500 points

For the community, Overwatch 2 is too toxic since it went free

NVIDIA has disabled native sharpening in DLSS 2.5.1 and advises developers to use NIS Sharpening in the future