Usually city-building strategies tend to be gigantic – just look at the cities in Cities: Skylines – but sometimes the soul asks for something more compact. In the case of the city-building game The Block released today on Steam, it is much more compact. 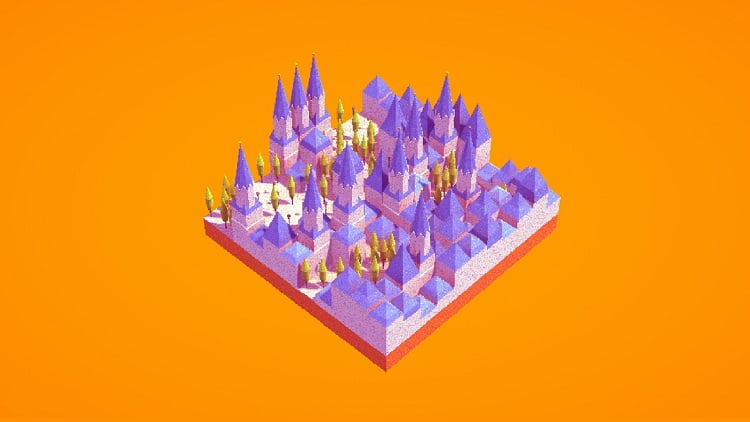 Known for last year’s miniature skateboard arcade The Ramp, developer Paul Schnepf calls his new creation “the smallest city-building game in the world.” After taking a look at The Block’s overview trailer (attached below), there is no doubt about the veracity of the statement.

The Block in the Russian segment of Steam already costs less than 90 rubles, and taking into account a 20% discount for the first week after release, it will cost only 65 rubles. Schnepf explains such a low price by modern standards by the modest size of his project.

Users of The Block are invited to place randomly generated houses, towers, trees in an area (from very small to just small) and watch how a tiny city block comes to life. Objects can be deployed, and objectionable buildings can be skipped.

Schnepf says that The Block was created more as a “digital toy” than a game: according to the author, it gives “a short, pleasant pastime” with no end goals or challenges to pass, which will allow you to “escape from the hustle and bustle of everyday life for a couple of minutes.” Sometimes something like this in life is not enough.

Mateo KOVAČIC: "We didn't get the game against Argentina"