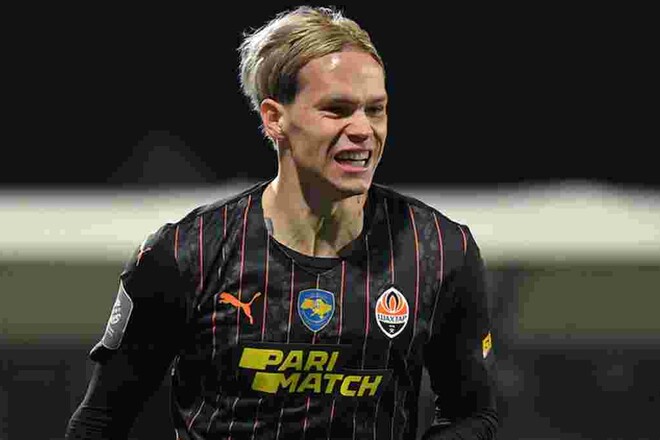 We invite you to familiarize yourself with a selection of the main news and materials on Aroged for Friday, December 16.

1. New candidate. Mudrik wants another club from London. Demand for Ukrainian is growing

2A. Zelensky wanted to speak before the 2022 World Cup final. FIFA refused. FIFA is not interested in the message of peace

2B. ZOZULIA: “Shevchenko is taking a picture with Infantino, whose hands are in the crap of Russian money.” Ukrainian footballer criticized the ex-coach of the Ukrainian national team

3A. Yarmolenko and Rebrov made it to the semifinals of the UAE League Cup with Al Ain. The away goals rule helped

3B. VIDEO. Rebrov nearly got into a fight with the opposing coach after the League Cup match. Al Ain advanced to semi-finals thanks to away goals rule

4. Ukraine also has a chance. It is known when FIFA will determine the host of the 2030 World Cup. The decision will be made in 2024

5. How without it? The supercomputer predicted the result of the 2022 World Cup final. Argentina has a better chance

6. Restructuring is inevitable: what will Germany be like after the failure in Qatar. Making changes to the composition of the Bundesteam

7. Ronaldo predicted a sad European future. The Portuguese striker is at a crossroads

9. Top 8 football players who earned the most in 2022. The main rating of world football millionaires at the end of the outgoing year …

10A. Ukraine beat Poland by three goals, but still lost. Another defeat from Poland

11. Limoges. Kalinina beat the uncomfortable Russian on her way to the final. Angelina won the first victory over Blinkova after five defeats in a row

Players spent nearly 1.5 billion hours playing The Sims 4 in 2022, and anger is one of the most common causes of death for Sims

The newest vivo Y02, how is it different from the vivo Y02s, which model to choose!

Electric car: where are European batteries made, here is our complete map