A PHOTO. Messi’s son wrote a touching song to his father and Argentina ahead of the final

Eldest son of Argentina star forward Lionel Messi thiago wrote a touching song to his father and all of Argentina before the 2022 FIFA World Cup final in Qatar.

The mother of a 10-year-old boy and Messi’s wife Antonella Rocuzzo posted a photo of the song’s lyrics on her Instagram.

I was born in Argentina
On the land of Diego and Lionel
And the children of the Malvinas Islands,
I will always remember this.

I can’t explain it to you
Because you won’t understand it.
The finals we lost
I cried after them for so many years.

But now it’s in the past
Because on the “Maracana”
In the final with Brazil
Dad won again.

And Diego
Who looks down on us from the sky
Don Diego and his mother
Applaud Lionel.

Note that the World Cup final between Argentina and France will be held on Sunday, December 18. The starting whistle will sound at 17:00 Kyiv time. 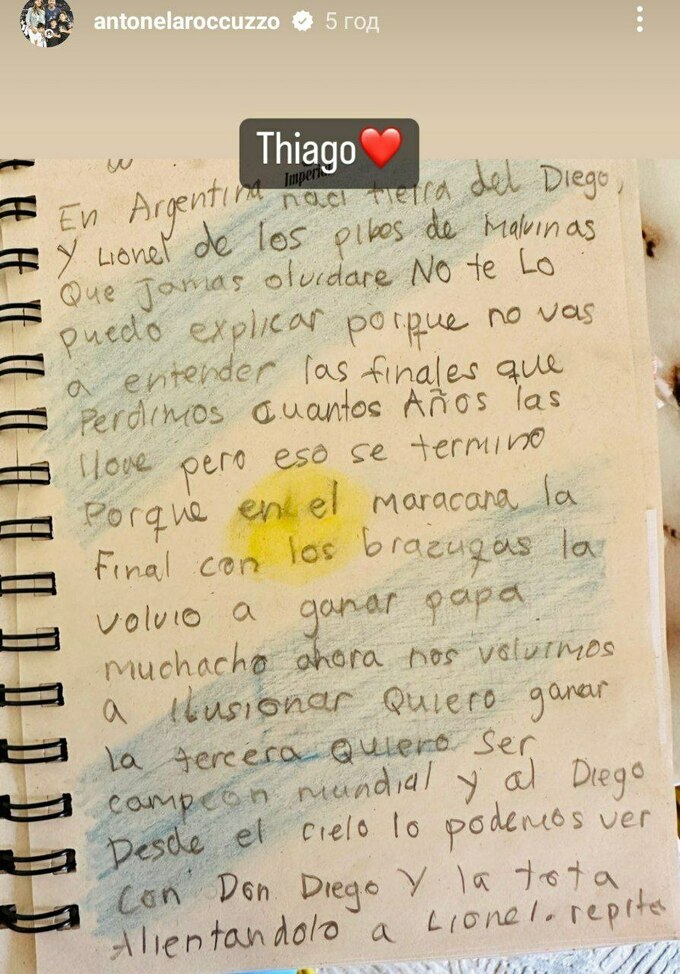 PlayStation VR2: more than 30 games coming out in the launch month, let’s see the list