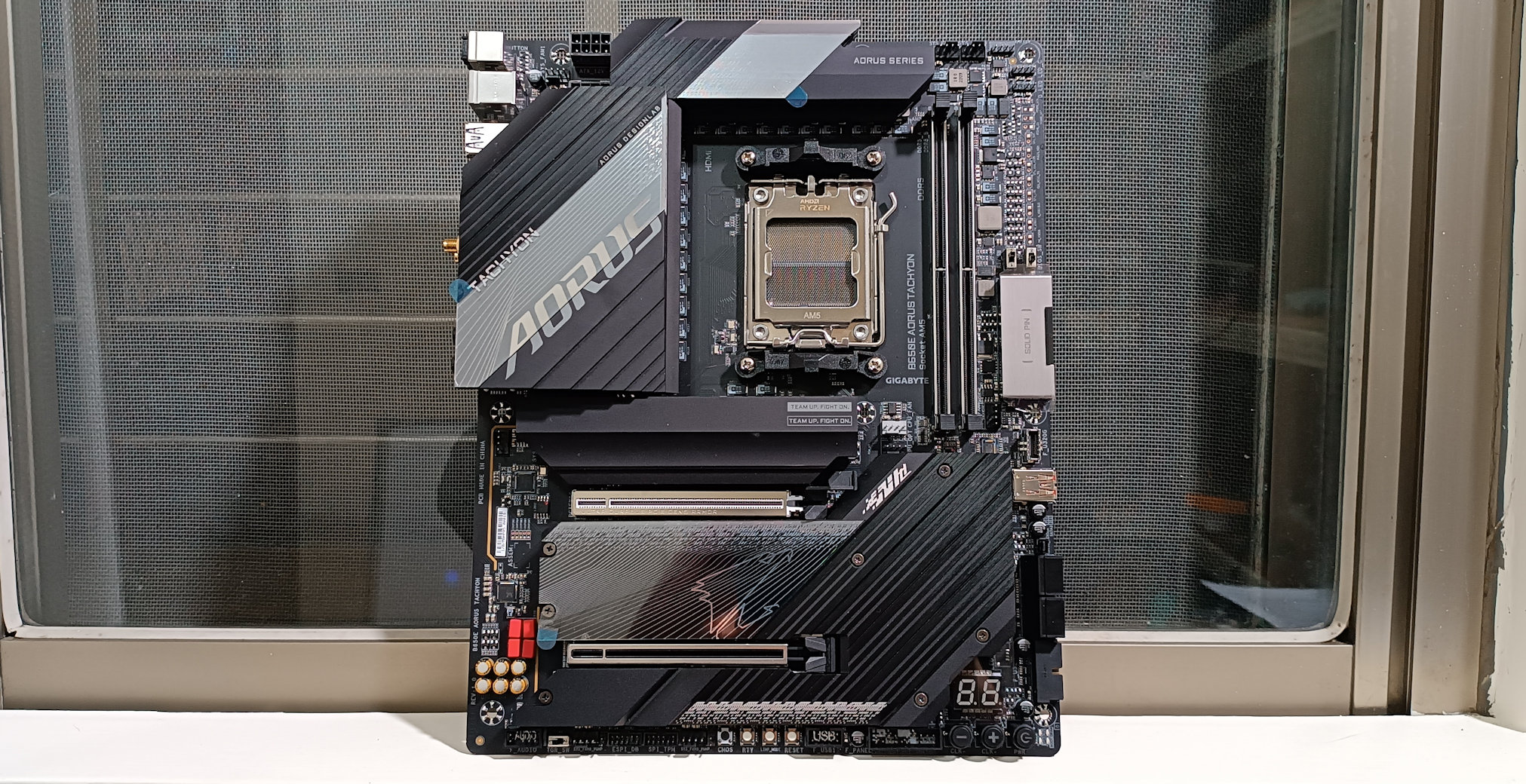 December 17th, 2022 at 7:15 p.m. by Tim Rantzau – The rumors have now been confirmed. As suggested by leaked images on Twitter, Gigabyte is developing a Tachyon motherboard for AMD AM5 CPUs, which, unlike most motherboards for the Ryzen 7000 series, does not use the X670E chipset.

Twitter account SkatterBencher shared the first images of Gigabyte’s new Aorus B650E Tachyon motherboard on the morning of December 16, 2022. This was specially developed for AMD AM5 CPUs, but does not – as previously suspected – use the X670E chipset, like most high-end motherboards for the Ryzen 7000 series.

Instead, the Aorus Tachyon is based on the B650E chipset, using a single Promontory 21 chipset (PROM21) instead of two like the X670 series. This means fewer PCIe lanes are available. One of the reasons for this may be that the Aorus Tachyon series is all about extreme overclocking. These boards feature a powerful VRM design, an overhauled memory layout, and dedicated overclocking buttons.

As usual for most overclocking boards, the B650E Tachyon only has two individual DDR5 slots. Overclockers often tend to use one or two memory modules at the same time, which ensures a higher frequency. SkatterBencher, who posted the images on Twitter, is known for very detailed overclocking guides for modern CPUs. It looks like we’ll have more information on how capable the next-gen AMD Tachyon really is soon.

Naruto: Vote in the online poll on your favorite character, a new manga will follow

An eloquent statement. Mudrik shared a photo of a new tattoo

The sequel to the space adventure Starcom: Unknown Space is out on Steam Early Access

Lupine Zero: the prequel arrives! We will meet the Monkey Punch thief in school