Aroged, Bandung – Apex Legends is well known for its policy of dropping tires for players who interrupt during gameplay. It seems that writing “Andrew Tate” in chat is one of the restrictions for players. This was realized by one of the players who had discussed this controversial figure until he was suspended by EA.

One player shared details when he simply messaged “andrew tte cringe” in chat. Then he was given a suspension by EA for alleged “hate speech” for one week. EA will drop the permanent tires if it does so again after the suspension period ends.

Do you think this ban is fair? Teammates were discussing Andrew Tate, saying “women belong in the kitchen”, I respond with this in text chat before muting both of them. I got banned for a week. I can understand if I said something worse, but this? Tried disputing it & they said it was correct : from apexlegends

He shared his experience on the Reddit page. Not surprisingly, many users criticize EA’s decision. Some of them compare these rules to those of a dystopian world. Other users admit they don’t want to use the in-game chat feature.

EA has a policy titled “Positive Play Charter”. Through this policy, his party claims to want to form a gaming community that is safe, fair, inclusive and meaningful for all players. Therefore, harassment and hate speech whether it is racism, misogynism, sexism, and homophobia will trigger sanctions in the form of bans.

The case triggered by this policy is an example of Apex Legends’ strict policy of prohibiting sensitive words or topics. Many other players have been banned for this because of “harassment” and “hate speech”.

Who is Andrew Tate? 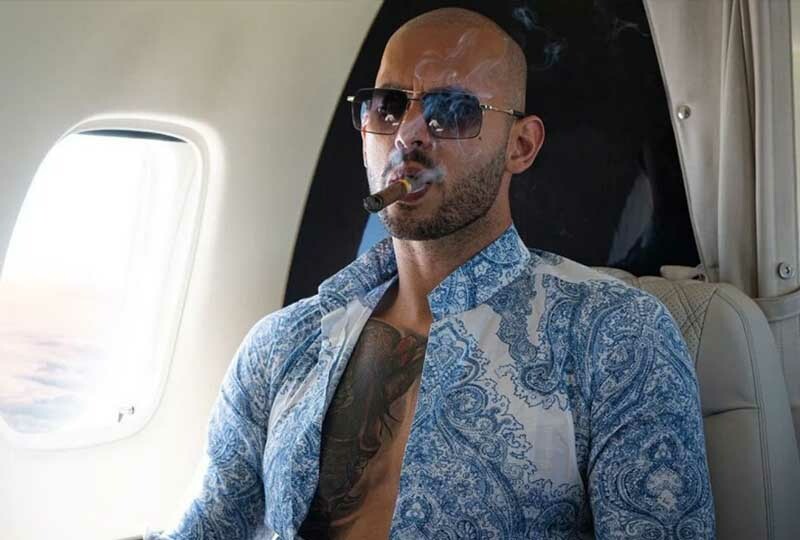 Andrew Tate himself is a former kickboxer and influencer from England. It has caught the attention of the gaming and streaming community recently. Not only that, he sparked controversy for sharing his misogynistic opinions. As a result, he got banned from almost all social media.

Tate became a popular search topic on Google until it surpassed Donald Trump and COVID-19.

In fact, the founder and CEO of G2 eSports, Carlos Rodriguez, was once seen partying with Tate. Rodriguez had defended himself that he had the right to party with anyone before finally making an apology. As a result, he resigned as CEO of the esports organization.

Before becoming famous as an influencer, Andrew Tate was also a Big Brother UK contestant in 2016. He was disqualified when a video of him attacking a woman using a belt went viral. He is also well-known among the far-right political community.

EA and Respawn Entertainment have yet to comment on the suspension and tires fueled by the “Andrew Tate” topic. Ironically, Elon Musk actually recovered the ban on Twitter accounts and dropped the ban on several journalist accounts.

Valve won't improve next-gen Steam Deck performance, but it won't be without improvements