Ubisoft is apparently still working behind the scenes on its own VR offshoot of the successful Assassin’s Creed series, although one did not appear at the showcase in autumn. 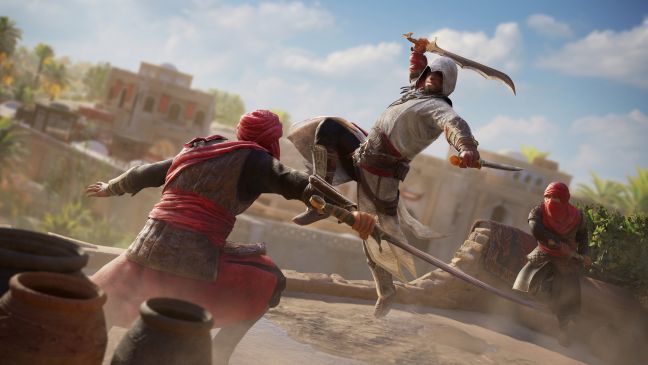 For the big anniversary of the franchise, Ubisoft broadcast a huge showcase for Assassin’s Creed in the fall of this year and announced numerous new parts of the successful series. However, there was one project missing that was commonly expected: a VR offshoot of Assassin’s Creed. Has this game been scrapped?

The answer to this question should now be “No” with a relatively high degree of certainty, because apparently Ubisoft is still working hard behind the scenes on such a VR game. At least that’s what a freshly posted job posting via Hitmarker suggests. Since the studio is still looking for staff for the VR project, this should still be a work in progress – despite the absence at the showcase in September.

The ad was found by the well-informed leakers at Insider Gaming, who added that they had also seen footage from the upcoming VR game. This should therefore already be nearing completion. In view of this, it is quite surprising for insider Tom Henderson that so far nothing has been seen of the VR game – after all, according to the leaker, it is Ubisoft’s most advanced Assassin’s Creed project, which is currently in work.

The job postings are looking for a Lead Level Designer and a Senior Technical Artist; At least in these areas there still seems to be some work to be done.

Assassin’s Creed VR, which is said to be internally codenamed Nexus, was already the subject of a leak in April. At that time, a Reddit user showed the first material from this title and gave some details. The footage featured a first mission called “The Sword of Ezio”; this name coincided with a leaked mission list from Insider Gaming. In the game, you should step into the shoes of various popular assassins from the series’ history and complete linear missions.

The official confirmation of the VR project by Ubisoft was two years ago; Accordingly, Red Storm Entertainment should lead the work on it. Nevertheless, the title had become suspiciously quiet since then, so that its existence was now also somewhat questionable.

Assassin’s Creed: Mirage – Dev Trailer with 15 minutes of info about the game

Naraka: Bladepoint is free until December 26, on PC

The authors of Amnesia: The Bunker showed how to handle weapons