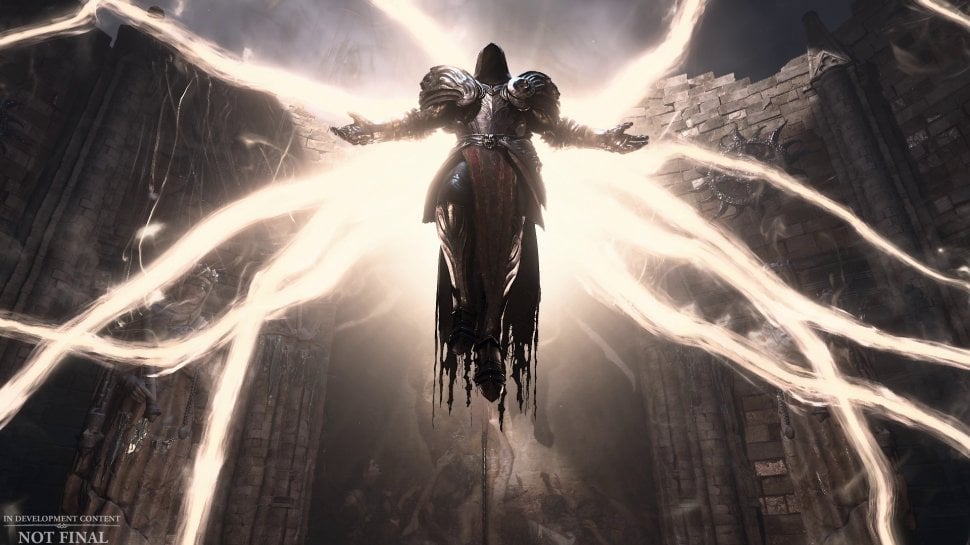 12/17/2022 at 1:15 p.m. by Jusuf Hatic – More and more details are being published about the upcoming action RPG Diablo 4: In a live stream, Blizzard now commented on the Battle Pass content and the schedule for the seasons.

After the official announcement of the release date of Diablo 4 and the start of the pre-order phase, Blizzard publishes more information about the action RPG. In the Twitch live stream called the Developer Update, which is to be carried out at regular intervals in the future instead of the developer blog until publication, the publisher presented new details about the Battle Pass offered, the controversial Collector’s Edition and the season system known from the predecessor.

As the developers announced in the Twitch stream, the Battle Pass for Diablo 4 (buy now €79.99) will be available in two different versions, one of which will be available for free. The premium version, on the other hand, is said to be available for a price of ten US dollars – it is still unknown whether the cost point will be taken over one to one in the euro area. In both Battle Pass options, Blizzard promises primarily cosmetic content, and certain boosts should also be unlockable, which give bonuses to experience points, for example. In the paid variant of the Battle Pass, however, there are simply more cosmetics, so that a pay-to-win system is ruled out.

According to the developers, unlocking all elements in the Battle Pass should take around 75 hours of play. In addition, any progress that the player makes in Diablo 4 has a direct impact on the respective level in the Battle Pass. At the time of this, Blizzard also expressed itself in the live stream: This should be valid for three months, which corresponds to the length of a season in Diablo 4.

Like Diablo 3, Diablo 4 also gets seasons, with which Blizzard regularly provides content updates including new quests or monsters for a breath of fresh air in the game. In addition to the mentioned length of three months, Game Director Joe Shely also commented on the start of the first season: This should only begin “several weeks after the release” of Diablo 4.

With this, Blizzard wants to ensure that no player receives an advantage in the rankings by pre-ordering the Deluxe or Ultimate Edition, which grants a few days early access to Diablo 4. In addition, Shely confirmed that all major updates to the game will remain free – Blizzard is only keeping a low profile on potential DLCs and expansions. However, it is likely that, like Diablo 3 with Reaper of Souls, they will ask the player to pay.

Will you buy the paid Diablo 4 Battle Pass or stick with the free version? You can use the comment function to let us know what you think. You would need to be logged in to PCGH or the Extreme forums to comment. If you don’t have an account yet, you could consider registering for free, which has many advantages.

Sustainable tampon alternative in the test: which menstrual cups are convincing

Aroged: It's worse for ourselves: the Russian Foreign Ministry commented on the next package of EU anti-Russian sanctions

What happened to Assassin's Creed Nexus in VR? New from Ubisoft

FIFA 23 / FUT 23: Martin Terrier POTM, discover our solution to complete your SBC at a lower cost