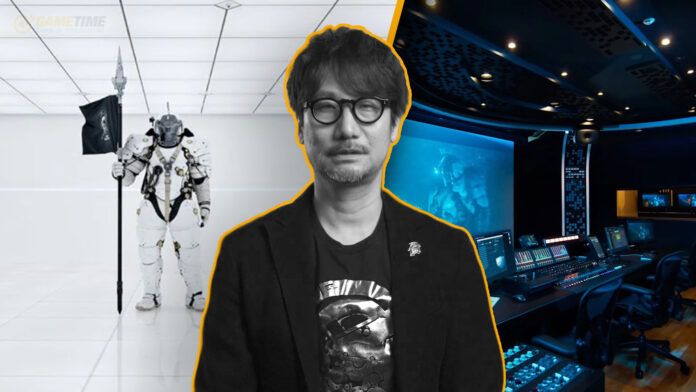 It has now been 7 years since Hideo Kojima, then an orphan of Konami after one of the most iconic and saddest divorces in the history of video games, founded Kojima Productions. This new studio started with a very clear idea in mind: to be independent and bring Hideo’s ideas to life without limits. And it is precisely on the occasion of these 7 years that Kojima delights us with a new video showing the new Tokyo studios.

Hideo Kojima and his company have indeed expanded with a new studio in the capital of Japan, located in a skyscraper in central Tokyo. The entire studio is characterized by a design that totally reflects that seen by the software house, with many styles that come together, giving a futuristic touch but without resulting in excessive. To delight the whole we then find the huge windows that overlook the city directly.

The study is mainly characterized by three sections. There is the area dedicated to offices, where we can see different types of rooms. There is an Auditorium, dedicated to presentations, and rooms dedicated to meetings. There is also a studio that encourages interaction between colleagues thanks to huge counters where the latter can exchange views. The studios will then present a welcoming relaxation area, where you can buy hot drinks.

Finally there is the room dedicated to actual development, full of advanced equipment dedicated not only to programming but also to Motion Capture and recording. The goal is to give as much prominence as possible to the performances of the actors with whom Hideo Kojima will collaborate in the projects he is working on. In fact, we recall that Kojima Productions is working on a new Death Stranding, codenamed Death Stranding 2, and on an Xbox exclusive title based on Cloud technologies, codenamed “Project Overdose“. Hideo Kojima has also launched into the world of cinema with a film focused precisely on Death Stranding.

Is Hideo Kojima's Death Stranding 2 a sequel or a prequel?

Active, passive, adaptive noise reduction… what is ANC and how does it work?