In January, the first news about the second season of “Unbreakable” will appear The official Twitter account of the animated series “Unbreakable” reported that December is the last month without news about the second season of “Unbreakable”, and already in January we will find out some similarities. What exactly is being discussed is still unknown. The last time we heard news about the series was in early 2022, when Steven Yan, who voices Mark, told Collider that work on the second season had not yet begun.

Unbreakable is an American animated superhero television series based on the comic book of the same name by Robert Kirkman published by Image Comics and premiered on March 26, 2021. The plot tells about 17-year-old Mark Grayson – the sons of the most powerful superhero on Earth, who will soon acquire superpowers and learn how to control them. 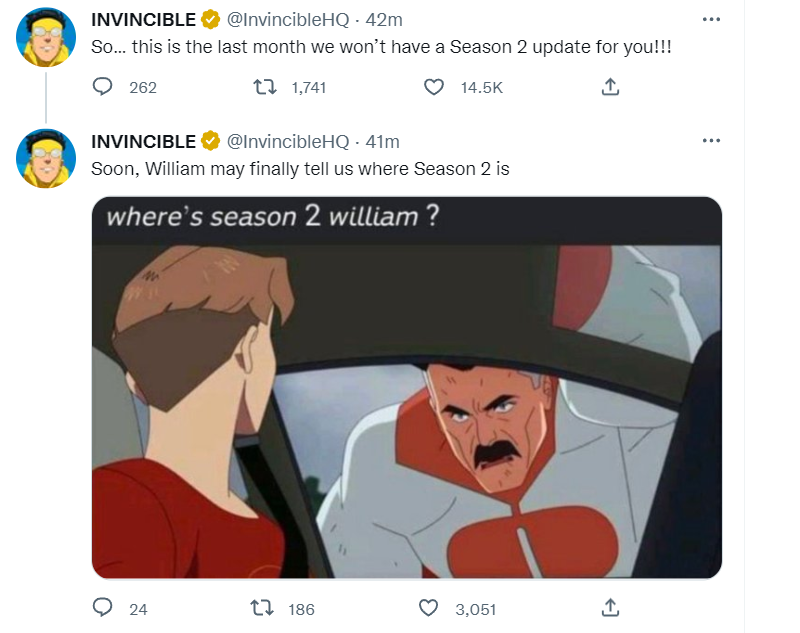 Alexey ANTONOV: “Telepool? Setanta was shocked by what was happening”

Just weeks after release, Need for Speed ​​Unbound is already 40% off

Aroged: PepsiCo partly revealed the real possibilities of the electric Tesla Semi for the transportation of goods

Starfield ads are already showing up in some stores