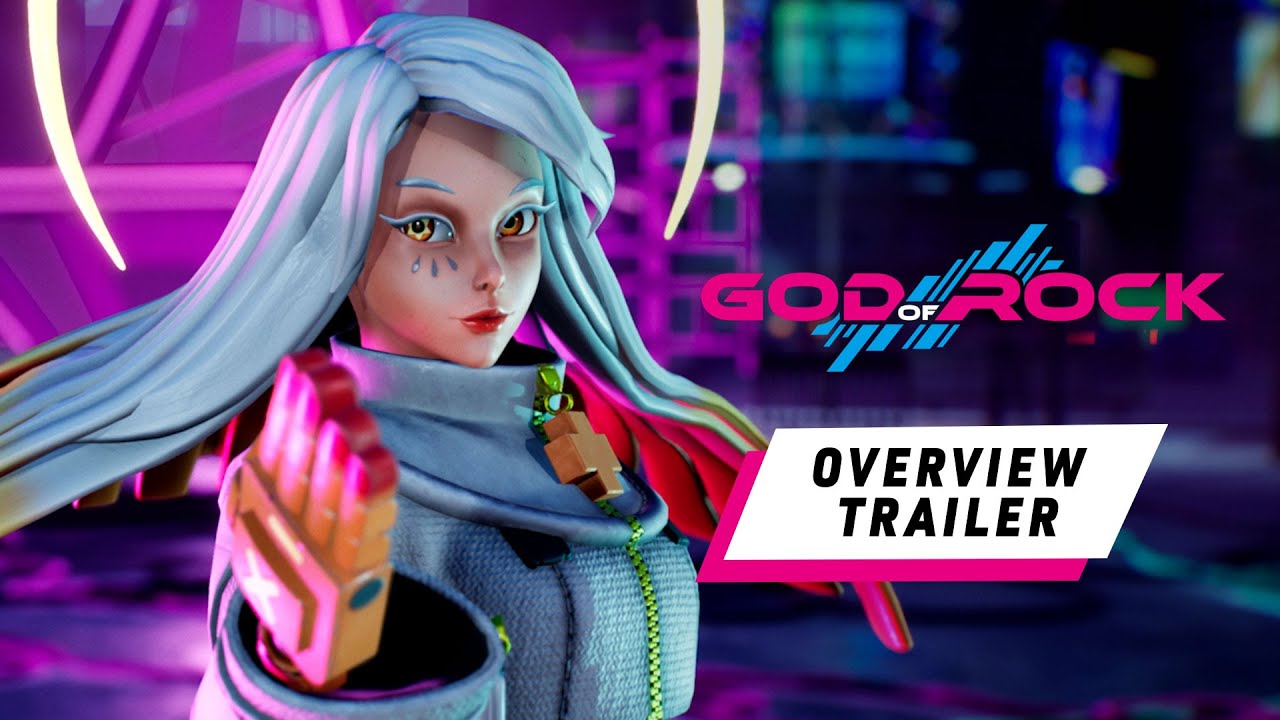 Rhythm-fighting hybrid God of Rock will be released for PlayStation 5, Xbox Series, PlayStation 4, Xbox One, Switch and PC on Steam on April 18, 2023, publisher Modus Games and developer Modus Studios Brazil have announced. This is a slight delay from the previously planned winter release window.

The mysterious god of rock has resurrected the souls of the universe’s greatest musicians to fight for his amusement. Endowed with new bodies and new abilities, each musician will become a participant in his own game, battling each other for musical supremacy on the world stage.

God of Rock combines fast-paced gameplay with fighting game mechanics for intense one-on-one matches. Choose from a dozen unique fighters, each with their own design, mechanics and harmonic attacks. Soften your opponent by performing normal moves and building up a meter by hitting notes to the beat of a song, then spend your meter to unleash EX while special moves deal damage and make your tracks harder. Finally, finish them off with a devastating super attack. As the battle progresses, the musical composition will become more and more difficult until only one fighter remains.

Rhythm battle. Engage in thrilling musical battles in this rhythm-based competitive action game. Limitless Skill Ceiling – The difficulty of the tracks will increase until only one fighter remains. Over 40 original songs – each with their own unique and challenging tracks to master. The universe is your stage. Control 12 completely different characters, each with their own play style, across eight dynamic scenes spread across the universe. Game modes Story mode. Follow your favorite character in a branching story mode as you battle other musicians to become the last man standing. Training mode. Master the most difficult parts of each song and practice performing special moves to the beat. Track editor. Make your favorite tracks your way by adding and removing notes to your liking. Local and ranked online multiplayer mode. Go head-to-head with players at home or around the world in casual and ranked multiplayer.

With 999 g on the scale, this LG PC is one of the lightest on the market

John Carmack leaves Meta complaining about the efficiency of the company

Steam Scream Fest at the start: many discounted PC games to celebrate Halloween

Denise HERRMANN: “The removal of Russians and Belarusians is the right decision”