Scientists have created a shock-absorbing protein material that can withstand particle impacts at a speed of 1.5 km/s

Nature once again suggested the way to discovery. Scientists at the University of Kent in Canterbury, England, have used a protein called talin to create a new shock-absorbing material that can stop supersonic projectiles without breaking. Such material will find application in bulletproof vests, in transport, as well as in aviation and astronautics. And for wearable electronics, such protection would also not hurt. 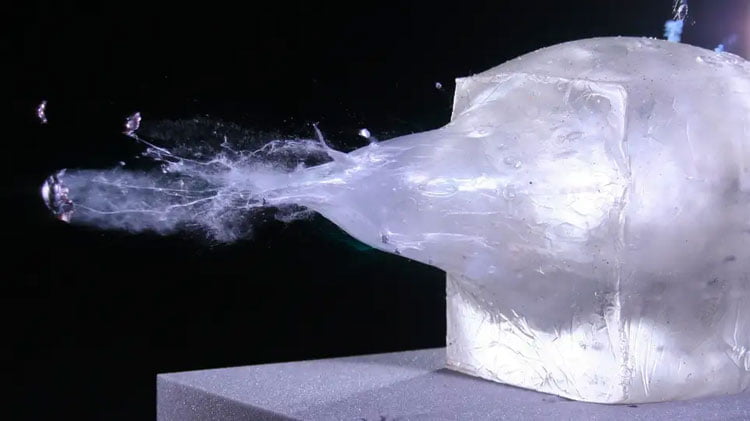 As part of living cells, the talin protein serves as a “natural shock absorber”. Its structure at the molecular level demonstrates the ability to unfold when stretched after impact and, after the dissipation of impact energy, fold back into its original shape. In other words, the protein as a whole is not destroyed and can repeatedly perform the task of a shock absorber, which cannot be said about conventional materials used, for example, in bulletproof vests.

On the basis of talin, British scientists have created a shock-absorbing material TSAM (Talin Shock Absorbing Material). To do this, other ingredients were added to it and polymerization was carried out. The process retained the basic shock-absorbing properties of talin. To test this, the TSAM material was bombarded with basalt particles about 60 microns in size – slightly smaller than the diameter of a human hair – and then hit at a speed of 1500 m/s with larger aluminum particles. In all cases, the impact was completely absorbed, and the particles themselves were not destroyed in the process.

A series of experiments only showed the potential of the development, so it is still premature to talk about stopping the cannon projectile. Nevertheless, there is hope for the emergence of a new shock-absorbing material, and it will inspire not only the military, but also astronauts and even us, for whom the indestructibility of smartphones is important not just as a joke about the “immortal” Nokia, but would be very useful in everyday life .

Avatar 2: Will the sci-fi blockbuster help cinemas out of the crisis?