SpaceX completed its 200th space launch on Friday, delivering two satellites from the Luxembourgish-French satellite operator SES into orbit. The Falcon 9 was launched at 5:48 pm ET (Saturday at 01:48 am Moscow time) from the SLC-40 launch pad at Cape Canaveral, Florida. 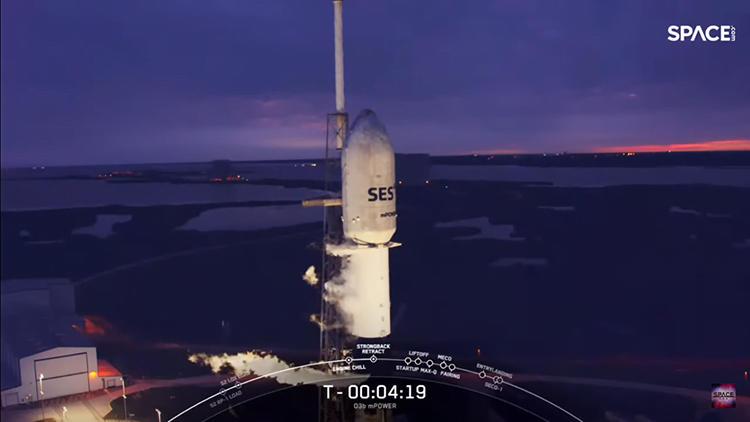 Less than nine minutes after launch, the first stage of the Falcon 9, which had been used for launches eight times before, landed on an offshore autonomous platform in the Atlantic Ocean. The deployment of the O3b mPOWER satellites to their intended Medium Earth Orbits (MEO) was completed approximately two hours after launch.

The O3b mPower spacecraft are the first in a future SES constellation of 11 high-capacity, low-latency satellites to provide multi-terabit global broadband. All of them will be placed in medium earth orbits.

Is it a photo? Is it a work of art? No, it's actually an LG air conditioner

This is the first AI that negotiates your invoices, a real free personal lawyer!

Logitech G502 Hero promo: The queen of gaming mice is at a low price with its mat!