In early December, it became known that PepsiCo was the first among Tesla customers to begin receiving mass-produced Semi electric trucks assembled at a new facility in Nevada. The logistics division of the food industry giant will get about a hundred Semi tractors in a version with a range of 800 km. PepsiCo representatives explained that when transporting branded soda, the travel distance will not exceed 160 km. 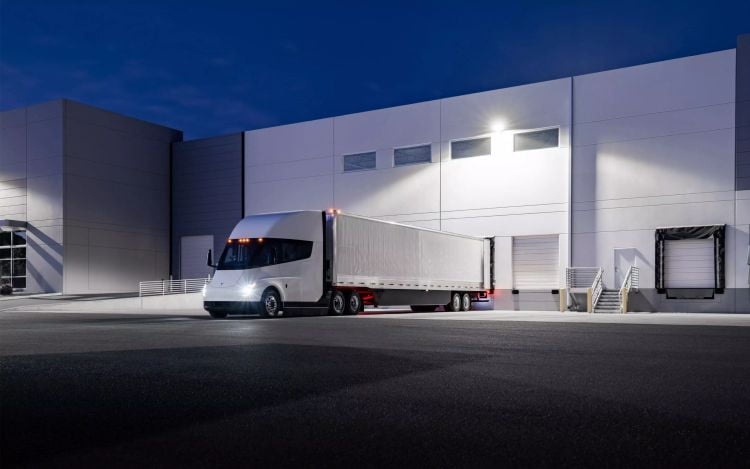 Tesla, at the time of the presentation of the production version of the Semi earlier this month, repeatedly emphasized that a fully loaded road train, with a total mass of more than 37 tons, is capable of covering 805 km without recharging, and part of the path during the test trip that caught the video ran through mountainous terrain . At the same time, it was silent what the payload of the machine could be, and what part of the total mass would be the tractor itself with the battery. Only by indirect data could it be established that the capacity of the latter is approaching 900 kWh, Tesla itself cited only indicators of the average electricity consumption per mile (1.7 kWh). Nothing was reported about the cost of the first cars in a modification with a power reserve of 800 km.

According to Reuters, in an interview with the agency, PepsiCo Vice President Mike O’Connell (Mike O’Connell) spoke about the features of the operation of the first Tesla Semi trucks received by the company. Of the 36 vehicles available, all will be distributed between two PepsiCo logistics centers in California. Only by the end of next year, the number of Tesla Semi trucks in operation will grow to 100 units. The specifics of operation will be as follows: trucks with chips will travel 684 km, while their residual charge will be 20%, and trucks with drinks in a semi-trailer will transport them for a distance of about 160 km. What caused the last restriction, the representative of the company did not explain, nor did he say what residual charge the car would have, which would transport a load of soda over a distance of 160 km.

Obviously, a batch of potato chips will be limited by the semi-trailer’s volume of cargo, not its weight. The carrier also did not say anything about the price of the cars, explaining that the cars would pay for themselves in seven years of operation. PepsiCo will build four 750kW rapid charging stations at the endpoints of Tesla Semi trucks in California. State subsidies of $15.4 million will help cover these costs, and each vehicle will be supplied with a federal subsidy of $40,000. In the future, the fleet of electric trucks will begin to operate in the central part of the United States, and then reach the east coast.

A PepsiCo spokesman explained that it would take 35 to 45 minutes to recharge the traction battery from 20% at the high-speed terminal. When Tesla starts shipping a Semi version with a nominal range of 480 km, PepsiCo intends to purchase the corresponding machines for its own needs. O’Connell declined to disclose the mass of the empty Tesla Semi truck, so not as much was known about the real capabilities of the new car as we would like.

How to privatize a house on a server in Minecraft

GameStop offers: The 2022 Advent Calendar has arrived. Here are the best offers for December 18th