A subscription to Xbox Game Pass con advertising a reduced price? It seems that Microsoft is evaluating this possibility, at least according to what is reported in a survey that the company has proposed to a series of Xbox users.

Among the various options we speak of just a subscription €2.99 per monthsupported however by commercial announcements: in practice the same strategy recently implemented by Netflix, but which could work better in the gaming field.

It also seems that the hypothesis being studied by Microsoft is quite aggressive: the privileges of the Ultimate version would be included in the €2.99 required for the subscription, therefore with EA Access e Xbox LIVE Gold available in the subscription. 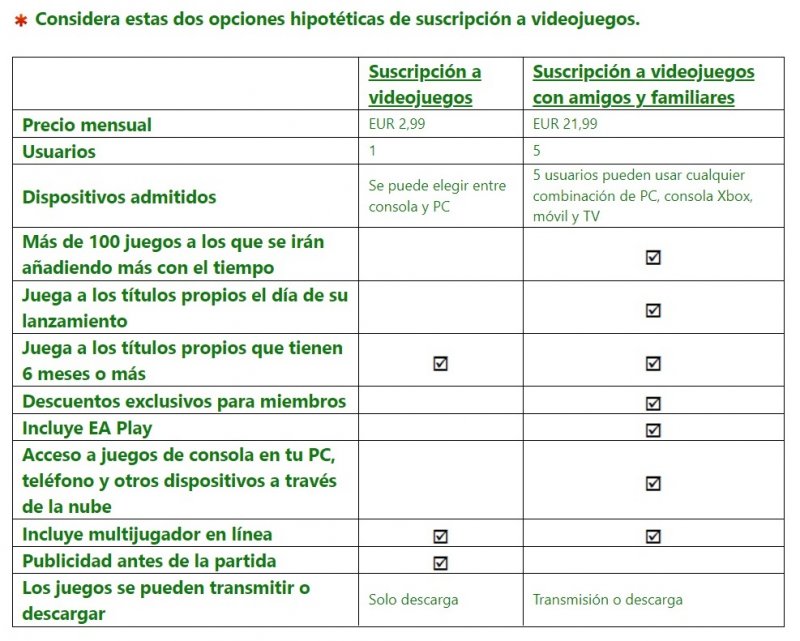 In short, it would be a clear cut compared to the current costs of Xbox Game Pass Ultimate: such a convenience that it could actually push users to accept the presence of some advertisements, although it will be necessary to understand how these contents will be presented.

Having said that, for the moment it is only a survey, a way to test the waters with respect to certain possibilities: Microsoft is really evaluating such a solution, but its eventual realization should not be taken for granted and depends on various factors.

Croatia vs Morocco: watch the 2022 World Cup online for free

Xbox Game Pass: is there a cheaper version of the ad-supported subscription on the way?

An insider revealed the banners of Genshin Impact 3.4: players are waiting for Hu Tao, Ye Lan and al-Haytham

Armored Core 6: gameplay and story details from the presentation at the Taipei Game Show

Trophies and achievements have ruined video games, for a Ubisoft developer

Who is Gonzalo Ramos? About the hero of Portugal, who put Ronaldo on a jar