A PHOTO. Best match ever? How Messi and company won the 2022 World Cup final

On Sunday, December 18, the final of the 2022 FIFA World Cup took place in Qatar between the national teams of Argentina and France. The main time of the game ended with the score 2:2. In extra time, the teams scored one goal each. As a result, the Argentines turned out to be more accurate in the penalty shootout – 4:2.

Until the 80th minute of the game, Argentina confidently won with a score of 2:0. But in 97 seconds, French star forward Kylian Mbappe scored a brace. The match went into extra time, where Messi first scored in the 109th minute, and then the same Mbappe equalized in the 118th. The game went into a penalty shoot-out.

The Argentines were more accurate, scoring all 4 penalties. While the French were able to hit the gates of Argentina only twice.

As a result, Argentina won the 2022 FIFA World Cup!

A PHOTO. Best match ever? How Messi and company won the 2022 World Cup final 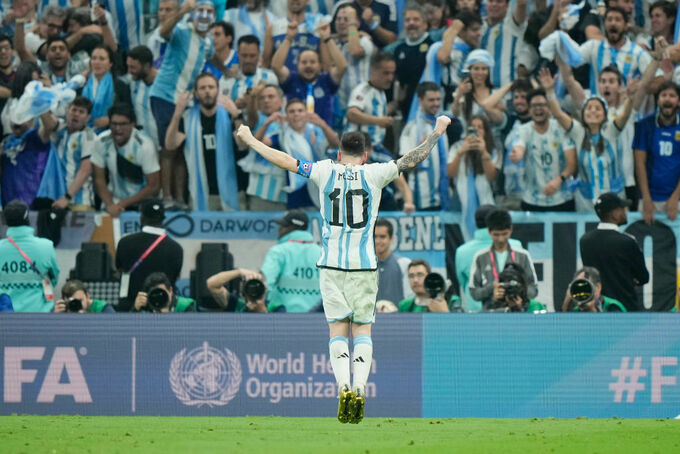 The authors of NARAKA: BLADEPOINT on the future of the game: a new hero, weapons, Game Pass

The three ways to bring Android to your car!

Former coach Joshua: “In the fight with Usyk, we did everything we could”

Louis Van Gaal: “A draw is better than nothing”