According to a new study published by an international team of scientists in the journal Nature Astronomy, unusual planets have been discovered quite close to Earth that can be completely covered in water. Astronomical models allowed the existence of such objects, but for the first time there was real evidence of their existence. 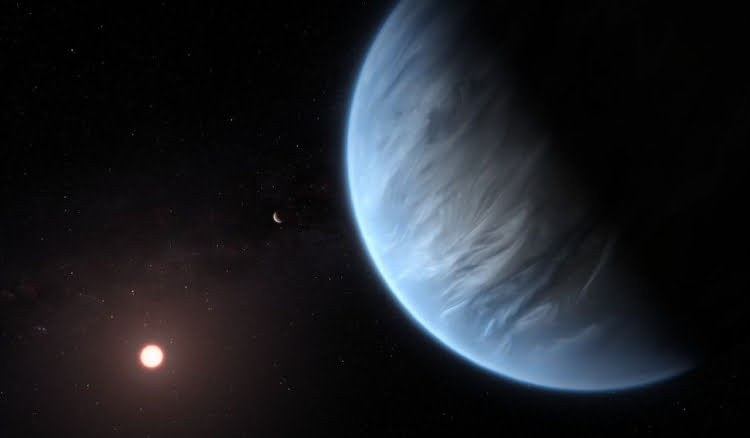 The water world in the representation of the artist. Image Source: NASA

Scientists, intrigued by data obtained by the Kepler space telescope in 2014, drew attention to the exoplanets Kepler-138c and Kepler-138d orbiting a star located 218 light-years from Earth in the constellation Lyra. For further study, the Hubble telescopes and the now defunct Spitzer telescopes were used, which helped to establish the composition of the planets – they are likely to be largely composed of water.

According to the astrophysicists involved in the project, it was previously believed that planets larger than Earth were usually jumbles of metals and rocks – which is why they are also called “super-Earths”. Now it turned out that the planets Kepler-138c and d differ markedly from the models – they are probably covered with water, which makes up a significant part of their mass. The existence of such worlds has long been predicted, but for the first time objects are observed that can be confidently called “water worlds”.

However, it is still impossible to be completely sure that the planets are really covered with water – there is no way to explore them in more detail. Nevertheless, it was possible to calculate their density. Although each of them is three times the volume of the Earth, the mass of one and the other planet is only twice as high, which indicates their low density. Such a density indirectly indicates that a significant part of the planet’s volume is occupied by something heavier than hydrogen or helium, which make up the atmospheres of gas giants – but lighter than the rocks that scientists hoped to detect. It is quite possible that we are talking about water. 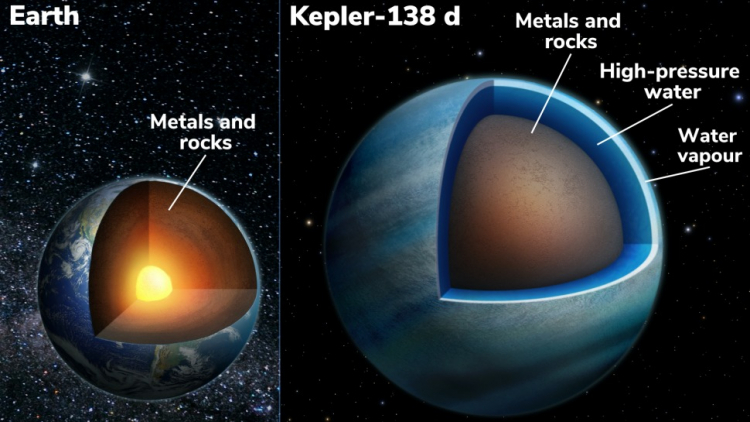 Researchers do not exclude that structurally the planets resemble some of the icy moons of the solar system, on which liquid water is hidden under the ice. At the same time, exoplanets are much larger and much closer to the local luminary Kepler-138, so the conditions on them are at least higher in temperature.

According to the researchers, the temperature of the Kepler-138c and Kepler-138d atmospheres is much higher than the boiling point of water, so the atmospheres are likely to have a lot of steam. However, under the atmosphere there must be liquid water, or water of such a temperature and under such pressure that the distinction between liquid and gas phases disappears. We are talking about the so-called. supercritical fluid.

Exotic worlds were not the only surprise in the studied star system. In 2014, astronomers discovered only three planets in it, but there is evidence of the existence of another – Kepler-138e, a small world that makes a complete revolution around the star in 38 days at a distance that, in theory, allows liquid water to exist on the surface. Additional research has shown that the closest planet to the star, Kepler-138b, is approximately the size of Mars and is one of the smallest of more than 5,000 planets so far discovered outside the solar system.

Scientists hope that the planets orbiting the red dwarf Kepler-138 will not be the last discovered objects of this type. As detection tools and techniques improve, more water worlds like Kepler-138c and d are likely to be identified.

LINEKER: "If Mbappe doesn't score a hat-trick, Messi will take the Ballon d'Or"

Mydlink Home and Baby Monitor are going end-of-service, these devices are no longer usable