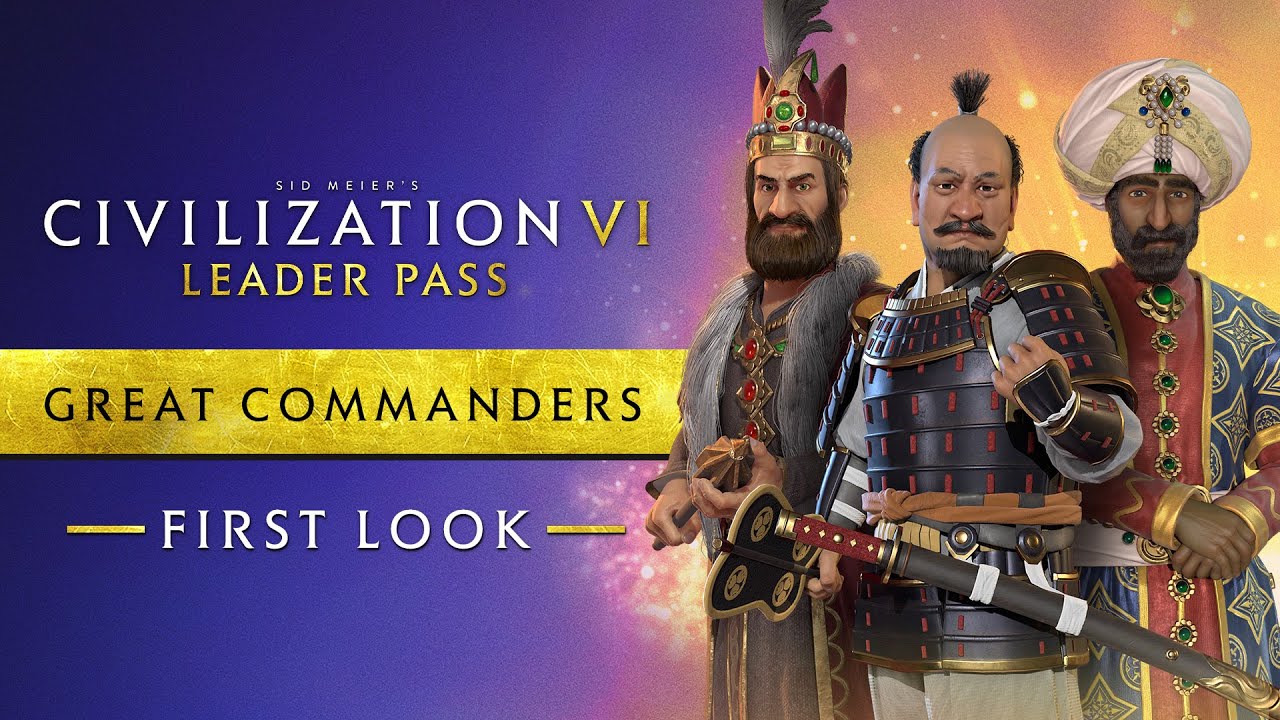 The second DLC pack for the Civilization 6 Leader Pass has been released, adding three new National Leaders to the game. This set includes three historical generals: Tokugawa from Japan, Nader Shah from Persia, and Suleiman the Magnificent from the Ottoman Empire.

Tokugawa’s base ability, Bakuhan, imposes penalties on international trade, but grants bonuses on domestic trade routes for each special area present at the destination. Combine this with the bonuses for every city within six squares of Japan’s capital, and you have every reason to build high and tight, covering as many squares as possible with districts.

Nadir Shah started life as a slave, but over time became the richest man in the world, not to mention the famous military leader. His Sword of Persia unique ability gives +5 Combat Power when attacking units at full health, which synergizes well with Persia’s Immortal special early units. Nader Shah can build a large trading empire through conquest thanks to the bonus gifts Sword of Persia gives to cities that Nader Shah was unable to find.

Deadly Duke and his black maid 2: release date and trailer

Display – Deals: GTA: The Trilogy The Definitive Edition and RDR2 for 17.99 euros each

YouTube: Unpleasant users in the comments will soon be blocked

Argentine president will not attend the 2022 World Cup final

CoD Warzone 2.0: users do not appreciate the ban on accessing the same game