I’m a simple man: I love Dragon Age and I like animated action spectacles – accordingly, Dragon Age: Absolution went straight onto my watch list after the announcement, before you “By the Maker!” can call. Now I’ve watched the Netflix series in one go and would like more, while at the same time I have to complain: the game template lacked exactly one strength for a Dragon Age series. And I’m not talking stuff like agency, attributes, or even crafting. It’s about something that’s important for a series in general, but even more so for an adaptation of Dragon Age.

Vikings: Valhalla retells the heroic adventures of some of the most famous Vikings of all time, including legendary explorer Leif Eriksson (Sam Corlett), his fiery and headstrong sister Freydis Eriksdotter (Frida Gustavsson), and ambitious Norse prince Harald Sigurdsson (Leo Suter ). Now hunted as refugees, the legendary heroes in season 2 must test their ambitions and courage beyond the fjords of Scandinavia. The epic saga of Vikings: Valhalla continues on January 12, 2023 exclusively on Netflix. Here you can see the new trailer.

Streaming tips for the Christmas season: You should definitely watch these films – do you have any favorites that you can recommend to us?

What is Dragon Age: Absolution about?

But first things first: Of course, it must first be clear what the story is before it can be criticized, which also deals with it. Absolution is set after Dragon Age: Inquisition and is about a raid by a band of thieves on a heavily guarded palace in Tevinter. There, the motley group is to steal a magical relic, which is said to pose a threat to the world in the hands of Tevinter. Responsible for this “heist”, as it is called, are mercenary Fairbanks, magician Hira, Qunari magician Qwydion, the easygoing warrior Roland and dwarven brawler Lacklon. She complements the protagonist of the series: Miriam. A former Tevinter elven slave who now harbors only hatred for the Empire. So far so good.

Dragon Age is now 13 years old: All the games and releases you should know! 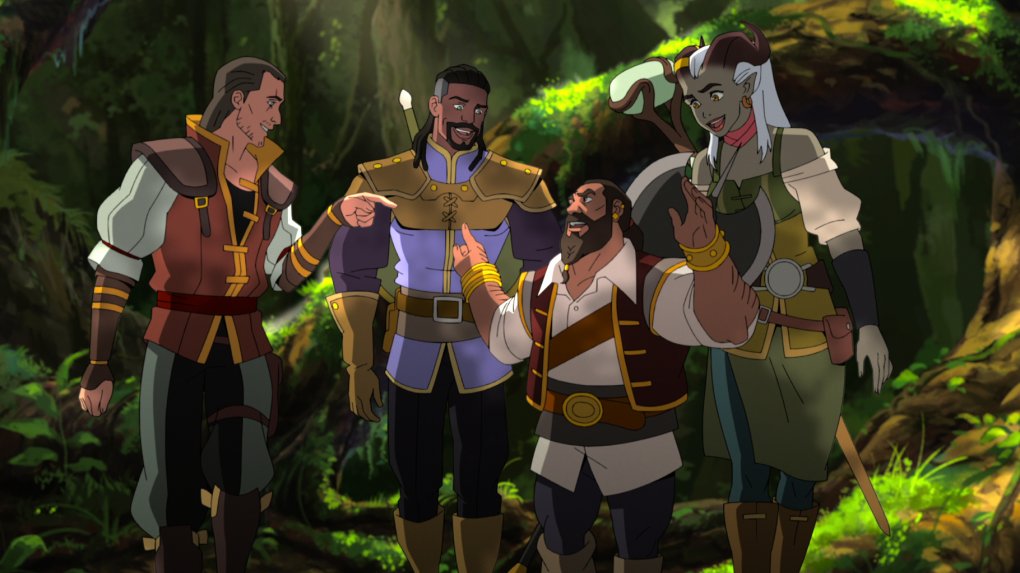 Then what is the problem with Dragon Age: Absolution? The fact that you learn next to nothing about all these characters! And that’s almost embarrassing, especially for a Dragon Age series. Finally, what sets Bioware’s RPGs apart is that each companion comes with its own story, giving you a better understanding of who to appreciate and who to worry about.

Absolution doesn’t tell you anything about most of the characters. A bubbly Qunari mage who is sillier than anyone else – that actually deserves a closer look at how such a combination came about. After all, Qunari are almost alien-different. And that this control mania rule fetish people let a magician from their own ranks run around freely? Hardly comprehensible without a background story – the rank of leader of the Inquisition still spoke for a potential Qunari magician protagonist in the game. Where the fighters Lacklon and Roland come from also remains a mystery. I only found out after watching that Fairbanks has already appeared in Inquisition because his past was ticked off in about two sentences. 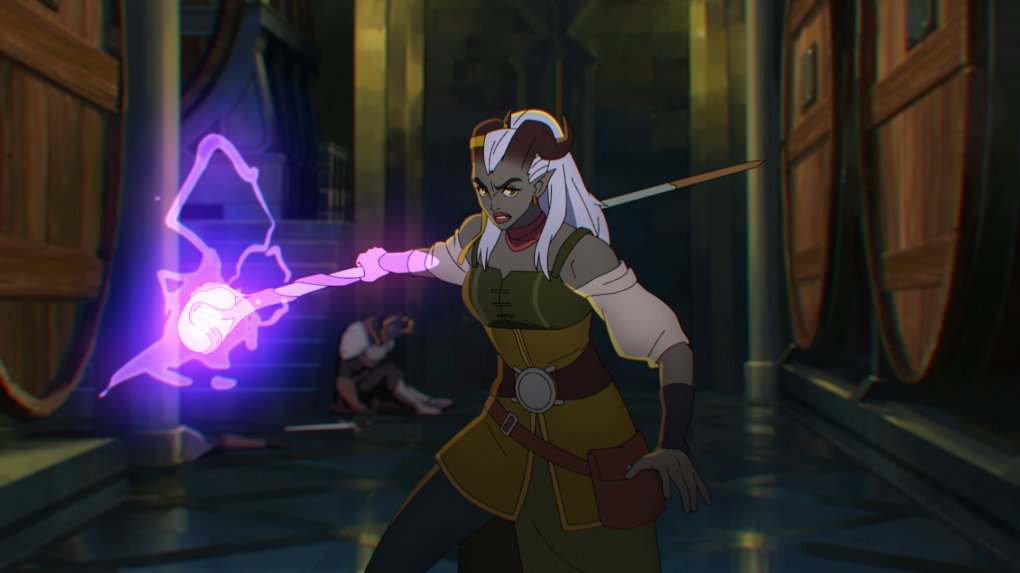 Qwydion is a babbling and cowardly Qunari mage in Dragon Age: Absolution. One would think that such a character should be explained somewhat. Source: NETFLIX Only Miriam, the heroine of the series, gets a detailed backstory, which is the bare minimum. But without reference to their companions, I really didn’t care what happened to them in the actually splendidly staged fights. Anyone could have died – my reaction would probably have been a half-baked “Oh no, not… that one”. 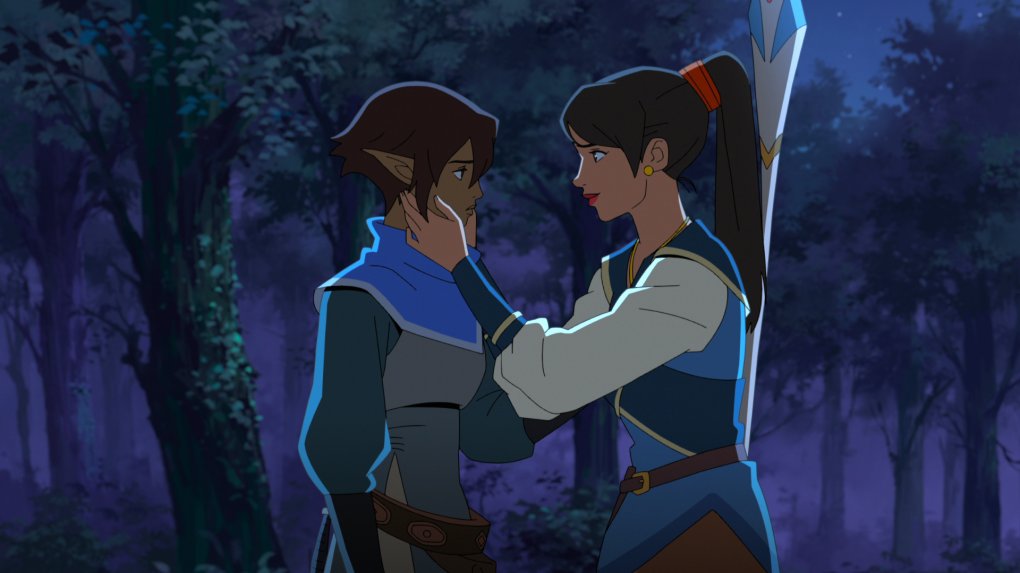 Only Miriam (left), the protagonist of Dragon Age: Absolution, gets enough screen time for the viewer to really get to know her. Source: NETFLIX

How could the problem have been avoided?

The answer to resolving my criticism is actually quite simple: Dragon Age: Absolution could have used more episodes – or at least a better use of runtime. Then the writers could have included campfire moments with personal bonding in the initial journey. Or you can donate flashbacks to past events to someone other than Miriam. Of course it would never be as extensive as in an RPG with 50+ hours of play time, but it would definitely be more than possible before. 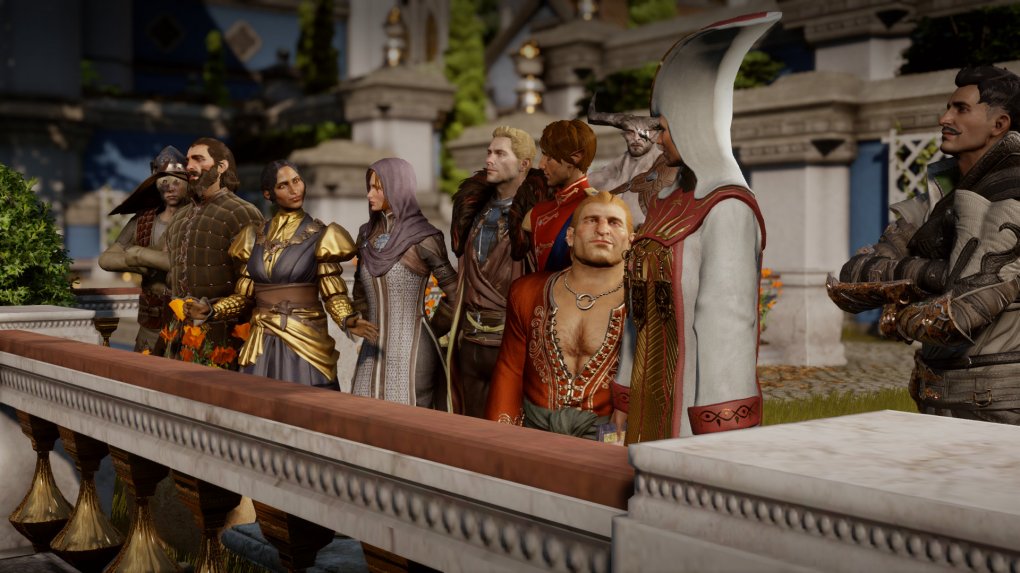 You get to know the many companions and comrades-in-arms from Dragon Age: Inquisition down to the smallest detail in the game – not so extensively possible in a series. Source: buffed

The dilemma reminds me a little of the first season of the animated series Castlevania (also available on Netflix), which only consisted of four episodes. Their advantage was at least that it was about far fewer characters.

So I’m still hoping for a second season of Dragon Age – with fewer characters, more episodes, or just a smarter use of game time. But how do you see it? Did you enjoy Dragon: Age Absolution? Do you wish for another season? Write me in the comments!