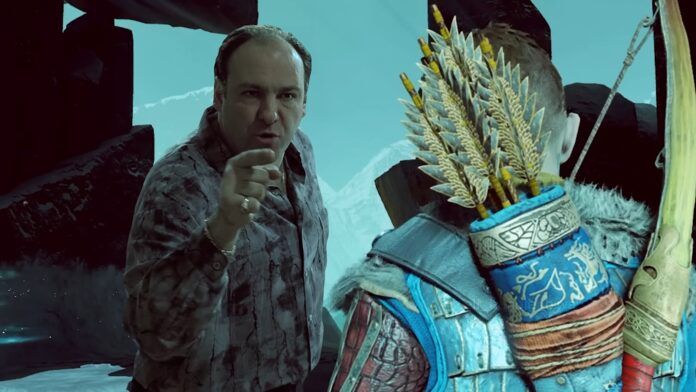 What happens when you combine what is perhaps the greatest TV series of all time and one of the best reboots ever made? handle_b.wav shows us this. Tony Soprano has in fact invaded the nine norse realms of God of War in a hilarious video parody lasting just over a minute, conceived by a fan who has been delighting us for a while with wonderful videos involving characters taken from the world of cinema, taken and brought into some of the most popular titles such as Red Dead Redemption 2, The Witcher 3 : Wild Hunt e Cyberpunk 2077, where the character of Ace Ventura, played by Jim Carrey, roams Night City.

The video sees the iconic boss of the DiMeo organization, played as we know by James Gandolfini, interacting with some of the main characters from God of War. They range from paternal talks with Atreus to accusations against Freya, who would make statements based on stereotypes. There is also a few punches and threats against Baldur, as well as a deep chat with Mimir and finally the murder of an ogre.

Did this video entertain you? Well, the Youtuber in question gives you the possibility to create your own parodies. Indeed, he created a second channel where it makes some of the assets used in the videos available to its users, complete with a green screen so as to facilitate assembly. And we also refer you to the video that vede Leslie Nielsen in Detroit: Become Human.

The award has found its heroes. England did not leave the 2022 World Cup empty-handed

Amazon offers: 3000 and 4000 series video cards at a great discount